Even Locatelli’s Artworks could not Escape Fascism

The story of painter Romualdo Locatelli, art, war, and how the Alien Property Custodian saved his last remaining work. 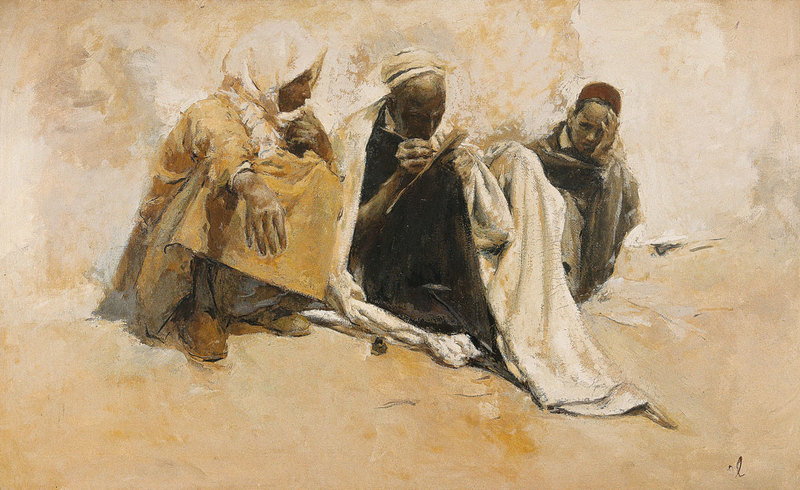 Romualdo Locatelli arrived in Java in 1939. It was clear that he came with the intention of escaping the tense political atmosphere in Italy as well as the rest of Europe. In Java, he found a paradise. “A Paradise,” he answered, “ever green, and everlasting sun with a people who always bear the smile of that sun on their faces—I have tried to express this in my work,” when asked what he thought of Java in an interview. 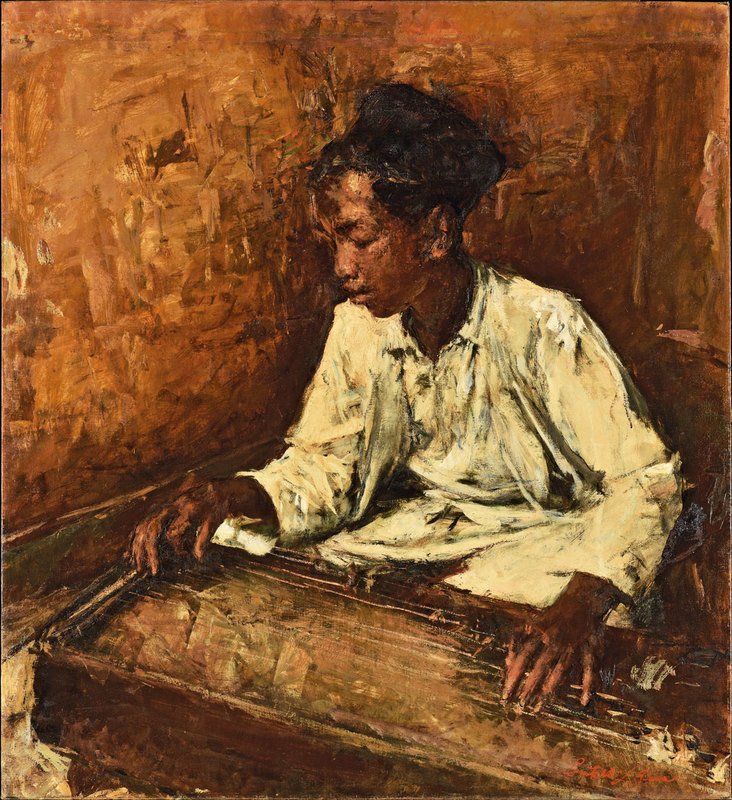 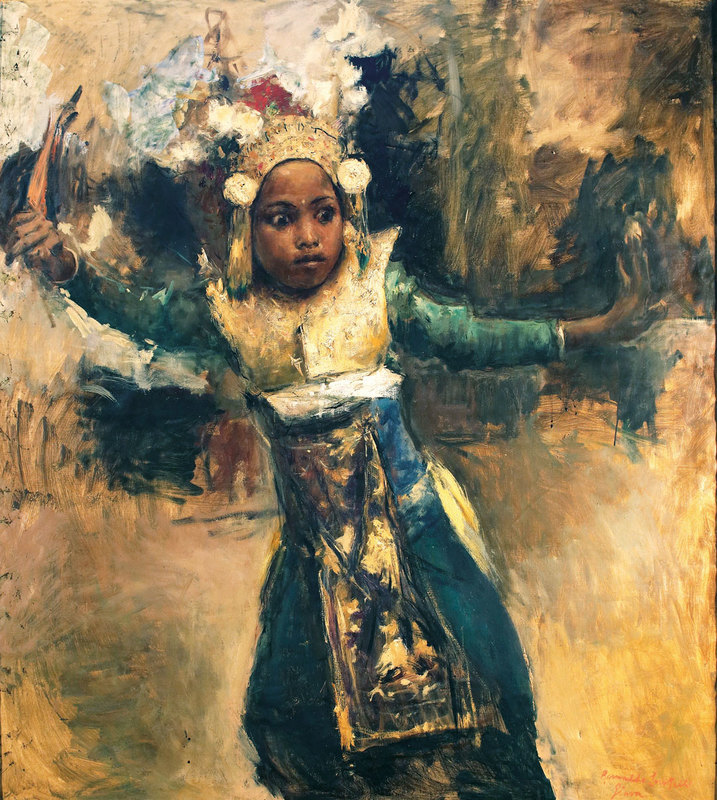 He then moved to Bali where he found another yet another paradise. The paintings from Bali were exhibited in Surabaya, 3 - 25 Feb 1940. He seems to have painted at least one in East Java and around 29 paintings in Bali. In total, he painted about 82 artworks in the Netherlands Indies.

On 10 June 1940, Mussolini led Italy to officially enter World War II as an ally of Germany. This caused trouble for Italians living in the Netherlands Indies and forced them to leave the Indies. Before long, together with fellow Italian artist Emilio Ambron, Locatelli left the Indies via Soerabaia. They headed for Manila, then Shanghai, where Ambron intended to remain briefly, and later Tokyo, the Locatelli’s next destination. Finally, the Locatellis left Japan to settle in the Philippines.

Locatelli was warmly welcomed in Philippines. Not long after his arrival, with the endorsement of the American High commissioner in the Philippines, Francis B Sayre and his wife, Elizabeth Evans Graves, who was also an artist, an exhibition of his paintings was set up at the University of the Philippines. It was opened by no less than Manuel L. Quezon, President of the Commonwealth of the Philippines.

“The Swimmer” or “Swimming”, Locatelli’s painting “of a nude Balinese girl beside a pool, holding a large banana leaf over her head and with a white flower tucked over her right ear,” attracted a lot of attention. Following the exhibition, the painting was displayed in the ballroom of the high commissioner’s residence, which at the time had been converted into a Red Cross workshop. Therefore, the painting was on display there primarily for the pleasure of the volunteers and workers of the Red Cross.

The American officers, many of whom were intrigued with art, befriended Locatelli instantly. Major James P. Wharton, who was an artist in his own right seemed to ask the Italian painter for technical advice too often, and involved him in painting classes that he held every so often. Colonel Henry H. Stickney voluntarily helped Locatelli send over a dozen of his paintings to the Douthitt Gallery in New York.

Five out of the 18 paintings that were sent were sold, even before the exhibition of Locatelli’s paintings at the New York gallery, which was held from 24 September to 1 November 1941. Perhaps due to the cynical review in the New York Times, no more paintings were sold after the show opened.

On Sunday, 7 Dec 1941, Japan launched a surprise attack on Pearl Harbour, Hawaii. This prompted the United States of America to enter the World War II. The following day Japan attacked the Philippines and eventually fully occupied the archipelago on 8 May 1942.

Romualdo experienced harassment from Japanese soldiers who had invaded the archipelago. To escape from the stress, he purchased an air rifle and took on a new hobby, bird hunting. On 24 February 1943, he departed to go bird hunting in Rizal, but never returned. Romualdo always tried to escape fascism. It was his ultimate escape. But even his art could not escape the perils of fascism.

On 11 March 1942, with Executive Order 9095, President Franklin D. Roosevelt established the Office of the Alien Property Custodian, appointing Leo Crowley as Custodian. This office had the power to seize enemy property including real estate, business enterprises, ships and intellectual property in the form of trademarks, copyrights and patents. The Locatelli paintings consigned to Douthitt were confiscated, as the artist was an Italian national. The paintings were liquidated to fund the War.

Ironically, however, the sale of the Office of the Alien Property Custodian plays an important role in allowing us to still enjoy Romualdo Locatelli’s works today. Out of the thirteen paintings sold by the Custodian, four or five have emerged in auctions. We can expect the rest to also appear in the years to come.

A new book entitled: Romualdo Locatelli - An artistic voyage from Rome, the Eternal City to Bali, the Island of the Gods, edited by Vittorio Sgarbi, published by publishing house: Skira, has just been launched Amici dei Locatelli Art Association.