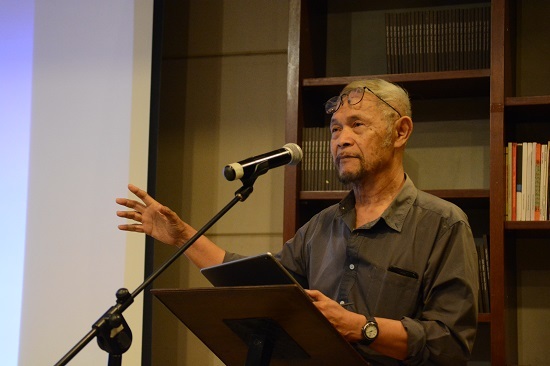 This year's Art Camp by Komunitas Salihara features a reading of Goenawan Mohamad's works and how contribution to the world of art, literature, journalism, philosophy, and Indonesian democracy. Photos Witjak Widhi Cahya/Komunitas Salihara

Art Camp aims to deepen understanding by re-reading the thoughts and works of selected characters. In 2022, commemorating the 80th anniversary of Goenawan Mohamad in 2021, the Art Camp seminar this time also raised the reading of Goenawan Mohamad's ideas, writings, and works and their contribution to the world of art, journalism, and Indonesian literature.
The choice of Goenawan Mohamad as the character discussed at Art Camp is also based on the relevance of his works in today's era, where now our freedom of expression and critical attitude are starting to be confined again due to dogmatism, fundamentalism, and hate speech.

Through Goenawan Mohamad's works, we can learn about history, thought in Indonesia and its polemics, as well as views and attitudes about humanity, art and philosophy, intersect with them too: politics and religion.

As a humanist, Goenawan Mohamad or familiarly called GM was born in Batang regency, 29 July 1941, occupies a distinctive position in the development of artistic thought in Indonesia. He is at odds with Sutan Takdir Alisjahbana and Pramoedya Ananta Toer in terms of the relationship between art and politics and development. But, like Takdir, he cultivates Western philosophy with zeal. Goenawan Mohamad's works can be said to be timeless, because even though they were written in the past, his thoughts are always relevant today.

Ni Made Purnama Sari, a writer and one of the presenters at the event, said that Goenawan Mohamad is a character who puts forward elaborative criticism as an effort to dialogue with different cultural arts ideas.

“GM is a person who has a broad dimension of work. In terms of genre, he writes poetry, prose, drama scripts, and cultural essays. From the thematic side, he cultivates the treasures of tradition to explorations of modern thought. He grew up from the intellectual generation of his time who still prioritized elaborative criticism as an effort to dialogue with different cultural and artistic ideas, even though this tradition was repressed by state power.”

Purnama continued, "And sadly, intellectual traditions like this are fading away due to the development of technology, social media and our behaviour in interacting in cyberspace: elaborative criticism is not present as an effort to build cross-points that generate knowledge, even awareness."

In addition, ´GM is a thinker who cultivates Western philosophy in his own way and needs. GM's way of philosophizing is not systematic-academic but in context and struggle is obtained from the upbringing that teaches him that thinking starts from problems (problems).” 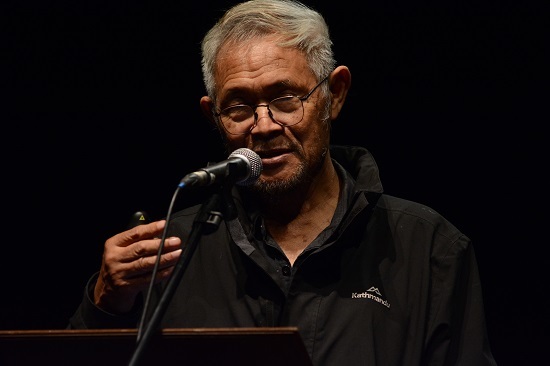 Art Camp itself is also an answer to the longing to gather and discuss art and culture directly which had been suspended for two years due to the COVID-19 pandemic. This activity will be the first step for Komunitas Salihara to finally run a physical meeting that will bring together literary and cultural connoisseurs from JaBoDeTaBek and its surroundings.

In addition, this Art Camp is also an answer to the longing to gather and discuss art and culture directly which had been suspended for two (2) years due to the COVID-19 pandemic. This activity will be the first step for Komunitas Salihara to finally run a physical meeting that will bring together literary and cultural connoisseurs from JaBoDeTaBek and its surroundings.

This weekend's activities will be held intensely for three days and two nights both offline and online. In offline activities, the participants will gather at Salihara by following strict Health protocols and will follow the presentation of Goenawan Mohamad's thoughts which will be presented by the speaker. As for online activities, participants can still follow the speaker's materials from home via Zoom meetings.

This event held intensely for three days and two nights both offline and online, from 25 to 27 March. The series of materials that participants can participate in is divided into several sessions, including:
Friday, 25 March
Session 1 | 15:30 pm – Between Poetry and Intellectualism
Speakers: Ni Made Purnama Sari, Nirwan Dewanto, Triyanto Triwikromo
Moderator: Avianti Armand

Utan Kayu Community Program Director and Art Camp Formulator: Reading Goenawan Mohamad, Ayu Utami explained that the selection of themes and speakers in the event outlines two main themes: philosophy and ideas about art. But, intersect with the two main themes, namely political and religious issues. The theme of philosophy is discussed by experts in the study of philosophy. The theme of artistic thought by practitioners.

“We invite expert speakers for the theme and see how GM cultivates that thought. For art, as well as religion, we choose people who are also involved in the art world who think about how art, language, and religion play a role or relate to society,” continued Ayu Utami.

Through the seven sessions described above, the participants are expected to be acquainted with the outlines of the history of Indonesian and world thought through the eyes of Goenawan Mohamad. It is hoped that at the end of the session, participants will be able to map out issues of thought, politics, and art from both the national and world historical contexts.

This discussion can also be an introduction to the figure of Goenawan Mohamad to readers who are interested in intellectual development in Indonesia. Readers who want to get to know Goenawan Mohamad can start by referring to Ayu Utami's reading recommendations, namely Goenawan Mohamad's poems, or by reading his short novel, Surti dan Tiga Sawunggaling.