Stories are often associated with verbal narratives, but the 2018 Indonesian Contemporary Art and Design (ICAD) came up with a different approach. It offered a visual experience, using illustrations depicting the human experience.

In its ninth year, the ICAD’s latest exhibit, “Kisah” (Story), featured 39 artists who showcased their works in a six week-long exhibit from 18 October to 30 November, at Grand Kemang Hotel, Jakarta.

ICAD invited visitors to dive into the concept of a ‘story’ that involves a process that leads to the artist’s finished work. Through a variety of platforms such as photography, graphic design, scenography, painting, sculpture, multimedia, and installations, the exhibit ensured that one  appreciated the artists’ creative efforts that carried a strong visual message.

Curated by Harry Purwanto and Hafiz Rancajal, “Kisah” featured works that were more personal, and which also told a collective depiction of human experience. This year, ICAD challenged the artists’ contribution to contemporary art and design which resulted in pieces that delivered a unique narrative. 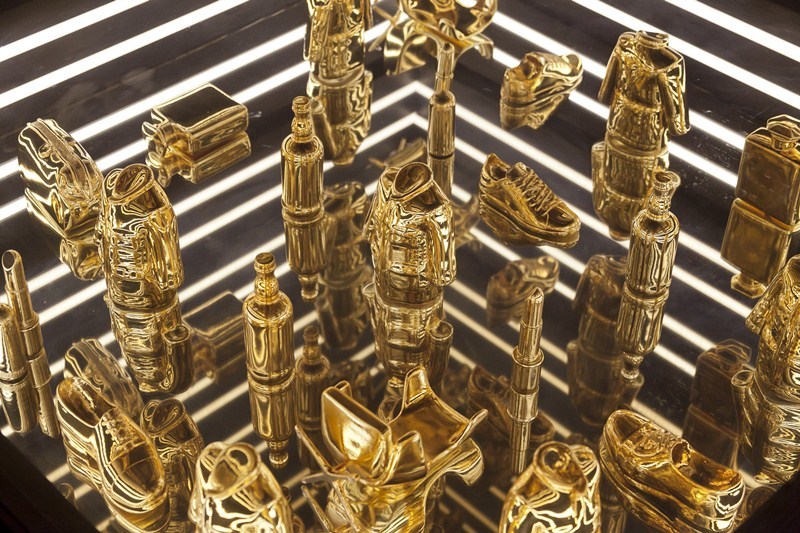 “When we talk about stories, it is a person’s experience which becomes their reality. Here, artists are challenged to share their stories with the public using different methods. Stories become their creative expression,” Harry Purwanto, the curator of ICAD 2018 and director of Yayasan Design+Art Indonesia, said.

Furthermore, Purwanto explained, the existing realities which became a personal story for the artists were transformed into new mediums and become a new reality. When it came to the creative process, it shaped more comprehensive interactions between artists and their work. “It’s a celebration of stories which sometimes come from very personal experience. Not every story can be related to the public but it also forms part of the collective reality and has a national context. It is always bound by the social world that constructs it,” Purwanto said. 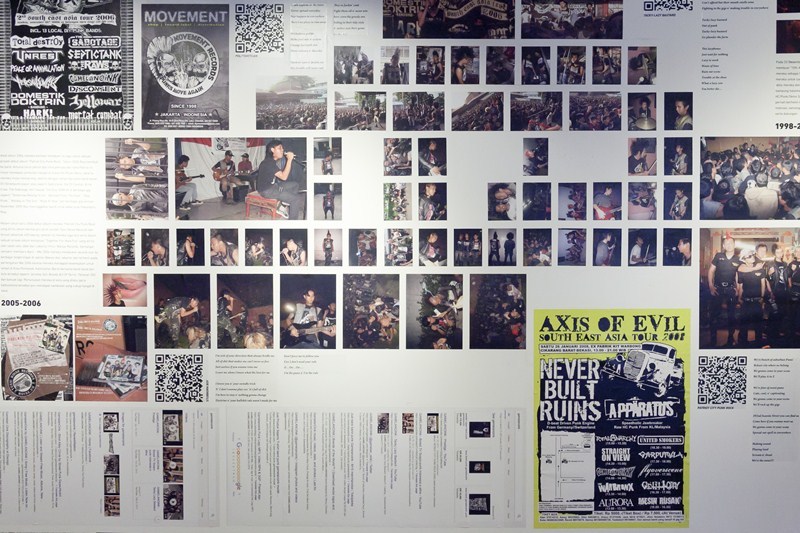 In the hotel’s lobby, the contemporary works spread through different spots throughout hallway, blending with the hotel’s interiors, almost as if these works were part of the decoration.

“On the other hand, we have to accommodate [the artists’] idea to make the most possible art at the hotel. We came up with many discussions with artists to make sure everybody has spotlight. Sometimes artists have a certain vision to implement their idea as someone are excited to tell their stories,” Purwanto noted.

In the square white room, Aceh-born performance artist Agus Nur Amal, popularly known as PM Toh, built a playground from everyday objects to describe his stories. He compiled props from used objects—bucket lids and plastic bottles—to create a simple scene to illustrate cheap entertainment. It came from his stories during the 2004 Tsunami in Aceh where people had limited access to entertainment following the long-term recovery effort.

The Jadugar built an multimedia installation “Re-Branding of The Jadugar” in assemble of tapes, music video, camcorder, and photos to illustrates early 2000’s clip production. “Proyek Pasar Minggu” by Milisifilem Collective is one of collective story that spot a scene in traditional market, Pasar Minggu using Chinese ink on paper with charcoal. Andang Kelana explores the life of Gamelanonink in “20 Years of Nothing”, a poster design that depicts the history of Indonesia’s punk community. 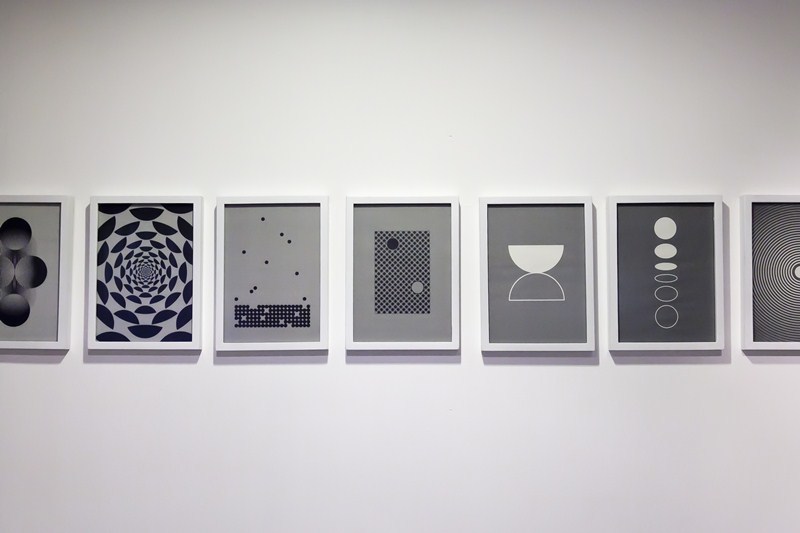 Rio Setia Monata created mixed media with a variable dimension for his work “Semesta”. His work described the imagining meeting point of memories from the future and the past. In the corner, a whole room was dedicated to music from Indie-pop band White Shoes and the Couples Company where one could feel and listen to the brand’s aesthetic direction that illustrated Jakarta’s style in the 1950s.

In addition to displaying artwork, ICAD 2018 also invited several creative figures who shared insights on film, art and design. Jon Kuyper, a Hollywood Production Executive who worked on blockbuster films such as “The Hunger Games,” “The Great Gatsby,” and “The Hobbit” was invited along with Indonesian film producer Mira Lesmana.