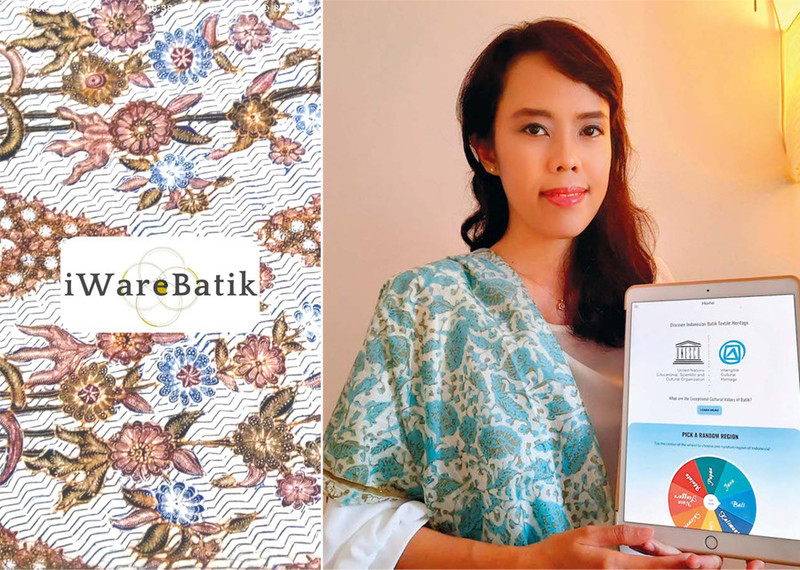 A new website and app celebrating all things batik aim to educate people on the colourful fabrics from Indonesia.

Indonesians have used the batik technique of adorning fabrics with elaborate patterns for more than 1,400 years, making it arguably one of the oldest in the world. Over the centuries, the process of dyeing fabrics spread throughout the country, with each region across the archipelago creating its own traditional motifs.

iWareBatik, a website and newly launched app, honours this Indonesian tradition by taking a deep dive into the history of batik. The project is led by research coordinator Puspita Ayu Permatasari, a PhD candidate at The Institute of Digital Technologies for Communication, USI (Università della Svizzera italiana, Lugano, Switzerland). Prior to moving to Switzerland, she obtained her bachelor’s degree in Chinese Studies at the University of Indonesia and a master’s degree in Management of World Heritage Sites and Tourism at Sorbonne University in France. 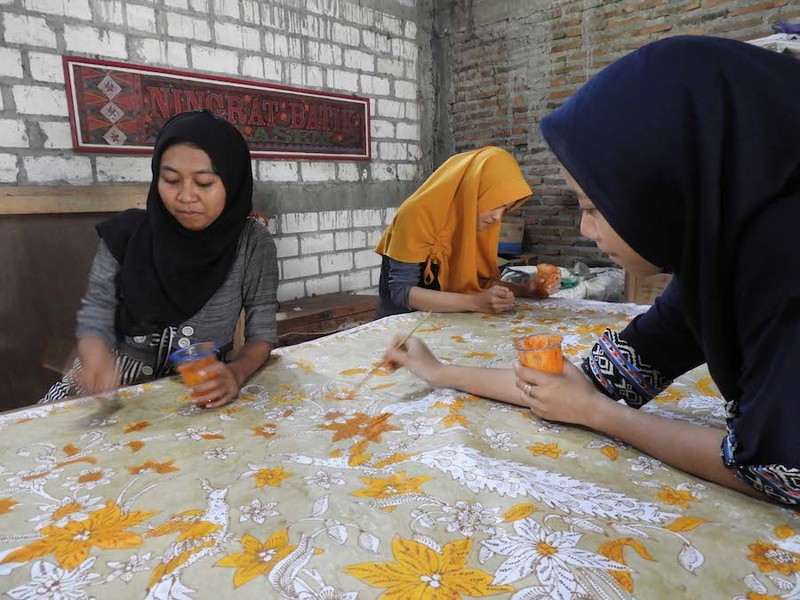 “The goal of iWareBatik is to reignite people’s passion for learning and understanding the Indonesian batik tradition, which was recognised as intangible cultural heritage by UNESCO in 2009,” Puspita says.

“iWareBatik stands for ‘I am AWARE of Batik’, ‘interactive software of Batik.’ At the same time, it’s a wordplay on ‘I wear Batik.’ The project aims to better communicate the exceptional socio-cultural values of batik in tourism and fashion contexts through new forms of digital media.”

In addition to the website, the team behind iWareBatik launched a mobile app – available for free on Android and iOs in both English and Indonesian. The launch of the app coincided with the 75th Independence Day of Indonesia and was realised with the support from the Indonesian LPDP scholarship, the Sobat Budaya Association, the USI eLab, and the USI UNESCO Chair at ICT.

“The creation of iWareBatik digital technologies is also aimed at raising the awareness of people towards sustainable tourism and preservation of UNESCO heritage properties (WHSs/ICH) in Indonesia,” explains Puspita.

Overall, iWareBatik presents the variety of Indonesian textile heritage such as batik, songket embroidery, woven textiles, and more. Each region in Indonesia has its own distinctive batik motifs, which are deeply connected to their history and philosophical values. 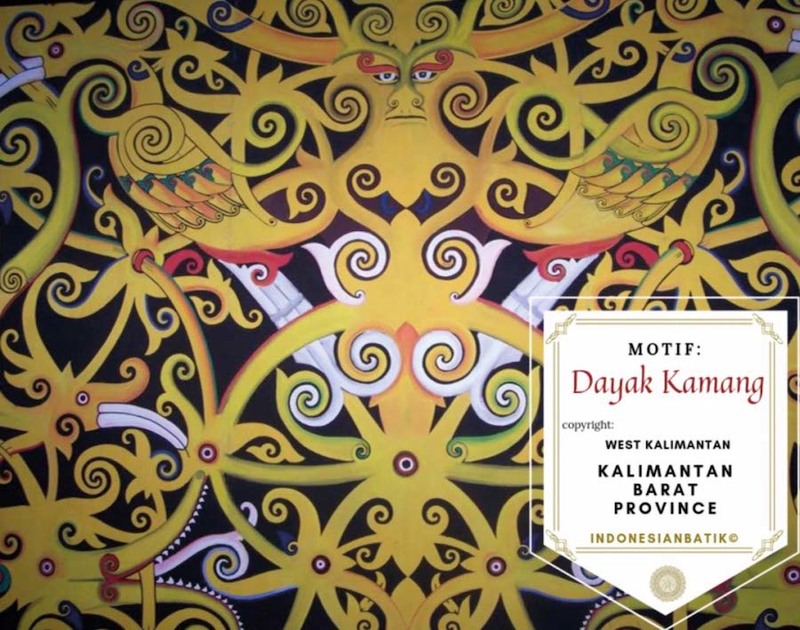 “By focusing on the batik storyline, we can present the cultural richness, the landscape and the history of a region through the beauty of its textile heritage,” Puspita says.

Moreover, she adds, iWareBatik aims to support Indonesian policy towards the batik industry and digitalisation, which consists of the use of batik attire for civil servants every Friday (Presidential Decree, 2009), the digital promotion of batik through websites and mobile apps (Ministry of State-owned Enterprises, 2017) and the national movement of creating 1000 start-ups.

The visually appealing app and website help users to identify the variety of batik textiles, the philosophical values behind the motifs, places of origin and information about local producers.

“Since batik characterises the culture of each region in Indonesia, iWareBatik also features information about 129 Indonesian tourist destinations related to batik and UNESCO sites,” Puspita says.

The feature “one minute visual journey”, available for each region, allows users to travel virtually to the most scenic destinations across the archipelago, whereas the batik recognition tool (BRT) provides a new learning experience. The BRT can recognise batik textile patterns according to eight different motif classifications: Kawung, Gurda, Parang, Lereng, Ceplok, Ampiek, Merak and Mega Mendung. 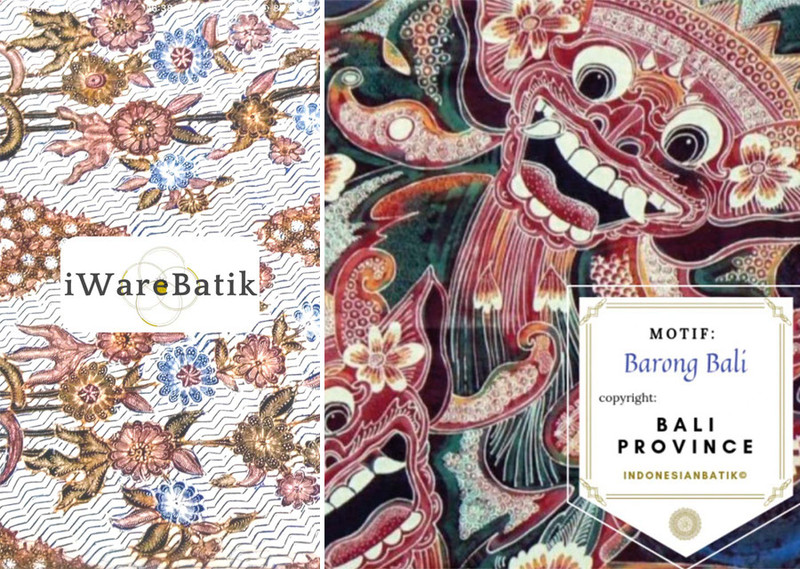 “We hope that iWareBatik can become an example of how to use digital technology to promote the preservation of batik as intangible cultural heritage.” On one hand, we aim to improve the capacity building of batik stakeholders, particularly batik producers in terms of recognizing the socio-cultural values of batik motifs,” Puspita explains. “On the other hand, we want iWareBatik to help consumers, especially young people, to identify and respect the exceptional cultural value of batik. As a result, they might be willing to support local producers and thus support the safeguarding practice of batik by buying the authentic batik textiles.”

Puspita adds that she is very happy about the number of downloads and website visits so far: almost 15,000 visitors on the website over the last three months as well as around 1,400 downloads of the app in total show that iWareBatik has attracted attention and interest.

The current pandemic, which has changed everyone’s life – both personally and professionally – might slightly affect the evaluation of the project, Puspita says.

“Initially, we planned to conduct the evaluation in some batik cities and villages across Indonesia,” she explains. “However, due to the restrictions caused by the pandemic, the evaluation process needs to be conducted online. It may not be a significant problem, but we certainly need to adapt it to the current situation.”

A Discussion with Amir Sidharta on Art Today

The Evolving Art World: An Interview with Deborah Iskandar