Indonesian artist Lie Fhung, who is currently based in Hong Kong, returns to Jakarta with her solo exhibition “Life Force” at Dia.lo.gue Artspace in Kemang. 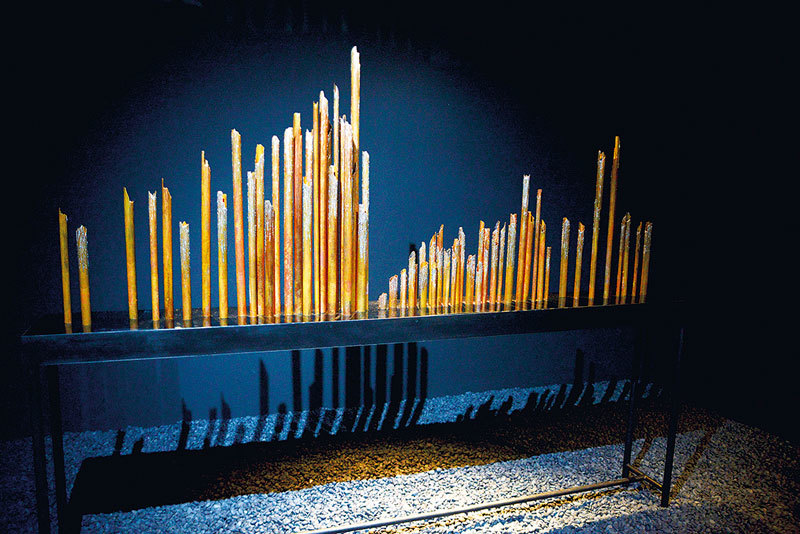 “The paradoxical power of Lie Fhung’s new solo exhibition, Life Force, lies in the way it envelops us within a physical and emotional terrain that is at once captivating and terrifying,” Valerie C. Doran, a Hong Kong-based curator and writer, states in the exhibition catalogue.

“This is a world marked by fragility and force, with dizzying changes in perspective lead us to being jagged gleaming cliffs and delicately translucent white flowers; […] to monumental mountainscapes of oxidized copper, hammered, etched, carved and torched into being; and to the crepuscular darkness of an otherworldly garden whose eerie ceramic blossoms, suspended in mid-air by twisted metal vines, can crumble at the slightest touch.”

Lie Fhung, who was born and raised in Jakarta, studied Fine Arts at the Bandung Institute of Technology, majoring in Ceramics. Throughout her career, the artist has dealt with subject matters that are of a private and most intimate nature: hidden layers within dreams, memories, human emotions and their drives.

This solo exhibition is the artist’s record of her experience of paradoxical interplay between life force and death wish, and how they are part of the same cycle of life, endlessly moving between one another: decay,destruction, death. Renewal, growth, life. 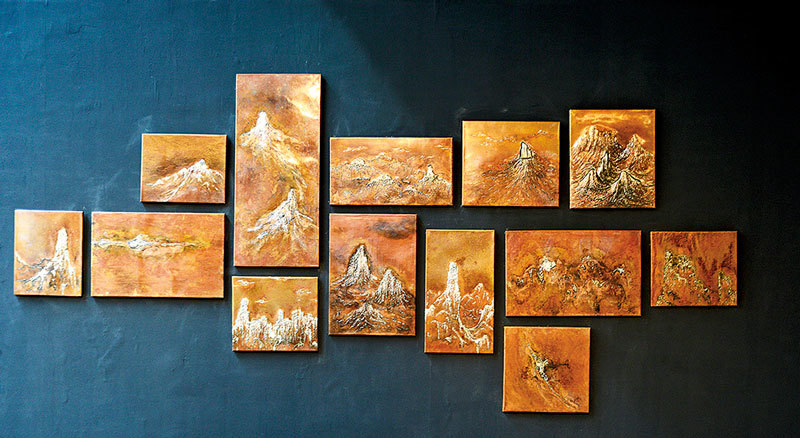 “Art making is my way to contemplate and to bear witness to personal stories,” Lie Fhung says on her website. “For me, the act of creating is a matter of existence and survival.”

She adds that she feels a primal urge to create, “a continuous struggle to flesh out her visions, to release them out there, to let them touch and be touched by others.”

To realise her artistic visions, Lie Fhung explains, she likes to explore different mediums and chooses the one that speaks to her: from porcelain to paint, metal, fabric, and digital prints, which are often presented in the form of installations.

“Life Force” showcases works by Lie Fhung that have been created over the past couple of years, mainly using clay and metal - two materials that seem contrasting at first, but form a strong link in the artist’s oeuvre. 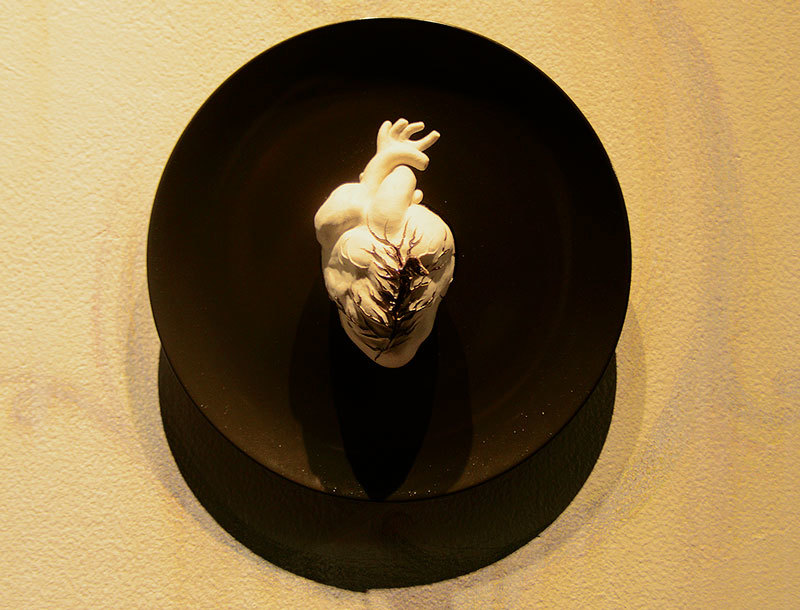 For the main installation of the exhibition and its namesake, “Life Force”, she has used porcelain as it is both strong and fragile at the same time. Porcelain is the most durable form of ceramics but can become fragile and easily breakable when presented in very thin shapes.

Other works reflect Lie Fhung’s fascination with copper, a material she has been drawn to since her days at Bandung Institute of Technology. Many of the artworks on display use copper as primary material, including “Dormant”, a figurative piece that shows a woman lying on her back, a tiny heart with wings emerging from her chest.

Valerie C. Doran describes “Dormant” as “both the centre and the beginning of all the work that has come from Fhung’s hands in the last four years. It is like the the space between two breaths, between the exhale and the inhale, containing with it the infinite and critical question of what comes next, after the breath has been knocked out of the body.”

Lie Fhung’s artworks are both sombre and hopeful: they gallery is filled with an aura of melancholy, yet one doesn’t leave the exhibition in a gloomy state of mind, but rather pensive, re-evaluating questions about taking risks, enjoying precious moments, facing challenges on the road ahead, and reflecting about the fine line between life and death.