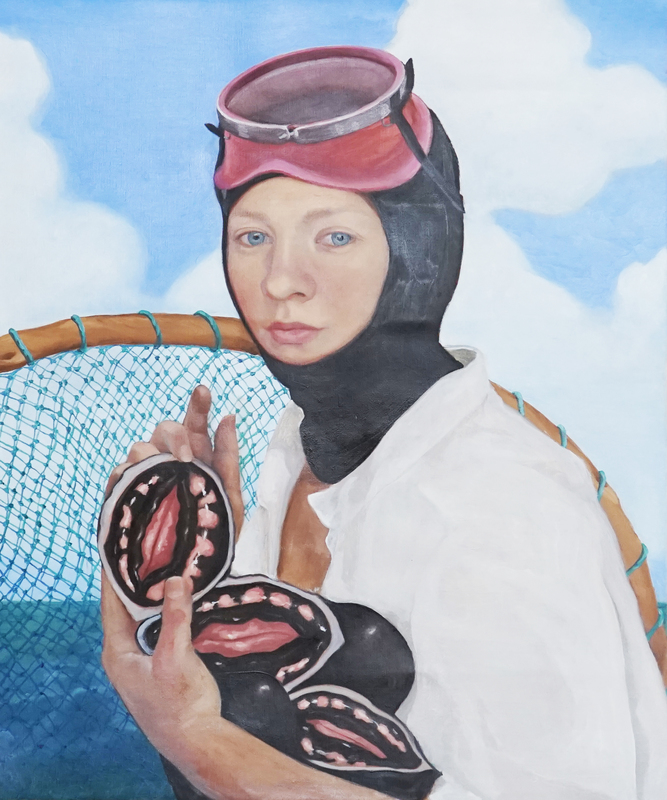 Discovering a new exhibition exploring the idea of the visual arts as a critical 'eye' on an increasingly connected yet polarized world.

The Embassy of Ireland in Indonesia and Jakarta Land, in collaboration with ISA Art and Design presents an art exhibition, “Ireland’s Eye” featuring six-emerging artists whose artistic talents were forged in postgraduate Fine Art studies in Dublin, Ireland.

Perched between the European and American continents on the edge of the wild Atlantic, throughout history the island or Ireland made significant contributions to the worlds of knowledge, culture, and entertainment. From this vantage point, Ireland is a placed to ‘keep an eye on things’ in an ever-changing world. And from those observations, the people of Ireland have into a shaped an independent, inventive, and creative people.

Mata Irlandia, or “Ireland’s Eye” is a new exhibition exploring the idea of the visual arts as a critical ‘eye’ on an increasingly connected, yet polarised world. Ireland’s recent history has much in common with Indonesia’s journey to independence. In Ireland, the revolutionary poets and writers helped to imagine the new nation into being, while in Indonesia, the visual artists played a central role in envisioning a singular nation born from the myriad colonial and archipelagic histories and cultures. Today, the island nations of Ireland and Indonesia share in common a deep sense of cultural and artistic identity that is manifested in many forms, from singing and dancing, to cloth weaving and urban art.

Showcased at World Trade Center 2 Jakarta until 17th June, the exhibition invites people to witness a variety of artistic approaches of the six talented artists who grapple with fundamental questions that confront us all, such as, what defines our individual and collective identities; and whether childhood memories, objects from our past, gendered bodies, parenthood or a sense of place and ‘home’ shape who we are. They explore how we represent ourselves in a ‘place’ like Ireland in this exhibition.

Jamie Cross, from Cavan, Ireland, explores everyday household objects and the spaces they occupy. Through his works, he tries to answer the questions, when does space begin? He is interested in exploring uninhabitable areas and producing the concept of that space through one’s experience. Through his two works, A Shot View and Screenshot, Jamie invites us to interpret where the objects displayed in the image come from.

Bara Palcik, presents a 15-minute video entitled Hiding in the Grain, an autobiographical film based around key life events. The video art presents a woman’s voice-over asking questions and confessing; she brings you to places and introduces you to her vanishing friendships. The video, full of personal memories, explores the notion of identity and examines that ‘in-between’ space of not belonging. Her work makes no distinctions in one’s sexual preference, it proposes non-binary identities and encourages the fact that a person’s gender identity does not have to be limited to being female or male. Bara’s work is inspired by her own memories and life experience growing up in the Czech Republic.

Louis Haugh, from Dublin, Ireland, works across photography, video, and installation, towards both gallery and non-gallery-based outcomes. His practice is concerned with ecology, history, sociology, identity, and place. His long-term research project looks at the history of commercial forestry in Ireland and the colonial histories that led to both the deforestation of Ireland up to 1850 and the subsequent reforestation of post-independence Ireland over the last century. He shows a print on wall sticker to illustrate it through 12,086km South West of Here.

Three paintings depicting a woman, Abalone, HoMi Hand Plow and Bari Rock by Vanessa Jones are sufficient to explain our interpretation of the artist. Vanessa, from Tennessee, is a figurative painter whose practice explores themes around the ‘feminine’ using self-portraiture. Working traditionally in oils, she employs the history of Western painting alongside medieval and primordial symbolic associations, engaging with myth, beauty, replication, and duality as it relates to feminine archetypes. Her ‘personas’ inhabit familiar yet unknown landscapes that are rich in cultural symbolism, and as ‘self-portraits’, the paintings conflate Western and Eastern cultures to reflect her own dual American and Korean heritage.

Meanwhile Ciara Roche, explores the experience of everyday public places and how we move through these spaces: gas stations, luxury retail displays where one is encouraged to spend both time and money. She explores through detailed research and painted representations, how these places are constructed to encourage needs, and how the attainment of material objects is a measure of a person’s success. How we are constantly seeking the next thing to make us happy but inevitably it never does. Nine 15x21 paintings on the exhibition walls in soft colours, Green Park 2, Smegs, Mannequin Pose 5, Charlotte Tilbury, Mannequin Pose 6, Shopping Centre, Agent Provocateur, Mannequin Pose 7, and Technology.

And, Anishta Chooramun, born in Mauritius, she explores the displacement and the forever-changing aspect of identities. She has been working on sculptural interpretation of dance, performed by nomadic travellers. She focuses on elements of ritual and storytelling within the classical dance tradition of Kathak (Indian dance) finding ways to translate gestures from physical performance into objects. Her work Little Pieces of Us, a sculpture created based on her previous sculptures’ reminiscence. It’s an abstract jigsaw puzzle made from various materials. She uses photographic images taken from various angles of her sculptures to create this art piece. The material and colours used expose the fragmentation of thought and feelings. She sees society as a jigsaw puzzle that functions through coexistence and co-dependency. She curious about how humans affect each other and how they conceptualise identity.

The works of these artists curated by Mark Joyce from Institute of Art, Design and Technology and Dr. Sarah Durcan of the National College of Art and Design, Dublin.