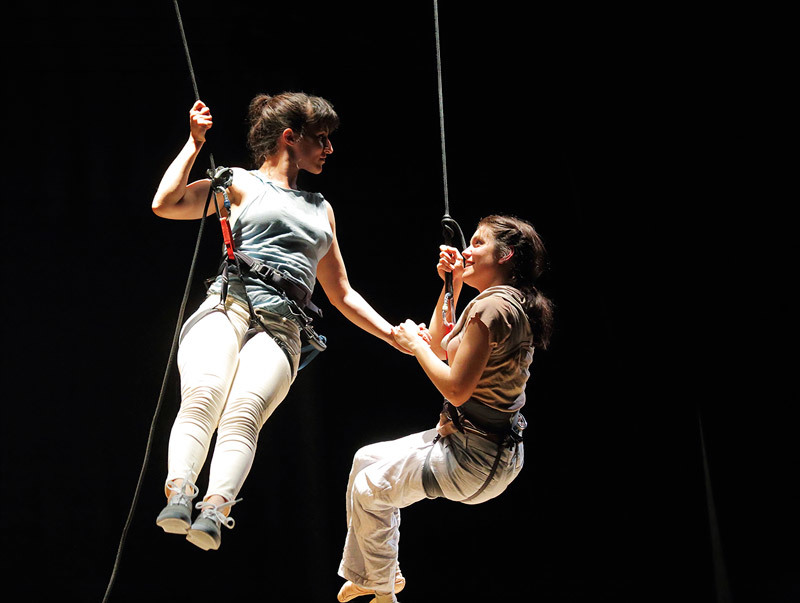 In September, Magali was in Indonesia to take part in the 2nd Indonesian Ballet Gala and host several workshops and lectures across the country, including in Jakarta at French cultural center Institut Français d’Indonésie, to share her inspiring story.

Growing up, Magali spent most of her time in and out of different hospitals in southern France. “My education suffered as a result, as I frequently moved back and forth between hospitals, therapy centers and schools,” she recalled. “However, this didn’t stop me from studying later on and become a professional dancer and actor.” 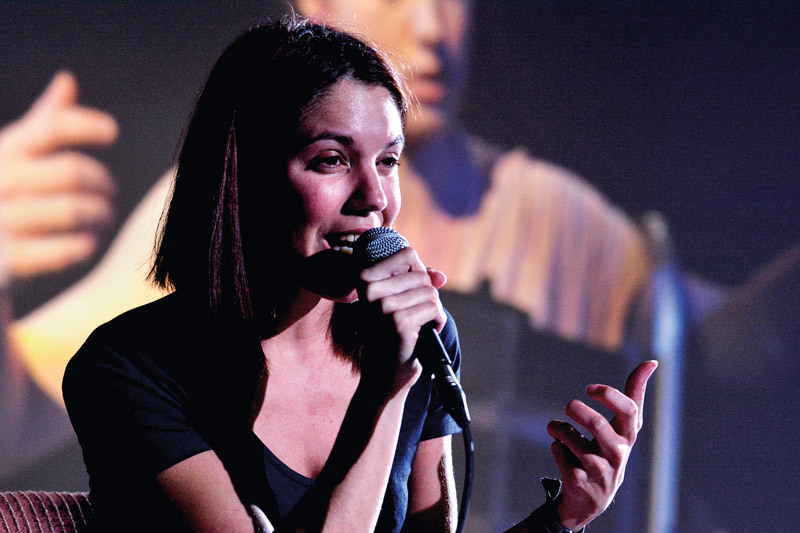 During her childhood and teenage years, Magali found it hard to accept her condition. In fact, she acknowledged that she is still struggling with it today, as there is no cure for cerebral palsy. “I am confronted with this reality every day,” she said.

Magali began to immerse herself in theater and dance at the age of 8, but couldn’t continue her training because of her condition. Later on, it was one of her doctors who encouraged Magali to join a theater group again in order to be able to meet new people and express herself on stage. 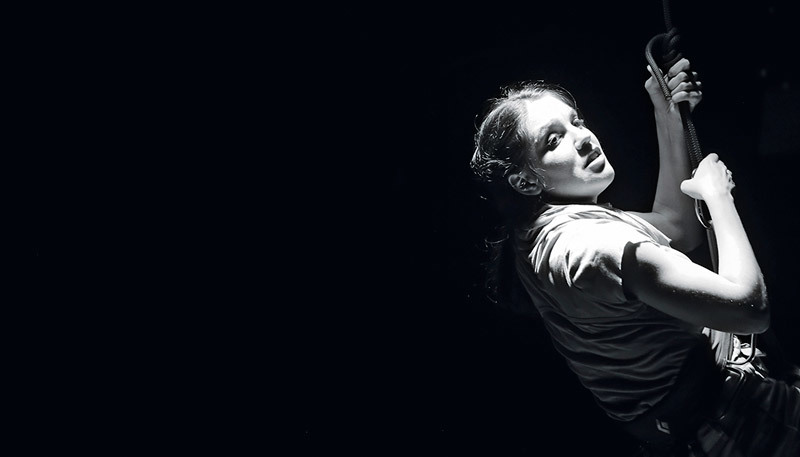 She eventually obtained both her bachelor’s and master’s degree in theater studies from the University Paris III Sorbonne-Nouvelle. Magali cites German choreographer Pina Bausch as one of her greatest inspirations and strongest influence in her work as a performer.

“I can communicate fluently, but I needed to explore a language that I wasn’t familiar with – body language,” she explained. “To do so, I tried to explore the inspiration of dance that comes from my differences. I cultivate memories that I have not been aware of at the time: memories about irregular, uncontrolled and unintended movements, the stiffness and weakness of my muscles, and even the contradiction of my pathological condition.” 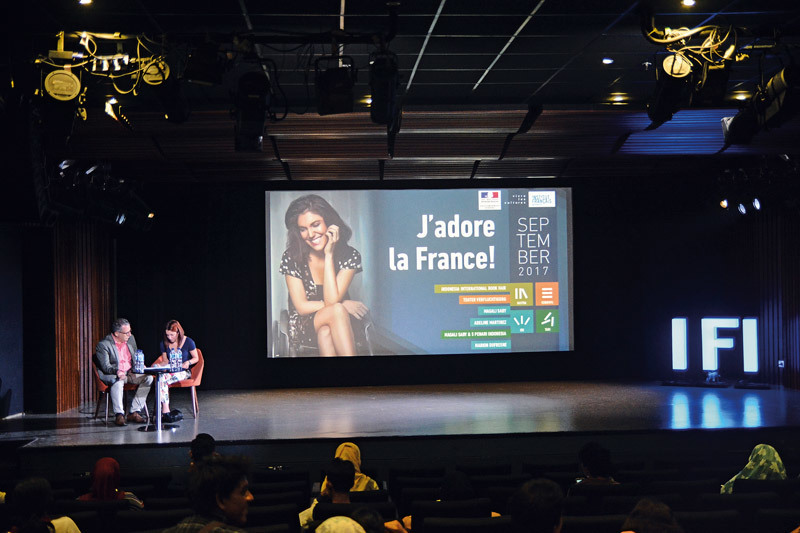 It hasn’t been an easy path for Magali, yet despite having to overcome many challenges, she never looked back – also thanks to the unfailing love and support of her family, in particular her mother.

“Until a few years ago, I felt imprisoned in my own body without being able to find freedom,” the 31-year-old said. “Freedom is important. Release the body, move without anticipation, dare to show this body at any time, eliminate all forms of self-judgment, dare to fall and to be imperfect. Dance and art provide an opportunity to do all that. A freedom of its own.” 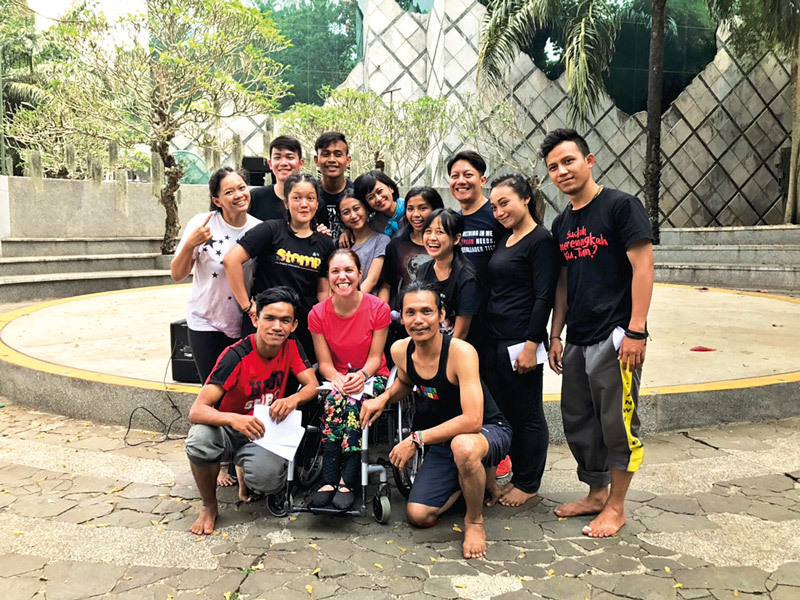 Despite her personal success, Magali still faces a lot of stigma. Trying to break free of stereotypes, she dreams of being seen as a performer – and as a performer only, without the distinction of being a person with disabilities.

“When I am on stage, I am a dancer, not a disabled person who dances,” she stressed. “It is very important to understand that, especially if we want to give legitimacy to artists with disabilities.” 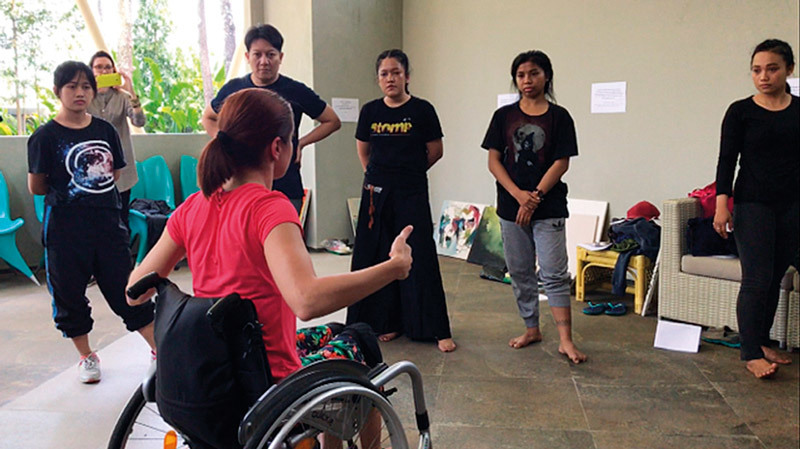 She added that it is still difficult for people to accept that a person with disabilities can become an artist – therefore, it is most crucial to inform and educate the public in order to shatter the stigma and stereotype.

According to Magali, the attitude towards people with disabilities in her home country France also still needs a lot of improvement. 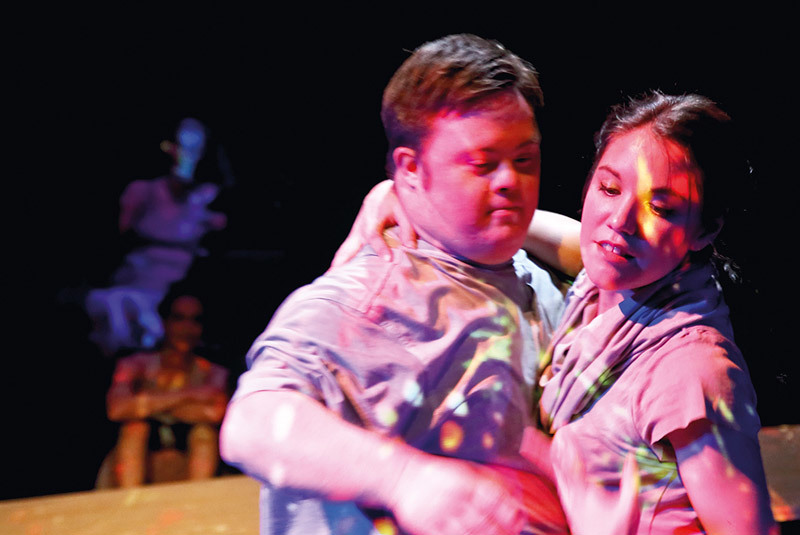 “Many French still regard people with disabilities as something out of the norm, especially when it comes to the performing arts,” she explained. “We still have a long road ahead of us to change their way of thinking and attitude towards performers with disabilities. Be that as it may, I am very grateful for the many opportunities that I had and the support I received, including my visit here in Indonesia. It makes me happy and proud.”

Many of the projects Magali is involved in take place abroad, such as Greece, Turkey, Belgium, England and Germany. Now she can add Indonesia to the list. 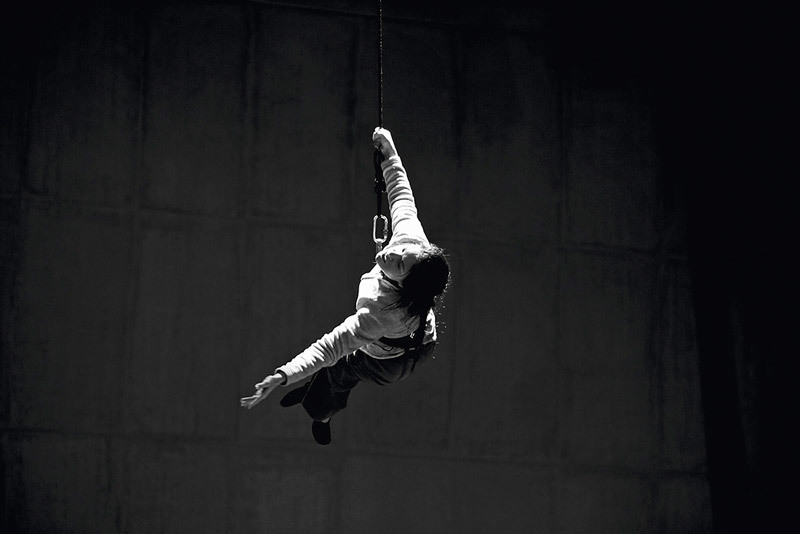 “It is important for an artist to enrich his or her aesthetic qualities through the unique culture, customs and traditions of a country,” she said. “Indonesia is a rich and beautiful country, the people are very welcoming, warm and friendly. I am proud to be able to deliver a positive message about being different through my profession. This is the goal I strive to achieve every day.”

Magali hopes that her visit to Indonesia will contribute to shed a positive light on inclusive dance in the country, and that it will be the beginning of a great adventure whose outcome and effects will be felt for many years to come.

“Nobody is perfect,” she concluded with a bright smile. “But everyone can dance.”