Promoting Indonesian Artists on Both Local and Global Stage

At the beginning of their career, young artists need a platform to showcase their works in order to establish themselves in the art industry and be recognized. In addition to major art exhibitions, such as Jakarta Biennale, Art Stage Jakarta and ARTJOG, the private sector plays an increasingly important role to promote the works of artists and put them in the spotlight. 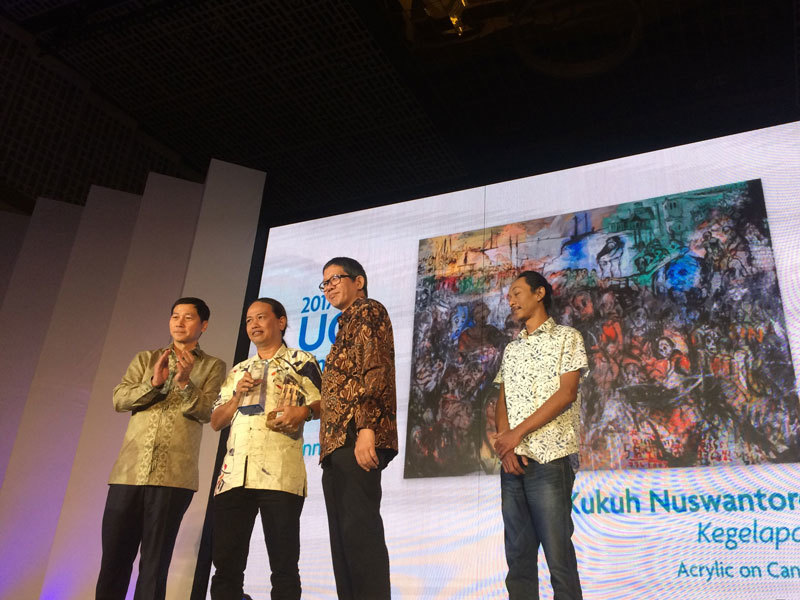 Every year, PT Bank UOB Indonesia (UOB Indonesia) lends it support to the art industry by hosting “UOB Painting of the Year”. Already in its seventh edition, in 2017 Kukuh Nuswantoro was named the winner of the competition for his painting titled “Darkness (Kegelapan)”. The jury consisted of three industry experts, namely Agung Hujatnikajennong, Independent Curator and Lecturer of Institute Technology Bandung (ITB); Hendro Wiyanto, Art Curator; and Anindityo Adipurnomo, an artist, Cemeti Owner, as well as Co-Founder of Indonesia Archive Art (IVAA).

Kevin Lam, President Director of UOB Indonesia said that the company will continue to support the Indonesian art industry by holding this competition and exhibition. In addition, the winners have the opportunity to get an even broader exposure by participating in the follow up event “UOB Southeast Asia Painting of The Year”. In the past, this competition has spawned numerous career opportunities for artists in Indonesia.

“Through this competition, we actively participate and engage Indonesia’s art industry in the regional context of Southeast Asia,” Lam explained. “With our broadcommunity network, the artworks are going to be more appreciated.”

According to Kevin Lam, Indonesian artists have won UOB Southeast Asian Painting of the Year four times: Y Indra Wahyu in 2012, Antonius Subiyanto in 2014, Anggar Prasetyo in 2015, and Gatot Indrajati in 2016.

Ricky Joseph Pesik, Vice Chairmen of the Creative Economy Agency (BEKRAF), said that Indonesia’s art industry has a more advanced ecosystem compared to other sectors. By strengthening the industry performance, a collaboration between government and the private sector could become the catalyst for further improving and moving forward.

“ The UOB initiative adds value to our talented Indonesian artists on an international stage. I hope there will be more cooperation between the government and the private sector in the future, as fine art is an important vehicle to deliver important messages of culture and the world’s progress,” Pesik said at the opening. 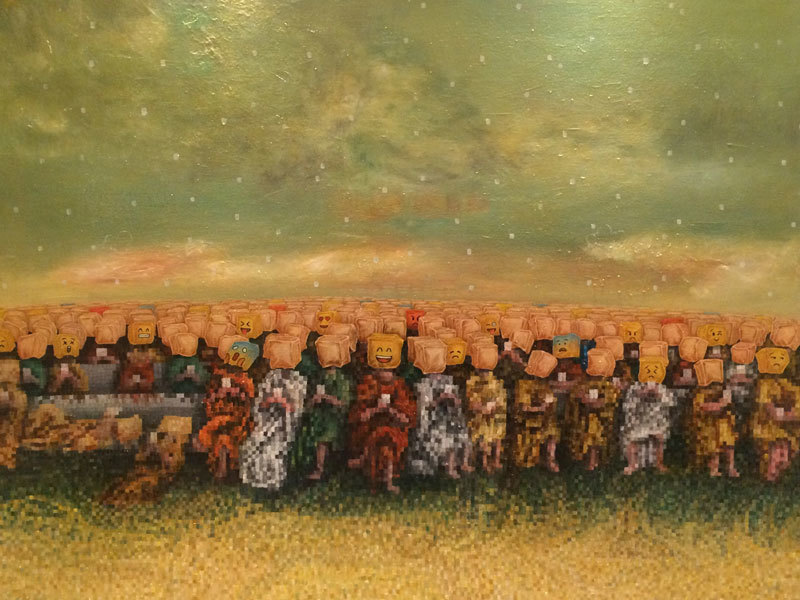 An Open Opportunity for Artists
Nuswantoro’s painting was chosen as the best entry from more than 500 submitted artworks. The other finalists in the Professional Artists category were Citra Sasmita with “Old Mountain and Imaginary Pillar”, Decky Firmansyah with “After Rain”, and I Wayan Arnata with “Foot Prints”.

The work of the 51-year-old winner explores ideas about a chaos, greediness and what kind of impact they might have on afterlife. Nuswantoro’s neo-expressionism painting illustrates the modern civilization in crisis, accompanied by an increasingly long conflict in this world. A graduate from the Indonesian Arts Institute (ISI) Yogyakarta in 1986, Nuswantoro has already held several solo exhibitions at various locations across Indonesia.

He is known as painter who calls social and political policies into question, as well as the discomfort in life. “I do believe that we can continue to encourage humanity and moral values in order to create peace and harmony through our paintings,” he said.

As the winner of UOB Indonesia Painting of Year 2017, Kukuh received a cash prize of IDR 250 million, whereas the winner of UOB Southeast Asian Painting of the Year will be announced on 8 November, 2017. Kukuh also has the chance to win a one-month residency programme at the Fukuoka Asian Art Museum in Japan.

“This is a great opportunity to showcase my artworks in the international community. Although I already had several exhibitions in Indonesia, exhibitions overseas opens even more possibilities. I am excited to represent Indonesia in the UOB Southeast Asia Painting of the Year in Singapore next month,” Nuswantoro added.

In the Emerging Artists category, Alvian Anta Putra (22) won the UOB Most Promising Artist of the Year award for his painting “Discussion”. Using oil on canvas, his work examines how technology has led to a significant change in culture, where humans live in a world that has brought them closer together in theory, but at the same time drove them apart in reality. 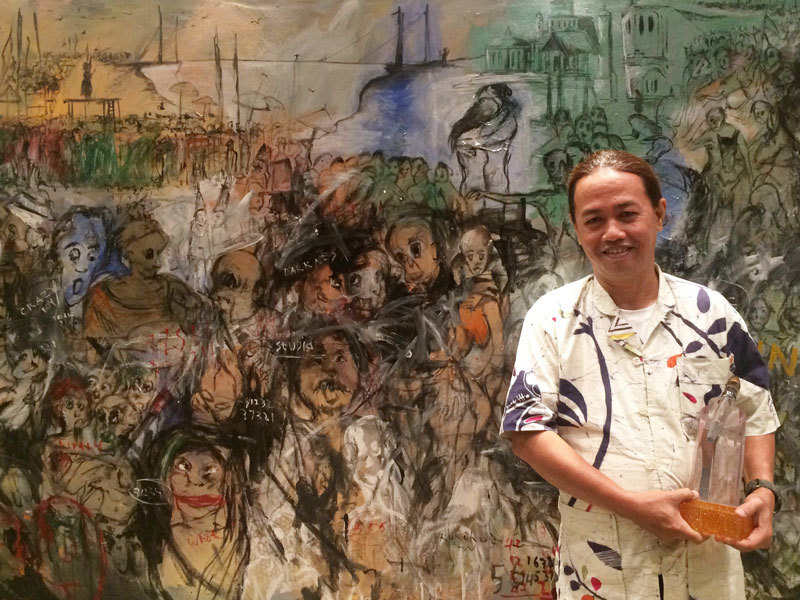 “Human activity in everyday life is an interesting topic we can respond to creatively. As a young artist, I capture the latest issues that I see in society issue and translate them into my paintings,” Putra explained.

Putra said that he learned a lot from previous winner Gatot Indrajati on how to improve his paintings. In 2015, He joined the UOB Painting of The Year competition and was one of the finalists. Knowing that the competition might help him to reach a new level in his career, he kept painting - and eventually came out on top this year.

“As an artist, I not only have to know how to paint, but I also have to know how to sell my works,” he said. “Besides learning how to be a good painter and delivering my message through my art, a competition is also good for motivation, to expand our network, to meet curators and other artists as it is not that easy to be able to join one of the big exhibitions,” he explained.

The paintings of the UOB Painting of the Year 2017 competition winners will be exhibited at the UOB Art Gallery, UOB Plaza Singapore from 16 November, 2017 until the end of January 2018. UOB Indonesia showcases the artworks of the winners at UOB Plaza, Jl MH Thamrin, Jakarta until 26 November 2017.