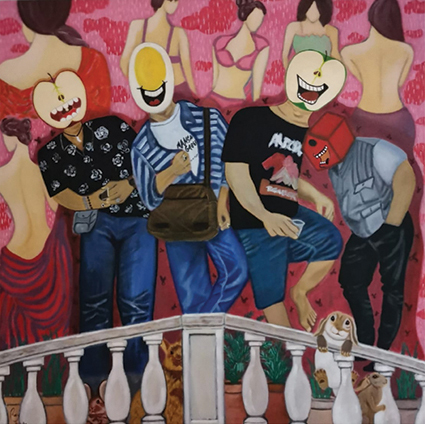 14 young artists in cooperation with Kilau Art Studio held an exhibition to perpetuate the noble heritage of the painting maestro, Basoeki Abdullah.

We recognize the late Basoeki Abdullah as an Indonesian painting ambassador with a myriad of achievements on the international stage. His contributions were incredible not only in the realm of art but also in the context of the state, both in the period before Indonesia’s independence and at the end of his life, in the New Order era.

Through art and culture, Basoeki Abdullah and his glorious artworks were often delegated to help tighten the diplomatic relationships between Indonesia and many countries. His technical skills and accuracy in painting portraits, encouraged neighbor countries’ leaders to be painted, including King Bhumibol and Queen Sirikit from Thailand, former Philippines President Ferdinand Marcos and his wife Imelda, and Prince Norodom Sihanouk from the Kingdom of Cambodia. Even S. Sudjojono, who called Basoeki Abdullah his eternal rival, said he was a genius and an unrivalled champion portrait painter. 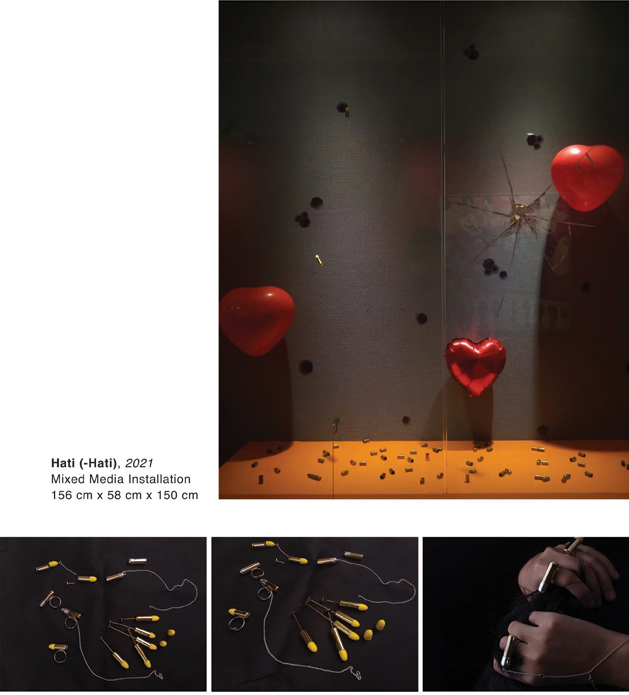 During the Japanese rule in Indonesia, Basoeki Abdullah joined Pusat Tenaga Rakyat or Putera (people’s power centre) and in this organisation was in charge of teaching painting. He, together with Afandi and S. Sudjojono were also active in the cultural centre at that time.

Basoeki Abdullah’s portraits also captivated Japanese Governor General Hitoshi Imamura, and President “Bung Karno” on purpose asked the artist to paint the figure of Imamura for the sake of thawing relationship between the two countries. “Your creation is not about politics and army, but about humanity, said Soekarno at that time. 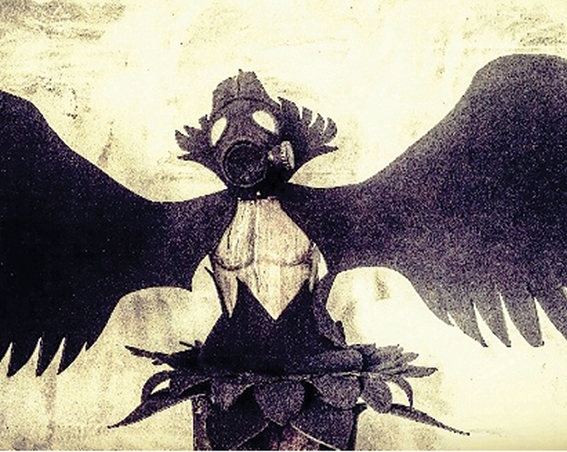 That was in line with the artist’s vision who very rarely expressed his ideas or thoughts other than through brush strokes on canvas. But in an interview, he firmly said that arts and culture can replace guns to make world peace. “World peace no (more need) using guns. The weapon is culture,” he said.

It was repeated by Rengga Satria, one of the curators of the exhibition Reframing Basoeki Abdullah, Social and Humanity at the Basoeki Abdullah Museum which officially opened on 17 March. The exhibition held by Kilau Art Studio showcases artworks from 14 young artists aimed to trace back the footprints of the maestro in a contemporary room through the eyes of the artists involved, in addition to arousing people’s desire to visit museums in this pandemic time. 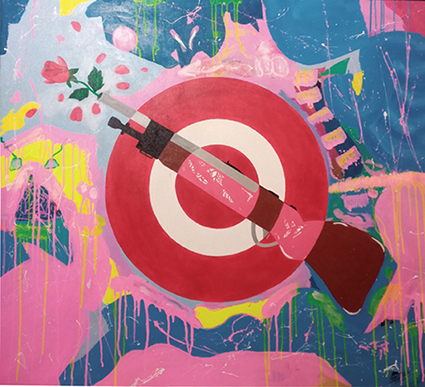 "Hopefully, the museum collection will be connected to today and the future through innovation in the novelty works of artists who respond to maestro Basoeki Abdullah. So that in the future the museum will not only be a place to store" noble garbage "that has been lost. all values, functions, and roles as one of the backbones of the advancement of national culture,” Hendra Ishanders, the curator explained.

Social and humanity theme that is a common thread at this exhibition is indeed the annual theme that is being carried out by the Basoeki Abdullah Museum this year as the reflection of us in the midst of the Covid-19 outbreak which is still deeply affecting the community to this day. 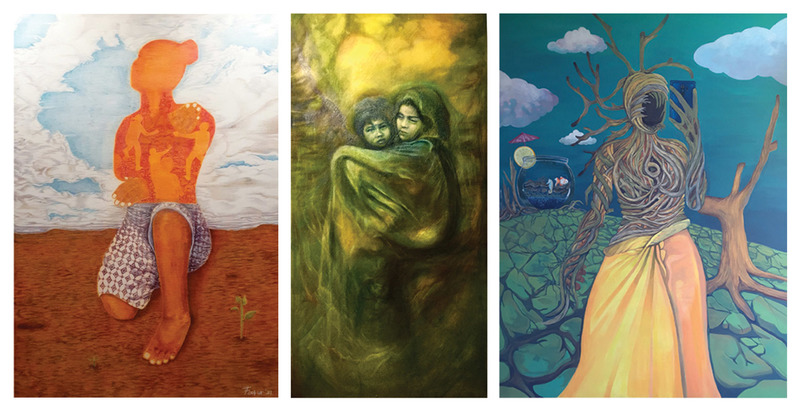 Apart from that, social and humanity are the themes of Basoeki Abdullah's works which are rarely brought to the surface. As we know, the artist who was well known as a "Mister 20 Minutes" because of his skill in painting portraits, was more familiarly known as landscape paintings, female models or portraits of famous people.

Basoeki admitted, Rengga said, that he was often disturbed by those who were persecuted which later manifested itself in several of his works. For example, the painting Dua Anak (two kids) made in the 1960s depicts two small children with flat expressions on the background of a small shelter with thatched roof and wooden board supports. Indirectly, Basoeki wanted to show the public about the condition of the indigenous people at that time. He also wanted to give his own message regarding the fate of that generation through the figure of two children. 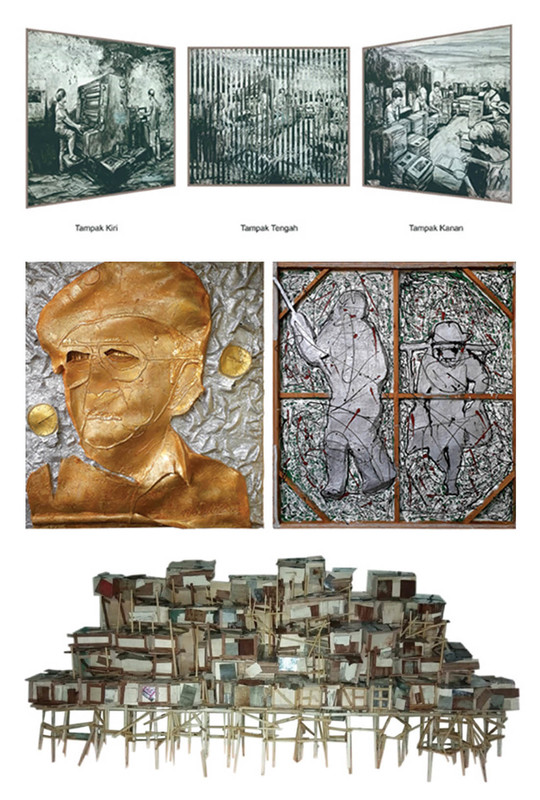 Or the most inspiring, Selfless, a painting depicting the figure of Mother Theresa holding an emaciated and sick child. The 100 x 150 cm painting summarizes the generosity of the Catholic nun and the Indian missionary of Albanian origin.

There is a sense of optimism that the maestro wanted to share with all of us through his works, fostering our hope to act and strive even in the toughest of conditions. That is what then inspires 24 artists to appreciate the progress of the maestro. 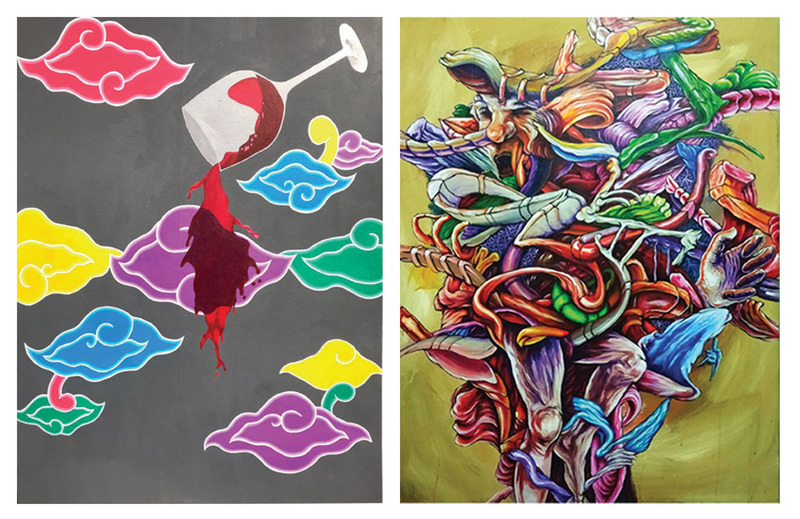 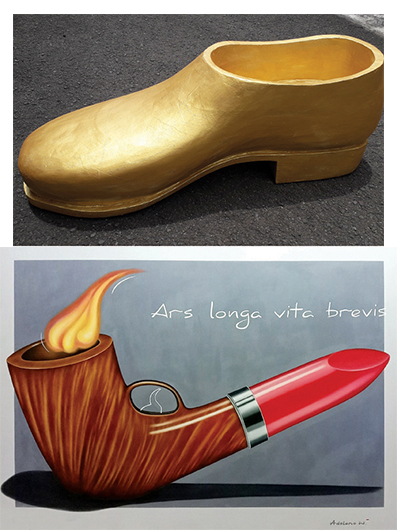 With the contemporary context and the characteristics of each of the artists, this exhibition will give a new color related to the "legacy" left by Basoeki Abdullah. Reframing Basoeki Abdullah's legacy is not just a matter of painting, but about the contribution that art and culture can provide to society at large, especially to Indonesians.

The exhibition will last up to 7 April.