REMEMBERING THE ARTWORKS OF AL HIRSCHFELD

Duta Fine Arts Gallery in Kemang currently showcases the paintings of famous American artist Albert Hirschfeld (1903-2003). The exhibition that runs through 3 February presents his collection of rare lithographs highlighting the culture and life in Bali, first published in 1941. 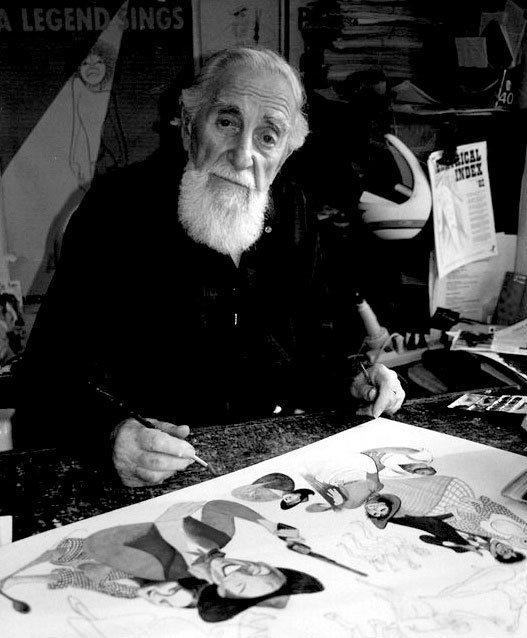 Bali was an important part of Hirschfeld’s life, as his arrival on the island of Gods marked a turning point in his artistic career. In 1932, Hirschfeld followed his friend Miguel Covarrubias – whom he had met in the 1920s at the Art Students League of New York – to Bali. A letter from Covarrubias had prompted Hirschfeld to pack his pen and paints and catch the next ship to the island of Bali in the Dutch East Indies (now Indonesia).

But by the time Hirschfeld arrived in Denpasar, Covarrubias and his wife had already left. He then decided to rent the house in which the couple had been living and inherited Covarrubias’s bicycle and domestic staff. Two dollars a week was enough to employ a cook, buy the food she provided, and employ the six houseboys who performed domestic chores. 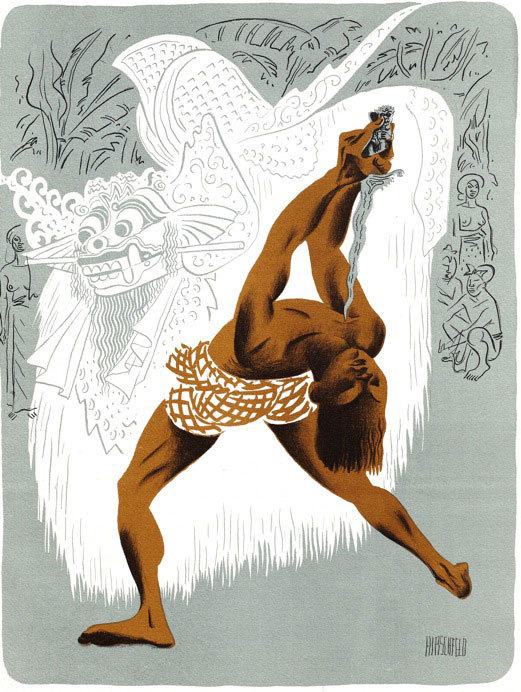 For the next eleven months, Hirschfeld explored Bali on foot and on the trusty bicycle and soon became known among the villagers as “the bearded man”. He recorded his impressions in a series of limpid watercolors and sharp drawings depicting tropical scenes and the everyday life of his Balinese neighbours.

Hirschfeld discovered that Covarrubias’s enthusiasm for Bali had been well founded in everything he saw and experienced, from the climate to the performing arts. Evening diversions included music and singing, traditional dances, puppet shows and other entertainment. The Balinese village routine was interrupted only periodically by the arrival of cruise ships making an exotic port of call. 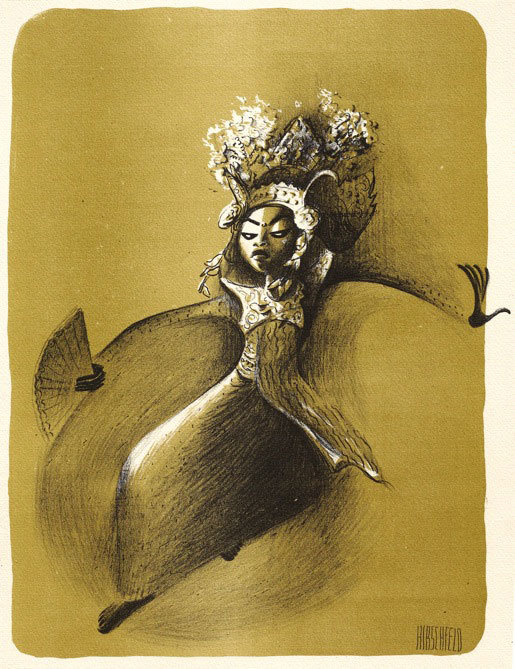 In “The World of Hirschfeld”, published in 1981, Hirschfeld describes his Balinese sojourn as follows:

”By the time I reached the village of Den Pasar I knew that my life would never again be the same. The Balinese sun seemed to bleach out all color, leaving everything in pure line. The people became line drawings walking around. I think it no accident that rich, lush painting flourishes in the fog of Europe, while graphic art from Egypt across Persia to India and all the way to the Pacific Islands is influenced by the sun. It was in Bali that my attraction blossomed into an enduring love affair with line. Then I discovered that I was much more influenced by the drawings of Haranobu, Utamaro, and Hokusai than I was by the paintings of the West. . . .”

Before living in Bali, Hirschfeld has been well-known for his contemporary caricatures. He joined the New York Herald Tribune and became one of the most important figures in the United States, influencing numerous cartoonists. His famous caricatures of actors and jet-setters became a familiar staple of “The New York Times” and appeared in numerous publications around the world. 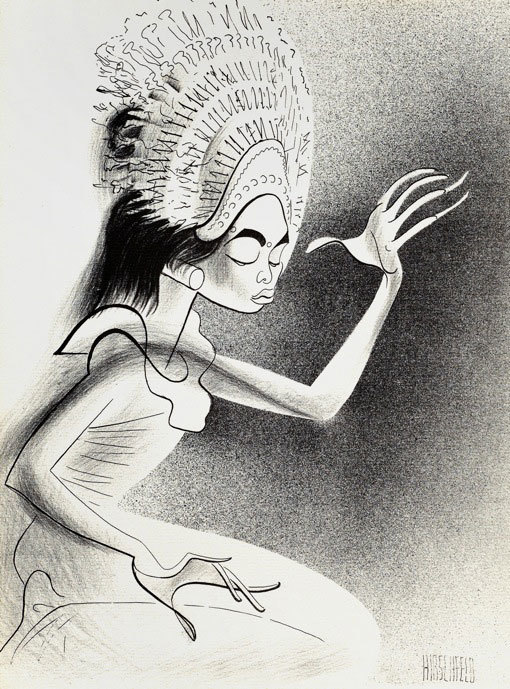 Hirschfeld who was born in St. Louis, USA in 21 June 1903 had many important exhibitions in the US. He is represented in the collections of the Metropolitan Museum of Art and the Museum of Modern Art in New York City. He died in New York on 20 January 2003 at the age of 99.