In the local art scene, Rifky “Goro” Effendy is a name to be reckoned with. The 49-year-old curator has played an essential role in many prestigious art exhibitions. In late 2001, he established and directed the 1st Bandung Biennale, and in 2004 became a fellow of the New York-based Asia Cultural Council (ACC). In 2009, he co-founded the Jakarta Contemporary Ceramics Biennale (2009). NOW! Jakarta caught up with Effendy to find out more about his work philosophy, interaction with artists and more. 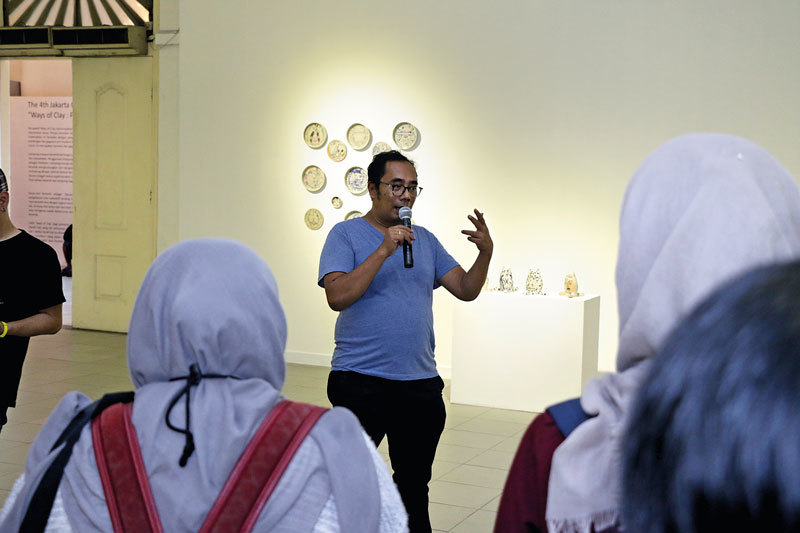 What led to your interest in art?
Ever since I was a kid, I loved to draw. I loved making drawings on the walls. In fact, I was so good at drawing that my friends often requested me to draw pictures for them. This happened a lot during my school years, from primary to senior high.

After graduating from high school, I applied to the Faculty of Letters at Universitas Indonesia but failed. I also tried applying to the hotel and hospitality programme at a university in Bandung, but didn’t make it. One of my relatives then suggested me to try the Faculty of Arts at Institut Teknologi Bandung (ITB) but again, I didn’t make it. I then spent one full year honing my drawing skills, learning from ITB art students and graduates, in order to be accepted there. I made it eventually. Those times I spent hanging out with my seniors at ITB made me grow even more fond of art, discussing and helping them prepare for art exhibitions and other activities.

It wasn’t until I graduated from ITB that I learned about curating. A friend had wanted to open an art gallery in Dago, Bandung, and he needed help. Back then I was still working at a ceramic studio in Bintaro, South Tangerang. I helped him with the gallery and later worked as a programme manager. That experience allowed me to learn a lot from Asmudjo J. Irianto, a well-respected art curator who worked there from 1997 to 1999.

What does it take to be a professional curator?
It’s quite a new profession in Indonesia. Curators usually work at a museum, though as early as the 1980s, many of us have begun working independently at art institutions or galleries. We usually have a background in art history. As for the job description, a curator’s task is to choose which artworks go on display at an exhibition and then write a catalogue to provide context. A good curator must understand art history and be able to read and write about artworks, their trends and any other related issues.

How do you personally do it?
Timing wise, it’s relative. I could spend from two months up to years curating an exhibition. It really depends on the scope of the exhibition and the artists involved. An art event such as biennale could take a year or more, whereas a group exhibition at a gallery takes less time, perhaps two or three months. Each exhibition has its own complexity. And, if I currate a solo exhibition, I can spend a long time studying the artist and the artworks.

There’s never been a fixed standard for determining what’s proper and what’s not. It’s more about making sure that the artwork fits into the context of the exhibition. There has to be a match between the visual presentation and the meaning.

What’s your most memorable experience as a curator?
That would be the time I got to curate the Indonesian Pavilion at the 55th Venice Biennale 2013, one of the most anticipated biennales and highly expected by the international art public.

In Indonesia, Asmudji and I successfully initiated the Jakarta Contemporary Ceramics Biennale. Despite many obstacles we faced, the event managed to put Indonesia on the global map as one of the world’s contemporary ceramic art centres. Hopefully it can go on for years to come. 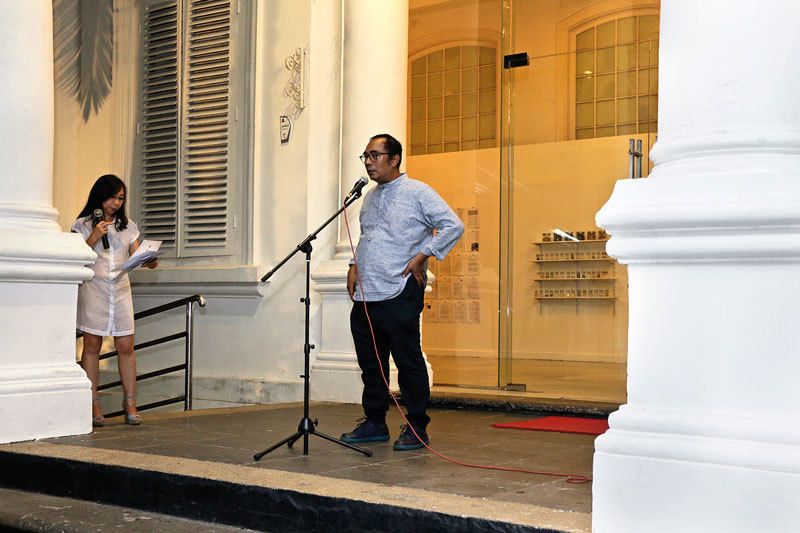 What do you find to be the most rewarding part of your job?
It would be the chance to meet many artists and other art professionals from all over the world, which really expands my knowledge.

What is your favourite artwork and why?
There are so many compelling artworks I have seen so far, but one of my favourites is a porcelain video titled “Mr. Sea” created by Chinese artist Geng Xue, because it is highly detailed.

Other than working as a professional curator, what are your other activities?
I’m currently trying to create ceramics again. I’m also establishing a gallery in Bandung called Orbitaldago, which I hope will be officially opened by April.

What’s your opinion about art in Indonesia?
Art in this country has such powerful and distinctive characters thanks to the narrative and poetic aspects that are strongly conveyed by our artists. Indonesian art is not as liberal as other western countries, but it has more intimate relations with our daily lives. Indonesian artists pay much attention to detail, which I think may run in the artistic DNA of our people.

Many equal being an artist to being financially poor. What’s the future like for art in Indonesia?
Being an artist won’t guarantee you will land a lot of money. Artists must be mentally prepared to face whatever possibility awaits. For Indonesian art to develop or even take off, first, its people must be able to experience various forms of art. Honestly, there aren’t that many art museums and events in Indonesia just yet, which means there are many artworks that have yet to be displayed and that the public are deprived of access to them. That said, I think it’s more about the infrastructure rather than the art itself that’s not as well developed. The government hasn’t done much in this regard.