Sculptor and ceramic artist Arti Gidwani was born in New Delhi, India and studied English Literature because initially she wanted to be a writer. But, as she says with a smile, “sometimes, life happens and things turn out very differently.” 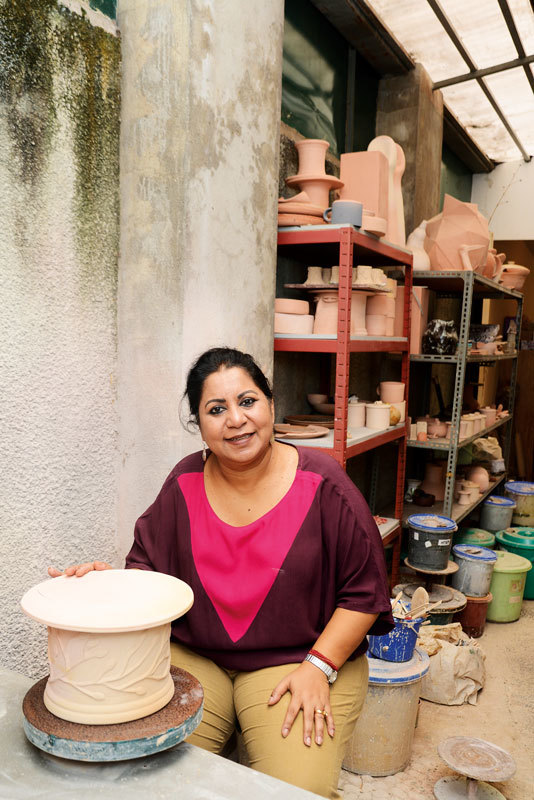 Together with her husband, who works for a shipping company, Arti moved to Singapore where they stayed for ten years. It was in the Lion City that she first discovered clay.

“I always had an interest in earth and earthy colors,” she recalls. “Every time I saw terracotta or stoneware, I would buy it immediately. In Singapore, a studio potter opened his doors to classes and I jumped at the opportunity to learn. I still remember the moment I first put my hands in clay. I really thought I’ve come home - it was the ultimate feeling.”

Making pots, bowls and mugs, however, was never enough for Arti - although she does make them from time to time, but always with a twist - as she wanted to discover a different dimension of clay and began to learn how to sculpt.

When Arti and her family relocated to Surabaya in 2001, her career as an artist was put on hold for two years, simply because it was almost impossible for her to find clay to work with. Things changed for the better when she moved to Jakarta two years later. 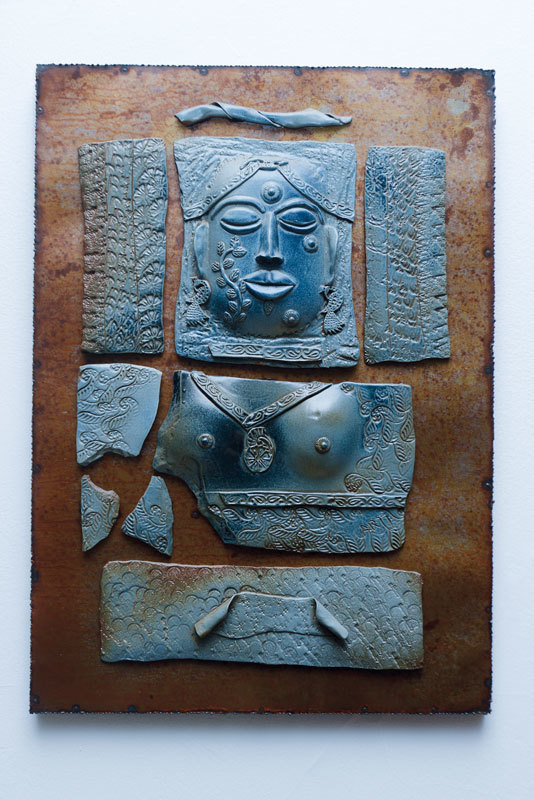 “Here, I found a studio potter who lent me his space and let me use his kiln to fire my pieces,” she says. “He was a British potter who mixed his own clay, which I bought from him as well. But he has since moved to Bali, and I wanted to have my own studio because I like to experiment and work on my own time.”

Today, Arti’s studio is adjacent to her house in Kemang, and she has built her own kiln as well. Having the freedom to experiment and work whenever she felt inspired, Arti’s career began to flourish, and she has shown her works in various galleries and exhibitions. Her house is a testament to her hard work, as it is filled with art - most of the pieces are, of course, her own creations, from sculptures and installations to decorative and functional items like napkin holders.

Arti’s artworks are colourful and whimsical, and most of all, unique. She is the first to admit that she is so enamored by clay that she tries to put it on everything.

“I started making jewelry and accessories like bags with clay,” she says, pointing at a beautiful clutch with a handle made of clay. “My husband always says that if he stands still long enough, I will put some clay on him as well.” 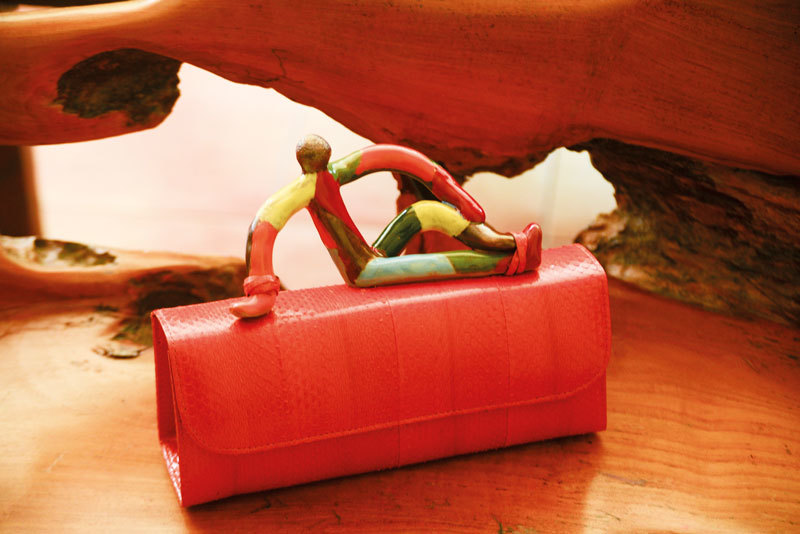 She compares working with clay to children growing up with Play Doh.

“I still feel like a 5-year-old every time I work with clay because it’s so much fun,” she says with a bright smile. “And it’s simply wonderful to see something taking shape.”

All of Arti’s pieces are one of a kind due to the fact that she works freehand, which means that every sculpture, pot or mug turns out differently.

“I also don’t like symmetry,” she adds. “When I see a round pot, I will most likely poke a hole in it or turn it into something different altogether. Even when I set a table, every single piece is different.” 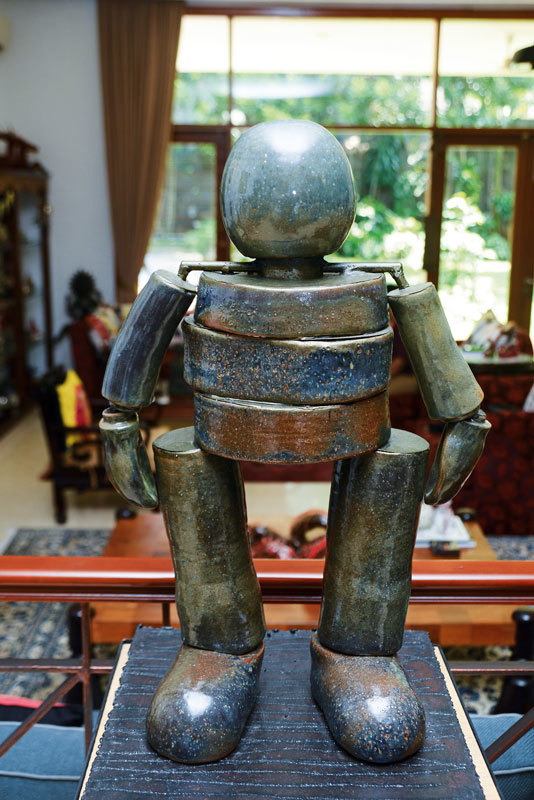 Although life as an artist in Jakarta is easier than in Surabaya, Arti sometimes still struggles to find good material.

“I get my clay from Sukabumi, but it is not always the same quality that you have in Australia or the US,” she explains. “If the quality of the clay isn’t good, it can crack in the kiln. It has happened to me before and I cried because my piece was ruined.”

It is not only the the clay that is difficult to come by, but also the glaze - an impervious layer or coating of a vitreous substance which has been fused to a ceramic body through firing and is used to color, decorate or waterproof an item. Arti buys her glazes abroad, mostly in Singapore, a city she still visits often, not least because one of her daughters lives there.

The process from clay to finished piece is long and painstaking and requires many different steps that include making the piece from scratch, letting it dry and giving it a first and, if necessary, a second firing. At the same time, Arti says, it is always exciting because with sculpting, she never really knows what to expect at the end. 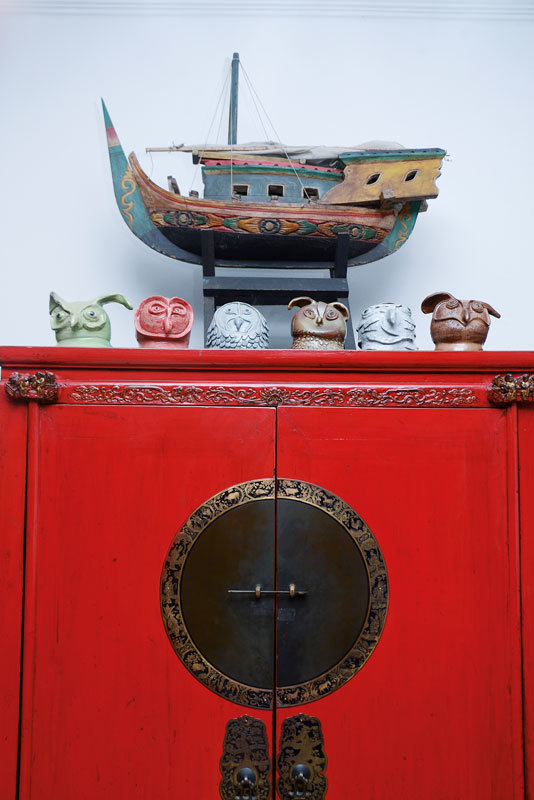 “Sometimes, after the second firing, I am surprised to see how the pieces turn out. They can have a different colour or form. I love these beautiful surfaces of playfulness.”

Arti is an intuitive artist, letting the inspiration take hold of her without planning too much in advance.

“There are times when I already have an image in my head of what I want to make, but mostly, I just take a lump of clay and start to work,” she says. “Sometimes I begin a piece of work and don’t quite know what to do with it, so I leave it sitting in my studio for a while and get back to it later.”

Arti, whose passion and energy shines through whenever she speaks about her artworks, still has many plans for the future. For one, she might look into working with porcelain - something she hasn’t explored yet so far.

“Porcelain is very delicate, and I think it would make some very fine jewelry,” she says.

She also wants to support Indonesian potters, by establishing a potters guild where everyone can come together under one roof, as a way of giving something back to the country she has called home for so many years.

Lastly, she is still toying with the idea of writing a book - after all, she initially wanted to be a writer.

“Perhaps I will write a book someday that features stories about pottery, without putting too much of a focus on the technical aspects,” she muses. “That way, I could combine both of my passions.”.