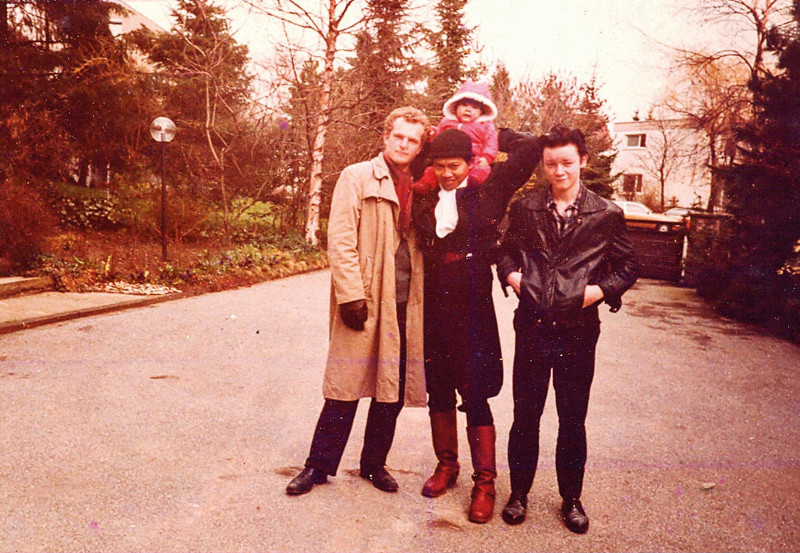 There are many other Indonesians who have strong links with Germany, but in the world of Indonesian art, one in particular seems to stand out.

In September, we mourned the loss of Bacharuddin Jusuf Habibie, Indonesia’s third President, who is one of our most obvious links with Germany. The other most obvious link is a prominent figure in the world of art, Raden Saleh, who is considered by many as Indonesia’s first ‘modern’ artist.

At an exhibition marking the twenty-five year anniversary of Berlin and Jakarta as sister cities, Indonesian artist Teguh Ostenrik presented his idea of creating an installation for Berlin, which is based on the Transcending Limits installation he created in Jakarta using four segments of the Berlin Wall he purchased following its demolition in 1989. “The dimensions of the main elements would be identical, but I would produce it here from waste metals transformed into batik motifs,” he explained. The artist—who studied in Berlin in the 1970s—considers himself to have strong cultural ties with the city, and intends to present the work as a gift to the city of Berlin. Apparently the city is currently assessing where the most suitable location for the sculpture would be. 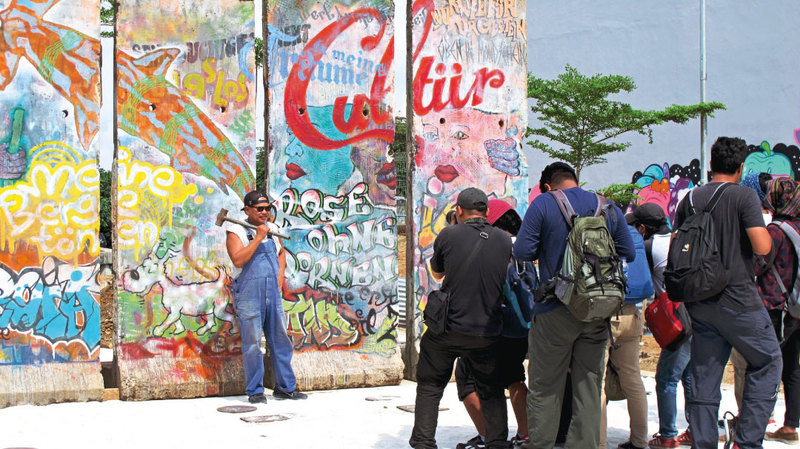 Since the late 1950s, many Indonesian students, including Habibie, studied in Germany. It was one of the most affordable countries for Indonesians to obtain quality education.

In the early 1970s, Teguh Ostenrik, who was at the time a medical student at Trisakti University in Jakarta, found himself at awe when he saw a photographic reproduction of Mathias Gruenewald’s Isenheim Altarpiece (currently in the Unterlinden Museum, Colmar) in a book through which he browsed. He realized that in medical school he could only enjoy three classes in particular: anatomy, histology and pathology, and it was because of those classes he was able to draw. Far too often he was cutting classes to visit the Taman Ismail Marzuki art centre and the Goethe-Institut. Indeed it was not his idea to enter medical school. It was his parents’ dream.

At that point he decided that he wanted to eventually study art in Germany. To achieve that goal, he started working as a taxi driver. Coincidentally, the Gamya taxi company had an office next to his campus. 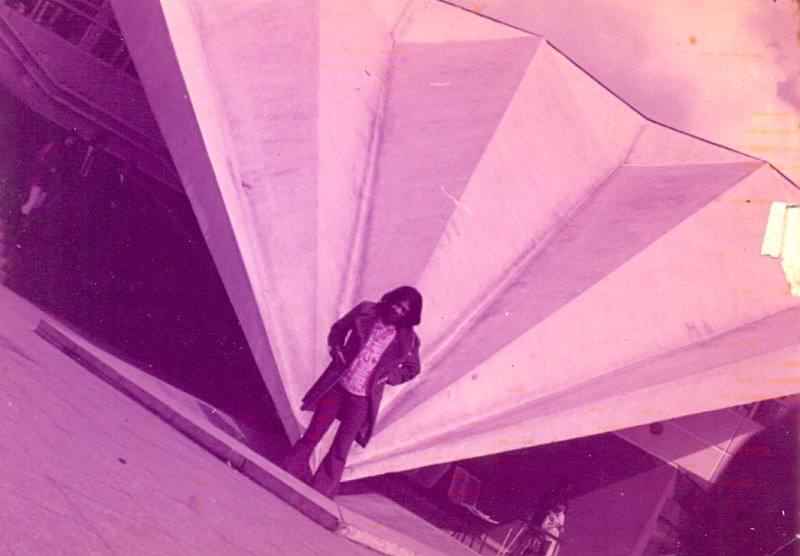 From his high school friend Robert Gunawan, who was already studying in Aachen, he learnt about a German language course program in Walchensee, which cost only DM 125 for its basic course, which lasted for three weeks and included the cost of room and board.

After a year of working as a taxi driver, Teguh had saved enough money for the first stage of his studies in Germany. He went to the Santa Ursula convent on Jalan Juanda to register for the program. Coincidentally, there was also a travel agency next door, so he immediately bought his ticket. There was still time to get to the German Embassy on Jalan Thamrin, so he rushed there to obtain a visa, only to find out that Indonesian citizens could enter Germany without a visa for three months.

Teguh never told his father until the very last day. The night before his departure, he placed his passport and ticket on his father’s desk, and ask for his permission to go study in Germany. His mother who had been told of Teguh’s plans, handed him DM 1,000, as his safety net. They all broke into tears. “Find as many friends you can,” his father advised, reminding him, “Don’t bother looking for enemies; you will always find them hiding behind the door.”

One of the things that Teguh valued during his sixteen years in Germany was the solidarity that existed among Indonesian students there. Three or four months before any Indonesian student was due to report to immigration, it would be brought up among members of the Indonesian student community. From that point, they would arrange funds to be wired regularly to the student’s account, so that an amount of DM 3,000 would be ready before audit date. They knew that immigration would require the reporting students to submit a printout of the last three monthly statements of their bank account. Immigration would only extend their stay permit if sufficient funds are available in their account.

After failing the entrance examination three times, Teguh finally passed the fourth time. He finally became a student of the Berlin Art School (Hochschule der Kuenste, Berlin)! After a few years of foundation classes, in 1976 he started to study under the guidance of Prof. Lothar Fischer, experimenting with terracotta. In discussion with his professor, he was challenged to create reliefs that maintained a two-dimensional character. At the same time, it should not become three dimensional, but somehow had a three-dimensional impression.

Teguh first experimented by sketching basic, primitive, human figures onto a sheet of wet clay. He made cutaways of the figures, and discovered a solution: if he only made partial cutaways all of the figures, he would be able to pull out or push in the figures or the ground, creating a three-dimensional effect vis-à-vis the two dimensional sheet. The professor appreciated his idea and encouraged him to create large tableaus of his works. He included his terracotta works in his Master’s presentation, and they were highly commended by three of the twenty-five professors that judged him.

Right after he was declared to have passed the exams, he immediately returned to Indonesia to tell his parents the good news. At the same time he took home some of his works and arranged for them to be exhibited at the Mitra Budaya in Menteng, Jakarta. It was officiated by Joop Ave, former Head of Household at the Presidential Palace who had been appointed Director General of Protocol and Consular Affairs at the Department of the State Secretariat. Teguh recalled that he overheard a Jakarta socialite commented that the pieces were dirty because they came from the soil. On the other hand, in tears his mother whispered to him that it reminded her that when he was a little child, he would always clear the soil or sand with his feet and draw on it.

In 2002 he was commissioned to create artworks for the new Church of St. Mary of The Angels in Singapore. He created a large de-materialized Corpus Christi. The artist realized that Grunewald’s artistic approach, which made him decide to enter art school over 30 years before that, was still prevalent in his mind. Since then he has received numerous other commissions and continues his personal projects.

When segments of the Berlin Wall started to be publicly sold, he purchased four segments. He saw that at the time Indonesia’s unity was an artificial one, achieved through political and even militaristic suppression. Without realising it, a virtual Berlin Wall actually existed in the society. His Transcending Limits installation was intended as an eye opener about his observation. Although it was never publicly installed when it was conceived in 1990, 27 years later it was finally installed at the Kalijodo Park. It showed Teguh’s perseverance. “Artists should not so easily lose hope,” he said. Teguh’s story exemplifies the wonderful experience of Indonesians who studied in Germany, many of whom seem to share common characteristics: hard working, creative, open-minded and relentlessly determined to strive for excellence.