The Art of Gender Equality

You see it in ads everywhere—girls wear pink, boys wear blue. With some in the advertising industry increasingly under pressure to develop new guidelines to ban stereotypical gender roles or characteristics, artists too have spoken up on the subject. In Indonesia, artist and NOW! Jakarta’s very own Art Director Sudigdo is among those leading the conversation. This isn’t the first time the artist addresses a subject related to feminism. In 2015, his exhibition centred on Kartini, a Javanese princess who was also a pioneer for women’s rights in Indonesia. This month, he’s launching a solo exhibition in which he seeks to battle gender stereotypes in a patriarchal world. 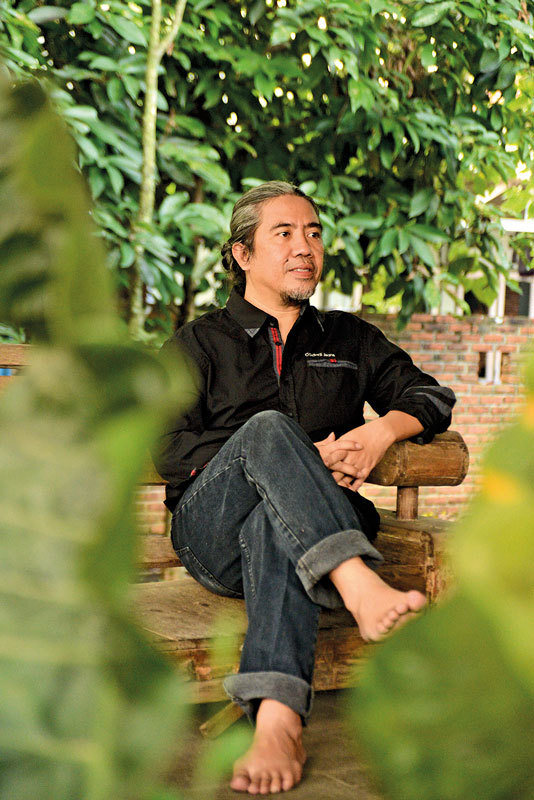 How would you define your genre?
I would define my style as modern realism. It’s the kind of realism that embraces progressive aims of modernism. It means a strong likeness to the appearance of things as we see them in the world. The audiences, then, need to interpret in their own particular ways, how a particular work represents certain aspects of the world. It’s a style where the edginess of the “subject matter” is an essential identity. What I like the most is that realism is concerned with how life is constructed socially, economically, politically and culturally. It attempts to portray the lives, appearances, customs, problems, the ordinary and the unexceptional—all set to procreate all the hereafter-ignored aspects of contemporary life and society.

What inspires you?
Inspiration is a curious idea. I am good at observing and studying people. Exploring the human mind and soul inspires me constantly. Sometimes the idea comes from a simple thing. Just by looking at a face, I would be inspired to draw. I find myself painting pictures that are somehow connected to contemporary life or society.

This being your 15th solo exhibition, how does that make you feel?
I believe that paintings that are portrayed towards the end of each cycle will live and obtain the greatest distinction. Through modern realism combined with criticism on women’s subjectivity, I have had the privilege to produce “Golden Women”. With intensity of purpose and mastery of technique, it unites and gives what I call sublime idealistic art. The development of an exhibition project is quite an effort and a great challenge. I have been working to set out aims and objectives by emphasising women as subjects and agents of cultural change. It looks at how a woman–the subject–lives and sees her role in life through activities in the economic, social, cultural and political fields, as well as roles contributing (or not) to her identity and meaning. 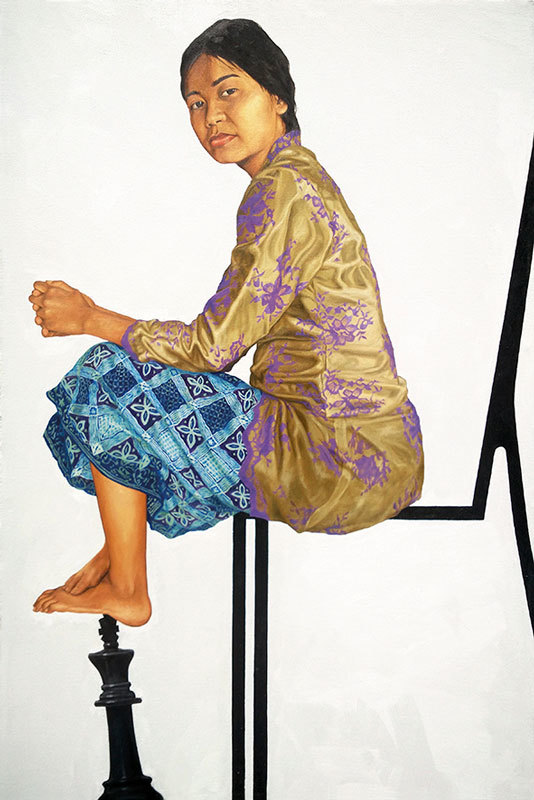 How is “Golden Women” different from your other works?
Art is the objectification of feeling. Through art, artists “objectify” their own thoughts about certain aspects of reality. As an artist, I seek inspiration in women, though I have seen others who reduce women to pieces of meat by showing images of sexualised female bodies or reflecting them as passive objects. Sexual objectification has always been an important aspect of art and there is no point in denying it. The male gaze throughout history has been used by art historians and feminists to describe sexual objectification of women in fine arts as well as other aspects of the world. Here I am trying to break the rules of femininity and masculinity. My creativity and inspiration are to picture active women in the patriarchal structures. I would say that my artworks are to represent “women consciousness”, with regards to the perspective of the individual self, possessing conscious experiences, careers, feelings, beliefs, dreams and desires.

What was the process like?
In preparing for this exhibition, I got help from experts from various fields, such as art criticism, history, political science and so on. It is very important for artists to have their work seen by curators. Thankfully I have so much support from some friends, who helped me develop collaborative networks in the art business and management. For me personally it was part of an arduous, on-going process that at the same time was invigorating. It took one year to complete, as I have also been working full-time as NOW! Jakarta’s Art Director.

What can we expect from the exhibition?
I hope my artworks can open up a public dialogue about contemporary moments, thoughts, lives and the society. These discussions could potentially open up different interpretations. Also, on a more practical level, it may unlock the secret to improving knowledge and experimenting with new opportunities. 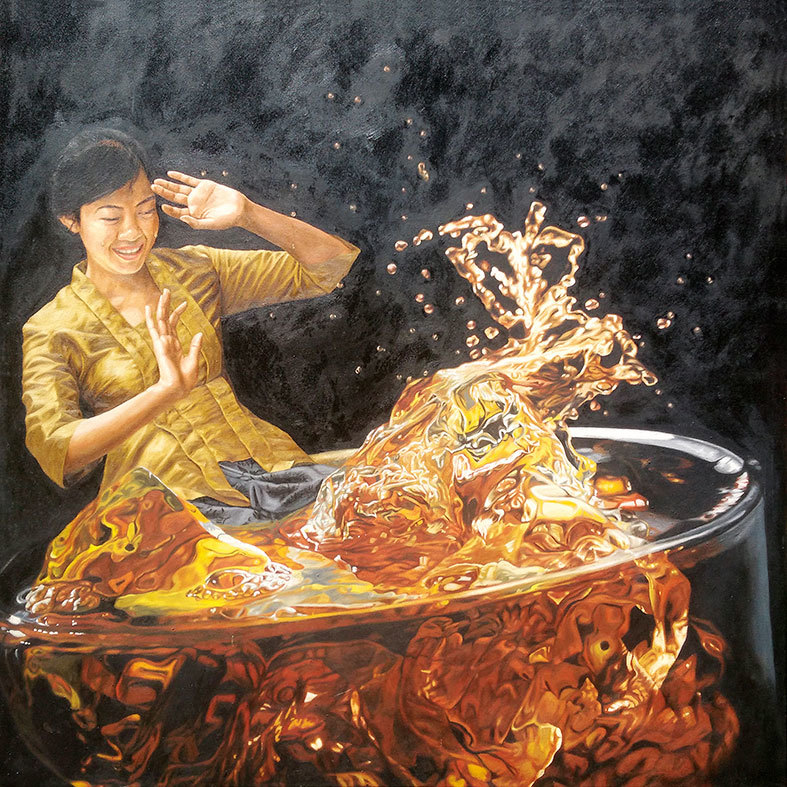 What does recognition mean to you?
I think it’s when artists get enough public recognition to support themselves with their art, when they’re known for employing different painting styles. Some styles are more recognisable when compared with others. It surely gives me a great sense of pleasure if my artworks are recognised for their portrayal of certain phenomena.