Beauty, rarity and historical significance combine in spectacular fashion in this late 16th century Dutch map of the Indonesian ‘Spice Islands’ that has just been acquired by Bartele Gallery, the only dedicated antiquarian map shop in Indonesia specializing in original maps and prints of the archipelago. 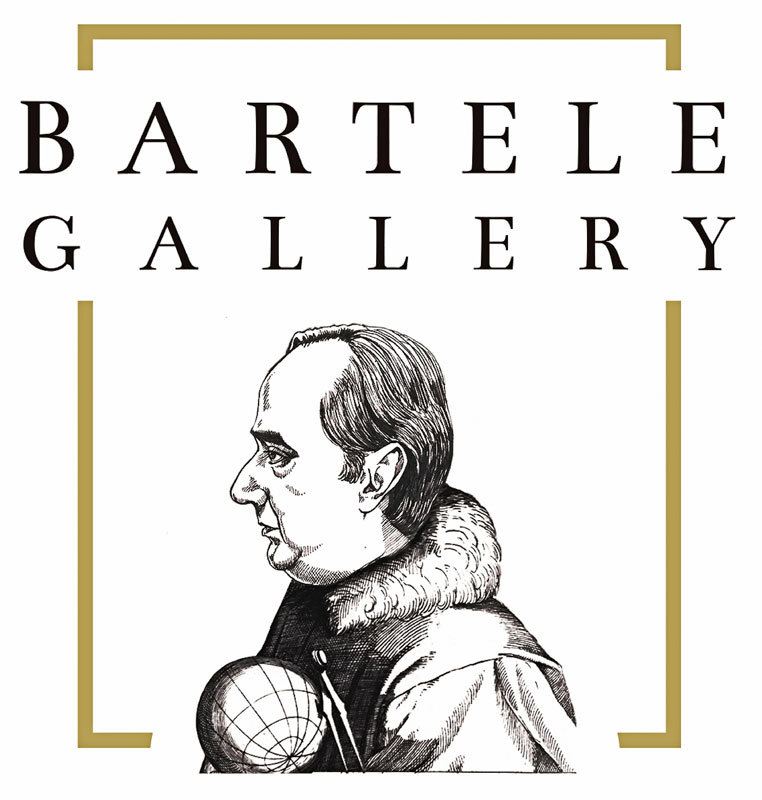 The map, INSULAE MOLUCCAE, engraved by Petrus Plancius the great Dutch engraver and first Hydrographer to the Dutch East India Company (VOC), is the rarest and most valuable of the printed maps of the Spice Islands.

Today, depending on condition, some US$ 50,000-100,000 would be required to purchase an original print of this map on the rare occasion the map appears in the market. It is estimated that only some 20 original prints exist in the world of which more than 50 percent are found in museums and National Libraries. To appreciate fully what this map represents it is necessary to know something of the history of the spice trade in Asia and the lure this trade provided to European nations and their merchant-adventure navigators throughout the 15th and 16th centuries.

The Portuguese established the first European trading empire in the Far East. Trade in the highly valuable and exotic flora of the region such as cloves, pepper, nutmeg, mace, sandalwood, and cinnamon made fortunes for Portuguese crown. Nutmeg, for example, was worth more than its weight in gold in 16th and 17th century Europe. The markup on a shipload of nutmeg could run as high as 60,000 percent; enough to make rich men out of a captain and his backers.

Dutch navigators, already familiar with the waters of the North Sea and the Baltic, probed vainly for a northern route to the Far East that would circumvent the Spanish and Portuguese armadas. In 1594 Willem Barents left Amsterdam with two ships in search of a northeast passage. He completed two voyages and died of exposure on a third but the passage could not be found. In desperation, the Dutch decided to fight their way to the Spice Islands and the Malay Archipelago by way of the coast of Africa and the Cape of Good Hope (South Africa). In this endeavour they were aided immeasurably by a remarkable young Netherlander, Jan Huygen van Linschoten.

Born in 1563, the young van Linschoten at the age of sixteen followed his elder brothers; first to Seville and then to Lisbon where he gained an appointment as a clerk or secretary to the newly appointed archbishop of Goa. At that time, “Goa the Golden” was one of the leading cities of the world being the capital of Portugal’s scattered Asian Empire from where the Portuguese controlled their trading ports in India, Ceylon, Malacca, the East Indian Islands, Macao and Japan. The archbishop and his retinue departed from Lisbon in a fleet of five ships in 1583. They sailed to Goa following the route pioneered some seventy-five years earlier by Vasco da Gama. In the Portuguese colonial hierarchy, the archbishop of Goa ranked with the viceroy of India in terms of power and influence in the administration of colonial matters. 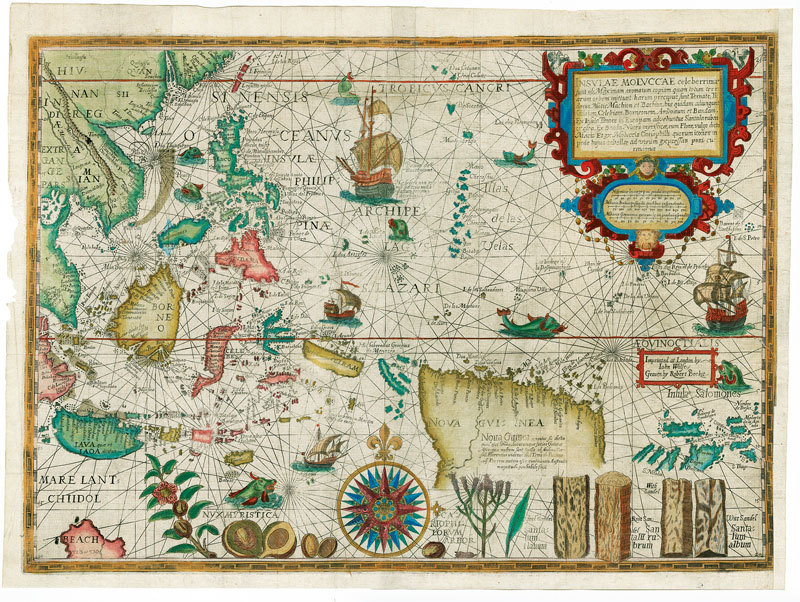 Linschoten’s position in the archbishop’s office allowed him daily contact with the soldiers, sailors, merchants and missionaries who lived in or passed through this Asian trade centre. This allowed him to glean intelligence on Portuguese commercial and political activities in an area that stretched from Madagascar to Japan and, even more amazingly, amass detailed navigational data in the form of pilot books and maps on the Asian trade routes. For almost a century the Portuguese had held a virtual monopoly in South and East Asia very largely because of their closely guarded knowledge of navigational routes. In an age when sea captains would rather destroy charts than have them fall into enemy hands, and passing data to a foreign national was considered a treasonable offence carrying with it a likely death sentence, it is truly remarkable how Linschoten managed to accomplish his extensive debriefing of Portuguese ships’ Captains and Pilots for six-years without arousing suspicion.

On returning to the Netherlands Linschoten produced a detailed account of his travels and the information he had collected on Asia Portuguesea. The book gave his countrymen the sailing instructions in the form of route books and maps for the route to India via the Cape of Good Hope and for negotiating the eastern coastlines of Asia. In 1596 his whole work appeared under the title Itinerario, Voyage ofte Schipvaert naer Oost ofte Portugaels Indien, with maps on which the world known to the Spaniards and Portuguese was mapped to an extent unequalled in any other European country at the end of the sixteenth century.

The first practical result of van Linschoten’s work was not long in coming: the initial Dutch expedition to Java under Cornelius de Houtman set sail for Java on April 2nd, 1595 and de Houtman had a manuscript copy of Reysgeschrift, the abbreviated version of the Itinerario, on board the flagship of his four-ship fleet. Two years and four months later in August 1597 the fleet returned with a pay load of spices and a trading treaty signed by the Sultan of Bantam in West Java.

The book proved to be popular over a wide spectrum of interests and ran through multiple editions in several languages for over forty years. The Itinerario is more than a dry cataloguing of competitive intelligence in the mercantile era: it is a journal of human adventure and observation, an uplifting story that appeals on many levels.

The maps were the work of the engraver Peter Plancius, first Official Cartographer of the Dutch East India Company in 1602. Plancius did not issue an atlas but had a prolific output of single-sheet maps including this beautiful and extremely rare map of the Spice Islands entitled Insulae Moluccae. The source for the map was derived from a collection of charts and route books that Plancius acquired at Lisbon in 1592 from the cosmographer to the King of Spain. The resulting chart, one of the most fabulous ever produced of the East Indies and one of the rarest, shows the Spice Islands at a level of detail never previously seen.

The beauty and interest of the map is greatly enhanced by the engravings along the bottom margin of the main commodities that brought Europeans to the region: nutmeg, mace, cloves and sandalwood. The bulk of the north coast of New Guinea is included as well as the Solomon Islands indicating that the source maps contained the results of Portuguese and Spanish exploration in the mid-sixteenth century. The kingdom of Beach, believed to have been created by Mercator from a corruption of Marco Polo’s Lochac (Siam), appears in the southwest corner of the map.

The map is a magnificent tribute to the map makers’ art showing the latest geography of an area of the world that became the Holy Grail for the Renaissance explorers, the Spice Islands, the only islands in the world where nutmeg, mace, clove and a variety of sandal woods grew. The value and importance of these products in world trade is emphasized on the map by the beautiful engravings of these expensive and desirable exotic products of the Orient.