Erasmus Huis Jakarta, in collaboration with Bentara Budaya Jakarta, hosts the "World Press Photo" Exhibition featuring works from photographers from around the world. The images capture the state of the world today in all its rawness, including the bloodshed, culture wars, and environmental issues.

In previous years, there have been 15 winners and 27 who received recognition for the first time. Their works have been displayed in travelling exhibits in over 45 countries, and included in a multi-lingual book.

One of the world’s most prestigious photography competitions, the World Press Photo committee received 73,044 pictures from 4,548 photographers from 125 countries. Led by senior director of photography Magdalena Herrera, the jury selected the 42 photos which were classified into eight categories. These include General News, Contemporary Issues, Long-Term Projects, Spot News, Nature, Environment, People, and Sports. 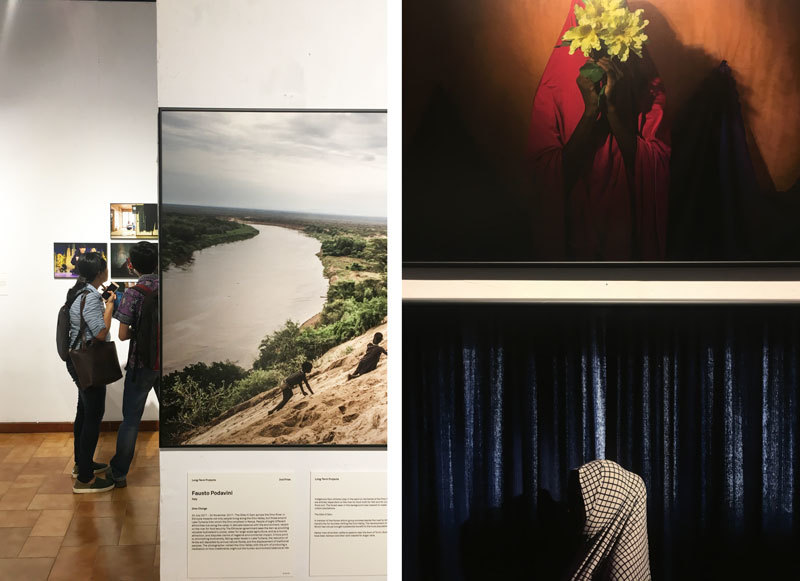 The 2018 Pulitzer Prize winner for breaking news photography is also exhibited at the World Press Photo exhibit. Ryan Kelly of “The Daily Progress” won the award, for capturing the impact of the car attack during the racially charged protest in Charlottesville, Virginia.

Egypt-based visual researcher Heba Khamis whose work is featured in the contemporary issues category, submitted a series titled “Banned Beauty” about the practice of breast ironing in Cameroon.

“Boko Haram Strapped Suicide Bombs to Them. Somehow These Teenage Girls Survived” is the title of the work submitted by “The New York Times’” Adam Ferguson in the People category. The work portrays female bombers.

Other photographers also bring up the visual representation from life issues such as reforestation, food crisis, gun violence, war and assassination, as well as nature. Amid the dark undertones in many photographs, there are some that convey hope and love. National Geographic photographer Ami Vitale’s work “Warriors Who Once Feared Elephants Now Protect Them” depicts the nurturing relationship that humans have with animals at northern Kenya’s Reteti Elephant Sanctuary.

To help understand the exhibit better, Bentara Budaya will also hold a discussion about the important role of photojournalism in recording actual events that occur in various parts of the world. The discussion will be held at Bentara Budaya Jakarta on Wednesday, 12 September. The photo exhibit is ongoing until 26 September.