Young Artists Highlight the Life for Money and Consumerism

"Money can’t buy happiness" is the common phrase that was implicitly at Le Money Art Exhibition. As the result of collaboration between Monstore and Greyhound, Young artists showcased their perspective of money in social necessity through contemporary artwork. 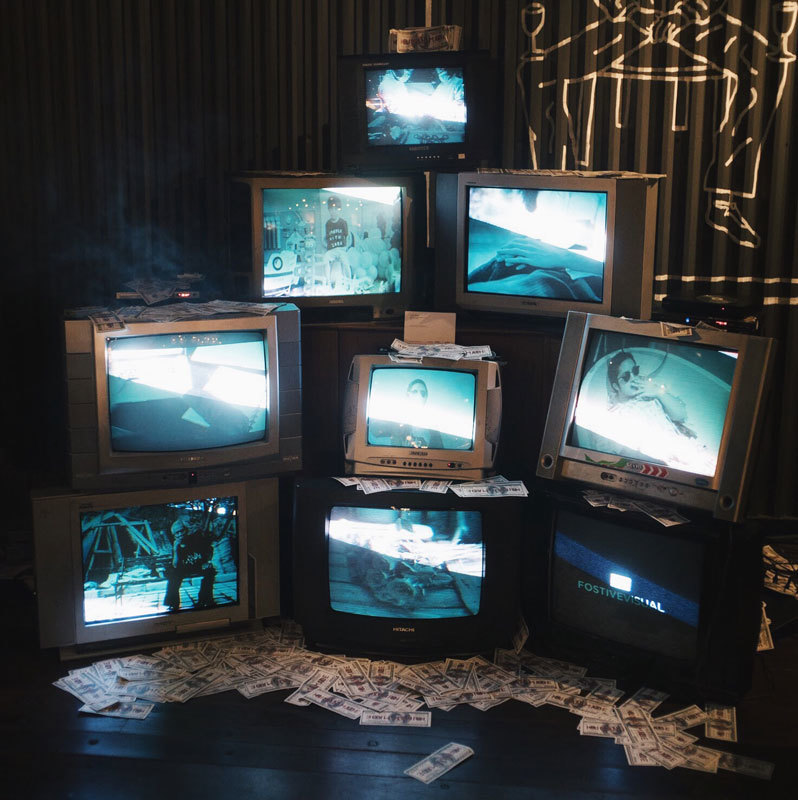 The exhibition highlights how people are controlled by the money, the dependence of money, the lust for money, the capitalism, and consumerism. The narration is looking for the meaning of money for humans. Often people are blinded with money and make money as the primary goal in living that bury their true 'passion'. 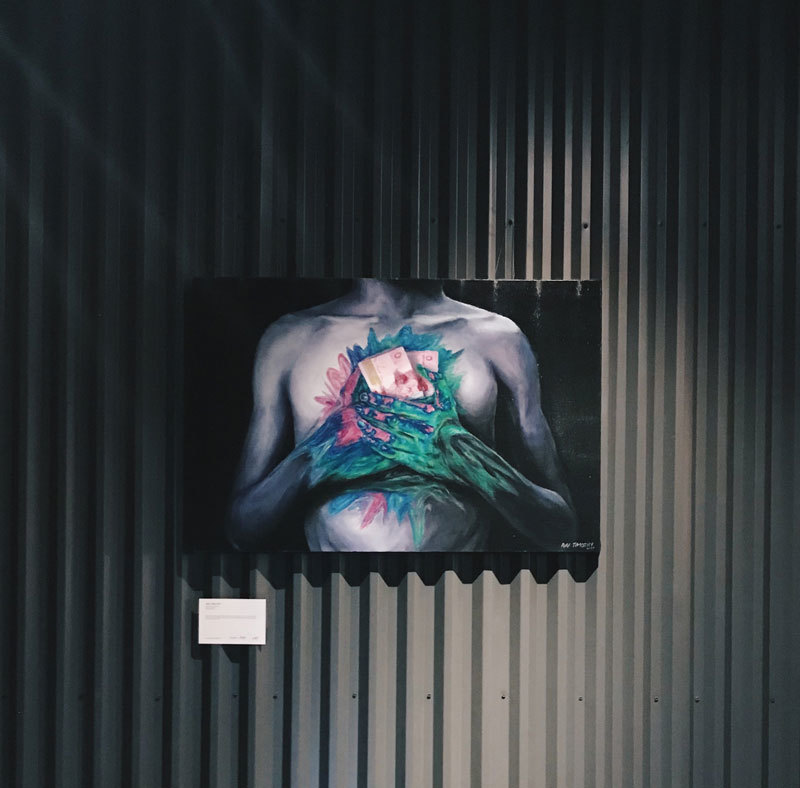 The visitor could see the artworks in the form of painting, products, or installation. At the opening ceremony last week, young artists explain the concept of their respective works. Those artworks will be on display for a month, and also sold to the public. Some of the artworks are issuing the money explicitly in visual and deliver a strong message to be considered as introspection of how we understand the value of money.

Drawing pen marker painting "Dijajah Rupiah" by Nadya Natassya explain financial bondage can exist whether people have little or an abundance. Mimo "Moiweirdo" creates the painting titled with "For the Love of Money is ..." which tells about love of money can penetrate the souls and minds to make people blind. 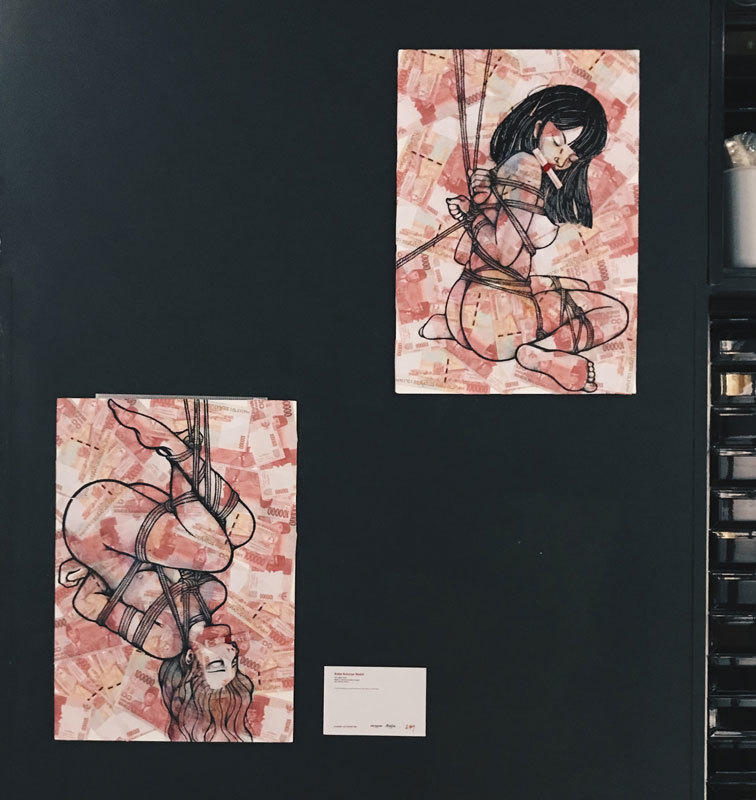 Acrylic painting from Prabu Perdana "Opini" is the visualization of bribing culture which occurs for political interest in Indonesia. M S Alwi's mixed media painting "Privilege" is broad narrative of how living in the mass capital world could creates the gradient of social hierarchy in very significant and unequal.

Print of Paper "Hustle" by Basith Ibrahim is strikingly showing how people can do anything to get the money. Onel with the painting "Temporary" describes the wheel of life that there is no immortality where people can be succeed but sometimes they are possibly failed. So the money's not everything. 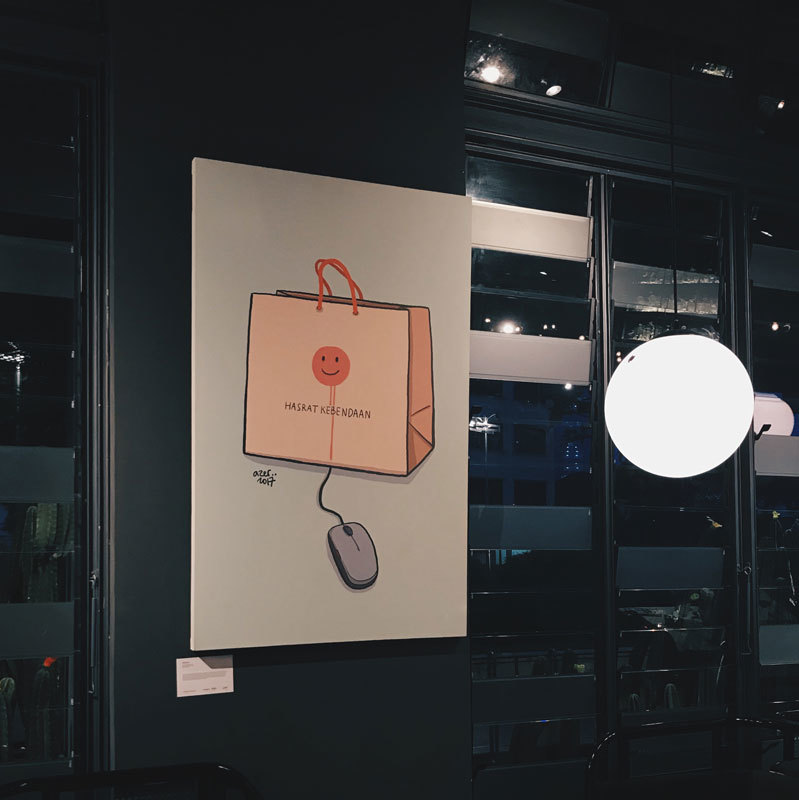 As one of the art event to featurize emerging talents, the artwork is expected to rise an 'awareness' and 'exposure' from the next generation of Indonesian artists. If you are interested to visit, Le Money Art Exhibition opens until December 10 at Greyhound Cafe, Grand Indonesia Mall, Central Jakarta.