Until today, there’s still so much left unknown about Indonesia’s sea nomads, the Bajo Tribe. What we know is that this tribe is scattered in numerous areas, from eastern Indonesia to northern parts of Kalimantan (Sabah, Malaysia) and southern Philippines (Sulu Archipelago). That said, no written documents or ruins of ancient monuments or villages were ever found, leaving many to come up with theories – though easily disputed – as to where they came from. 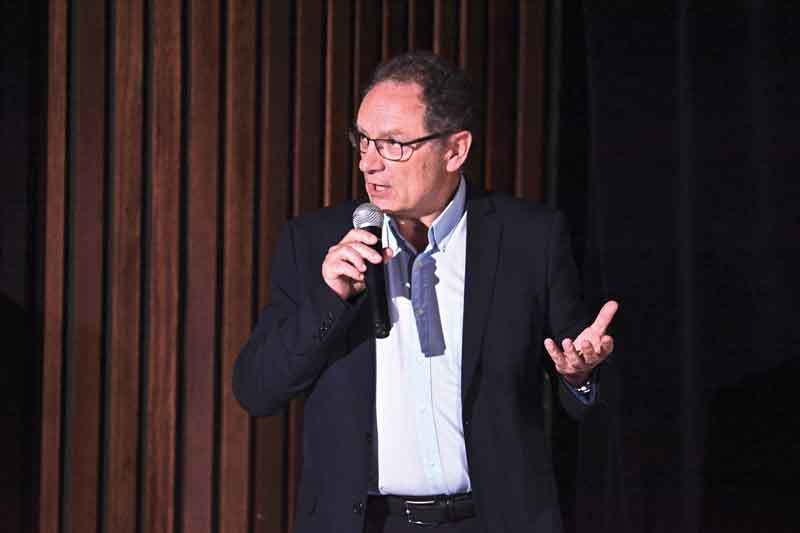 “Where did the Bajo Tribe come from?” is a question French linguist Philippe Grangé sought to answer through his four-year research in Indonesia. It was also the topic of his talk at the Institut Français Indonesia in Jakarta, held in May, entitled Diaspora Maritim Suku Bajo Indonesia: Mengurai Sejarah Lewat Bahasa (Maritime Diaspora of Indonesia’s Bajo Tribe: Dissecting History through Language).

Dubbed as sea gypsies, people of the Bajo Tribe are known for their fondness to wander vast oceans. Contrary to popular beliefs though, their lifestyle has begun to adjust to modern times.

“Those nomads do not spend their whole lives on their boats. They only spend a week or two with their families on board to find some commodities to sell, but not forever. They now have homes close to the sea as they find it more comfortable. They build their houses on shallow waters, like stilt houses,” said Grangé.

As to their origins, Grangé explained there were still many conflicting theories.

“Many Bajo people think that they came from Johor in Peninsular Malaysia. There is a myth that Bajo men were sent to the sea to find a lost princess of Johor and were not allowed to come back home unless they found her. Since they failed the mission, they didn’t dare to go home and therefore they were scattered in eastern parts of Indonesia,” he said. 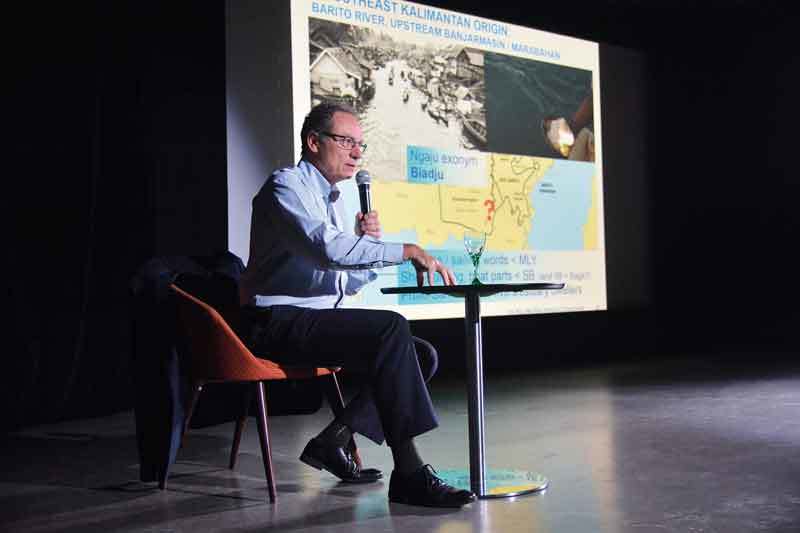 “I don’t think that the myth is true because, first of all, it is not based on historical evidence. Also, Johor Empire was created in the 14th or 15th century, whereas Bajo people had already been scattered all over Indonesia long before then. The language is also rather different from people living in Peninsular Malaysia, where they speak Malay, while the Bajo people speak Bajo language.”

Another theory, based on Pallesen (1985) and Blust (2007), had it that the Bajo Tribe might have descended from the native South Kalimantan tribe of Dayak Bakumpai, who lived alongside the Barito River. The two tribes are known to share resemblance in their way of carving stones and woods into handicrafts and artworks, as well as the way they perform burial rituals. Like the Bajo people, the Dayak Bakumpai men and women were also famous for their ability to sail, which in their case was done in the deep, crocodile-infested Barito River.

While he didn’t dispute this theory, Grangé did find some parts of it questionable.

“They [Pallesen and Blust] said that the whole tribe moved to Sulu Archipelago in the ninth century. This is weird. If we had been attacked by enemies or struck by natural disasters, why would we run to the same place instead of scattering to different directions?” he asked.

Eager to solve the puzzle, Grangé started a language-based research in 2013 with Indonesian anthropologist Chandra Nuraini. Together, they ran linguistics tests on Bajo people in the three main areas of their populations. 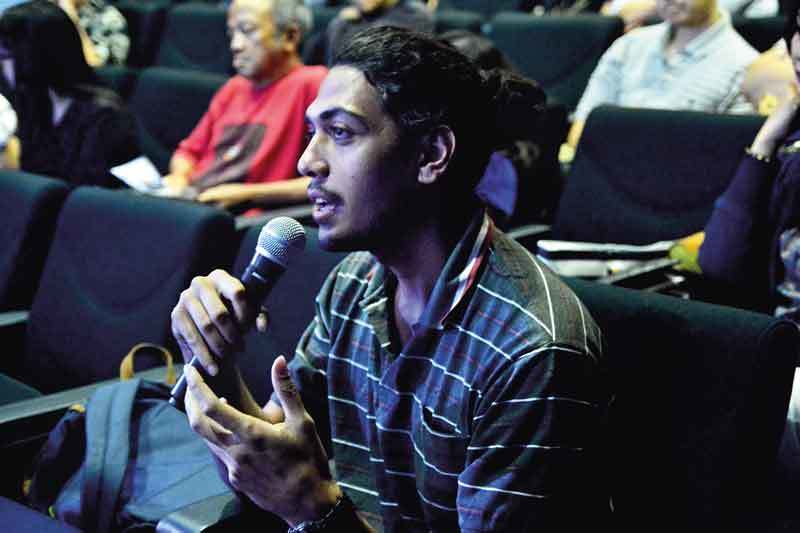 “We asked them about their mother tongue. I made sentences in their language and asked them if those sentences were correct or not, if this certain word could be changed with another word, if this word had another meaning in a different context,” said Grangé.

“Next, we did a ‘comparative linguistics’ study, which showed us differences between the vocabulary of one group of Bajo people and another. Basically we used a list composed of about 210 words that were not random, words that don’t change quickly. For instance, we asked them what they call certain parts of human body, activities such as farming, tools such as fishing nets, etc. We did not use any special tools. We only wrote down their answers. We kept on asking what they called those activities and things until they got bored.”

As the study moved along, Grangé noticed the importance of academic insights from other fields, such as Anthropology, Archaeology and Genetics. As result, there are now some ongoing genetic researches on Bajo people conducted by experts from Université de Toulouse in France and Eijkman Institute in Indonesia.

As head of the Institut Universitaire Asie-Pacifique at the Université de la Rochelle in France, Grangé is a respected scholar and professor in the areas of linguistics and Indonesian language. He’s also the coordinator of a joint cooperative decentralisation programme between Communauté d’agglomération de La Rochelle and the municipal government of Kendari, the provincial capital of Southeast Sulawesi. His current researches include “Sintaksis dan Semantik Bahasa Indonesia” (Syntax and Semantics in Bahasa Indonesia) and “Studi Diakronik Bahasa Bajo Indonesia” (Diachronic Study of the Indonesian Bajo Language).