Appearances can often be deceptive. Thanks to modern technology, it is possible to produce unique tiles patterned with beautiful Javanese batik motifs, which bear striking resemblance to batik fabrics in appearance. Tiles, over the years, have evolved significantly; state-of-the-art technology has enabled tile manufacturers to create patterns never before imagined. 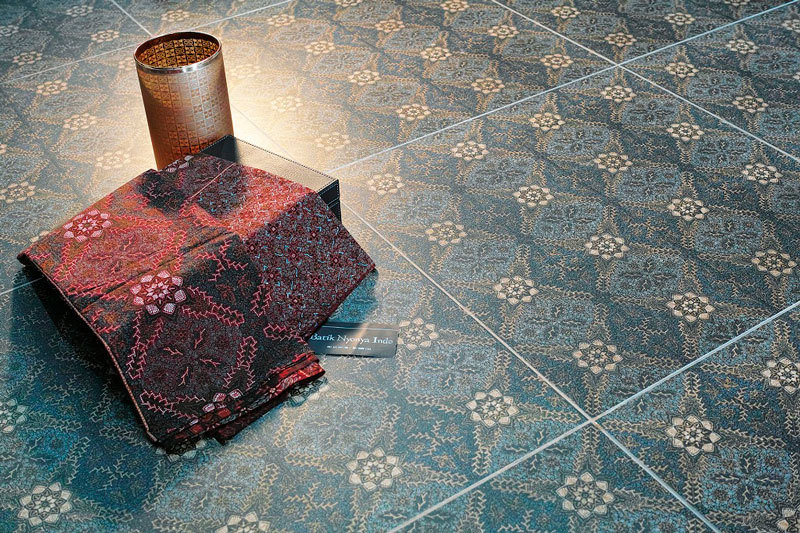 Today, thanks to digital printing, tile manufacturers are able to achieve infinite design variability, including producing flawless tiles patterned with batik motifs. PT Asri Pancawarna’s devotion to innovation, like these batik tiles, makes its products stand out in a highly competitive market.

INDOGRESS, in its Etnika series, offers two variants of batik tiles, namely Patola and Wora Wari. Those tiles are made based on the designs of batik tulis fabrics (hand-drawn batik made by using canting, a copper vessel with a spouted nib) that are created by a batik brand named Nyonya Indo. Using age-old techniques, the artisans make the batik fabrics by hand meticulously; it is a time-consuming procedure, as the manual process of waxing, dying and drying the fabrics needs to be repeated for each colour.

Later, the batik textiles with Patola and Wora Wari patterns are scanned. Thanks to the usage of advanced digital technology and its skillful staff, INDOGRESS is able to perfectly print the images of intricate batik motifs from a computer onto the tiles, resulting in distinctively beautiful batik tiles. The Wora Wari batik tile was awarded “Designers Recommended Product” by Himpunan Desainer Interior Indonesia (Interior Designers Association of Indonesia) in 2015. 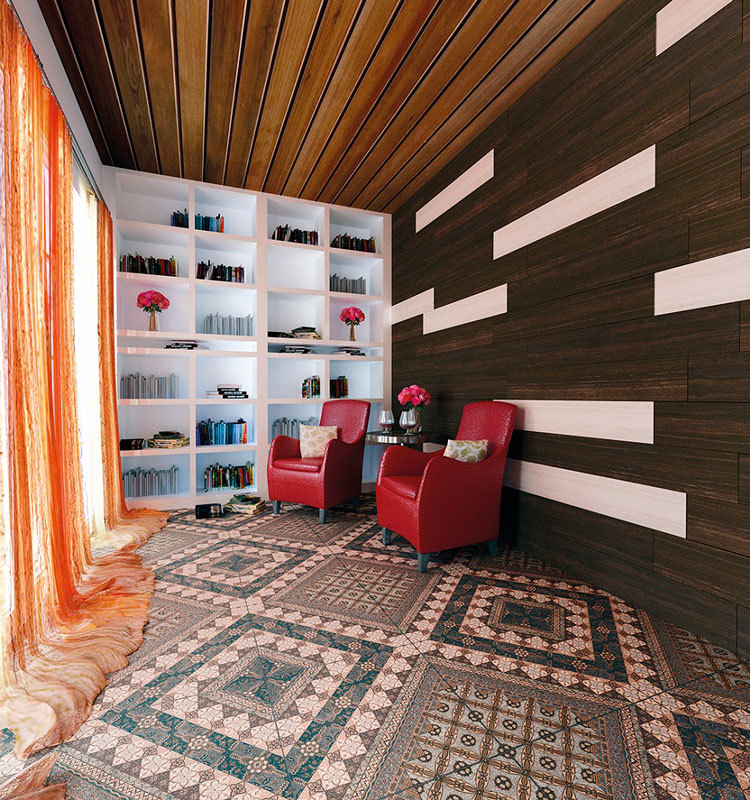 Both of INDOGRESS’ batik tiles, Patola and Wora Wari, are not only pleasing to the eye, but just like other INDOGRESS’ tiles, they also comply with international standards. In its magazine called Infogress, INDOGRESS stated that it has exported various types of tiles to 25 countries, including Russia, Switzerland, Spain, United Kingdom, Thailand, Vietnam, South Korea, Japan, Australia and the US.

“Speaking of quality, those batik tiles are coated with crystalline glaze to create a luxurious appearance as well as for added strength; the hardness of a material is rated in Mohs and with a hardness of 8 Mohs, our crystalline-glazed tiles are very tough and durable. Moreover, they are also scratch resistant,” says Hendry, Deputy Head of Marketing Department of PT Asri Pancawarna.

The higher the Mohs hardness of the tile surface, the less the risk that objects can scratch it permanently.

The batik tiles can be used as wall tiles as well as floor tiles, suitable for both indoor and outdoor areas, like terraces. “Those tiles are fired at 1,200 degrees Celsius, thus the colours do not fade, even if they are exposed to direct daily sunlight,” says Hendry. 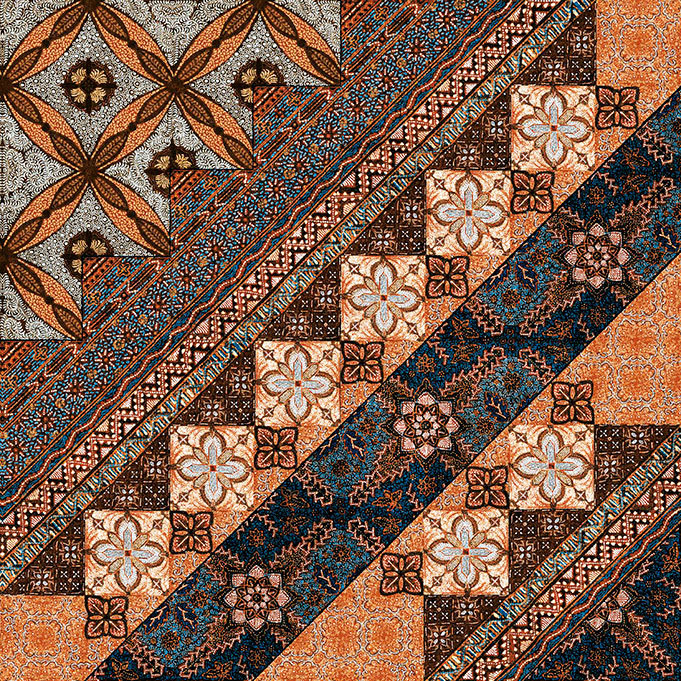 As for new creations, there are exciting plans in the pipeline. “We will collaborate with two students of ESMOD Fashion Design & Business School who have won the INDOGRESS’ tile design competition. Based on their designs, we will create two new tiles that resemble gunnysack and hand-woven songket fabric from Sumatra in appearance,” says Hendry.

The company is optimistic about the outcome of the unique gunnysack and songket tiles, which will be launched next year. To show how INDOGRESS has successfully produced patterns or surfaces that capture the “look” of whatever it tries to imitate, Hendry presented a tile from the Metafora series; from a distance, the large tile appeared to be divided into two parts, the upper part conveyed rock stone texture, while its lower part bore resemblance to a carpet. In reality, it was a granite tile.

As advances in technology have made it possible to create granite tiles that resemble carpets in appearance, it is therefore also possible to produce granite tiles that mimic woven textile’s appearance: INDOGRESS offers custom-made tiles, and that includes tiles patterned with Indonesian traditional textiles, from batik to hand-woven fabrics – these days, a touch of Indonesia can be added to one’s home in the form of tiles. 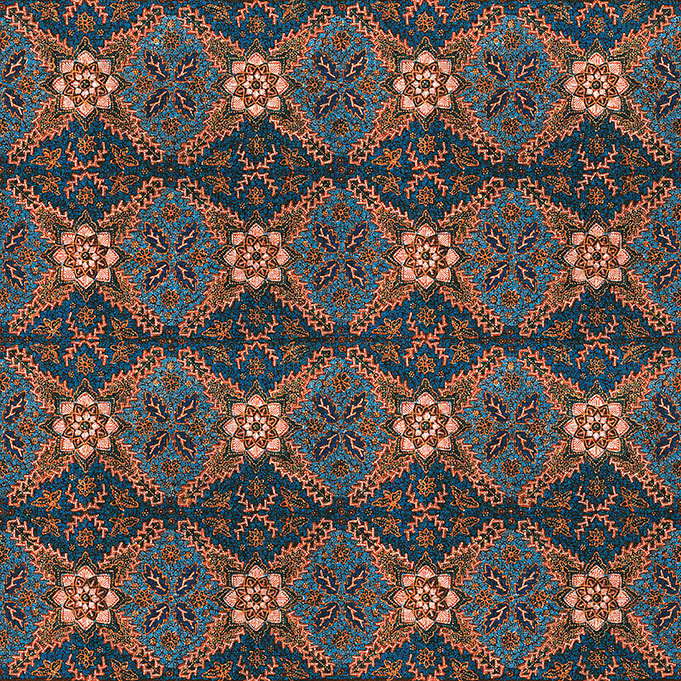 Creating “visual deception” is the company’s forte. The usage of state-of-the-art Italian technology has made it possible for INDOGRESS to produce granite tiles that look like marble, wood, cement, rock stone, vintage tile, and even batik textiles in appearance; and in the near future, as tiles that bear resemblance to gunnysack and woven fabric on appearance will join the ranks of goods on offer as well – there is truly something for everyone.

To produce quality tiles in a wide variety of patterns, sizes and type of surfaces, for both residential and commercial projects, INDOGRESS uses various advanced technology, such as Double Charge 6th generation, Salt & Pepper, Multi-pipe, Soluble Salt, Roto-colour, Dry Glazed, Digital Printing and Nano Technology. Using various modern technologies before competitors do has given the company a competitive benefit.

For instance, INDOGRESS was the first Indonesian manufacturer using Nano Technology; in 2013, it was awarded “Pioneer Granite Tile Products with Nano Technology” by Rekor Bisnis Indonesia. As Hendry said, the process of polishing tiles creates microscopic pores that are prone to absorb stains on the tiles’ surface; the usage of nano technology enables manufactures to seal the pores perfectly. In a nutshell, nano treatment makes the tiles glossier, stain resistent and have more intense colours.

It is amazing how advances in technology enable tile manufacturers to produce all shapes and patterns imaginable; how tiles can even be used to showcase the richness of a country’s culture and traditional art, like the beautiful tiles patterned with batik motifs. And as tiles come in various forms, from classic rectangular to hexagon, these days, thanks to modern technology, customers are indeed spoilt for choice.