Wherever you’re from, you’ll agree that weddings are a momentous occasion. In Indonesia, it’s no exception. But given the rich diversity in this archipelago, wedding traditions are celebrated in literally thousands of ways. There are, to begin with, approximately 1,340 ethnic groups spread accross more than 17,000 islands, from Sabang in the West to Merauke in the East. The wedding rituals may be different, but one thing for sure, all of them are full of sparks and colours. Read on to find out more about some of the most unique wedding traditions in this country, to give you an insight into its remarkable diversity. 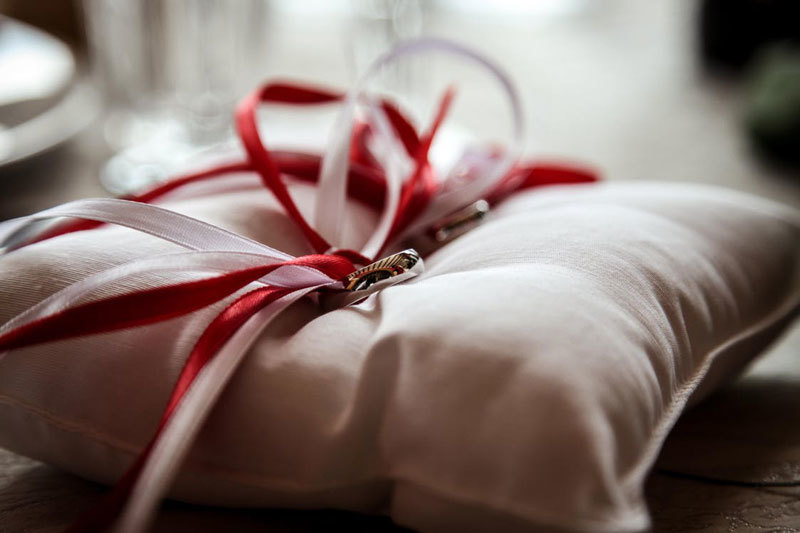 Betawi, Jakarta
It starts from Ngledengin, a process in which a man and/or his family scout for the right woman to marry. Once the woman has been found, the man’s family will then send someone called Mak Comblang to her house to express interest. If the answer is yes, there will be some sort of token given to the woman’s family, also regularly known as uang sembe. Now that the initial work is done, Mak Comblang will then start preparing for the next step, which is the wedding proposal or Nglamar. 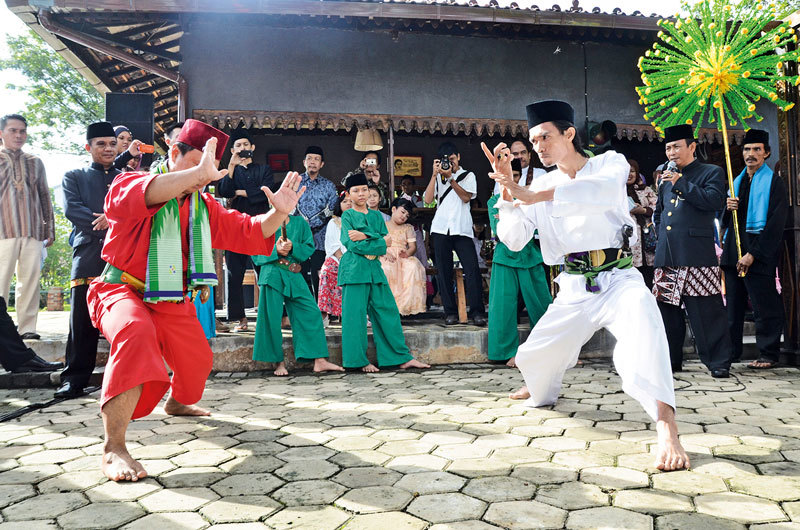 During Nglamar, parents of the groom-to-be will visit the house of bride-to-be and officially propose. Along with the entourage, it’s common to bring along presentations of plantains, betel leaves, plain bread and other gifts. Family and relatives are often invited to the procession. If all goes well, parents of the bride-to-be will then announce the terms and conditions.

To seal the deal, the bride-to-be will be presented with a ring called cincin belah rotan, money and some traditional cakes as a symbol that she – and her groom-to-be – are now taken. This step is known as Bawa Tande Putus.

The woman then will go through a series of health and beauty treatments prior to the wedding, which include rites of Masa Dipiare, Acara Mandiin, Acara Tangas, and lastly, Acara Ngerik or Malam Pacar.

Finally, the big day arrives! The groom and his family would then proceed to the residence of his bride, bringing along betel leaves, dowry, a miniature of a mosque containing money for groceries, as well as other goods and food that include the popular roti buaya – an enormous bread shaped like a crocodile. Betawi people believe that since crocodiles only mate once in a lifetime, they represent fidelity.

By the time the groom’s entourage arrives though, the woman’s family will have put up a symbolic block (called Palang Pintu) at the entrance to keep them from entering. The only way to get in is by proving the man’s worthiness to marry her, through three tests. First, the woman’s family will recite some funny, short poems known as pantun to the man’s family asking about their intention of coming, to which they must reply accordingly. Next is adu silat (Betawi traditional martial art), where representatives from both families will have a friendly and safe duel to show off their skills. This proceeding symbolizes the man’s fight for her. Lastly, the man himself must read the Moslem holy Koran flawlessly to symbolize his ability as imam (leader) of his future family. Once all tests are complete, the entrance will be opened and the Akad Nikah (Islamic wedding vows) can begin. Once that ritual has been completed, the couple will be officially pronounced as man and wife.

Sasak, Lombok, Nusa Tenggara Barat
Lombok may be known for its heavenly beaches, but really, the island possesses more than natural beauty. It’s also home to a highly unique wedding ritual that sees the bride-to-be, errr, kidnapped by her groom-to-be. Here, kidnapping of the bride isn’t just recommended, it’s a must. 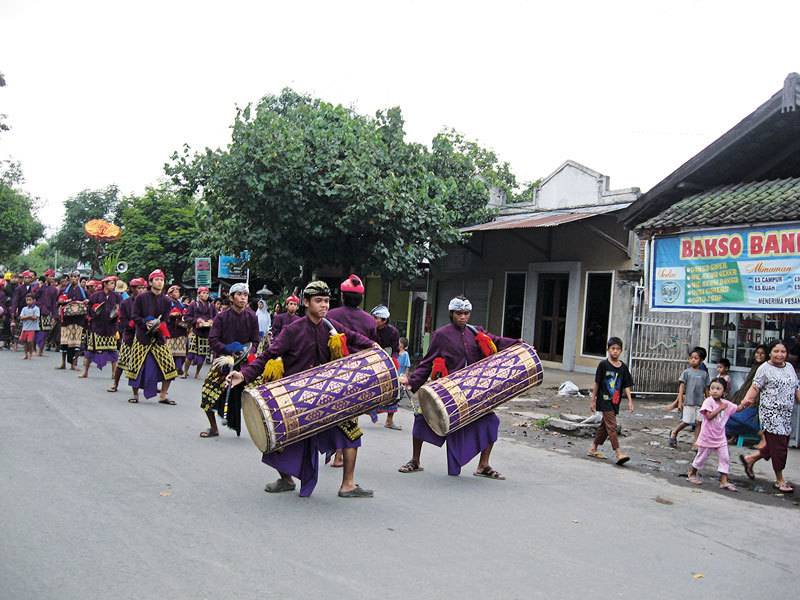 Before you freak out, read more. Ladies, if it’s a heroic, adrenaline-pumping romance you’re looking for, the nuptial ritual performed by the indigenous Sasak Tribe should fit the bill!

Here’s how it works. The man will quietly sneak into the house of the woman he intends to marry, take her and bring her to the house of one of his relatives. While doing so, he must not attract any attention or make any noise or else her family will find out. In short, no one else but the man, the woman and a few of the man’s relatives – not even their parents – should have knowledge about the “kidnapping”. The reason is to ensure the man’s success in “winning” and eventually marrying her.

If, during the secretive process, the groom-to-be gets caught, he is required to pay a penalty. There are four categories: Denda Pati, literally for the crime of making noises during the kidnapping, Denda Ngurayang, if he kidnaps a woman against her will or without any prior agreement, Denda Ngeberayang, if the kidnapping fails due to external intervention such as interruption by a rivaling party, and Denda Ngabesaken, if the kidnapping takes place during the day.

In a perfect scenario, the bride-to-be will spend a few days at the house of the groom-to-be’s relatives. Upon learning about the kidnapping, his family will then pay a courtesy call to her family and ask for her hand. If the feeling reciprocates, the parents of the woman will then wash their future son-in-law’s feet with syrup or coconut water. If not, they will use tajin (water used to wash rice) instead.

Say all goes well, both families will move to the next phase and start planning for the wedding. The meeting, known as Masejatik or Nyelabar, also allows the two families to get to know each other better.

On the big day, after the man and woman have officially tied the knot at akad nikah, then it’s time for the Sorong Doe ritual, in which the groom’s family will return to the bride’s house to hand over some money called kepeng tagih.

Minangkabau, West Sumatra
In the matrilineal society of West Sumatra, it’s the woman who asks for the man’s hand in marriage. 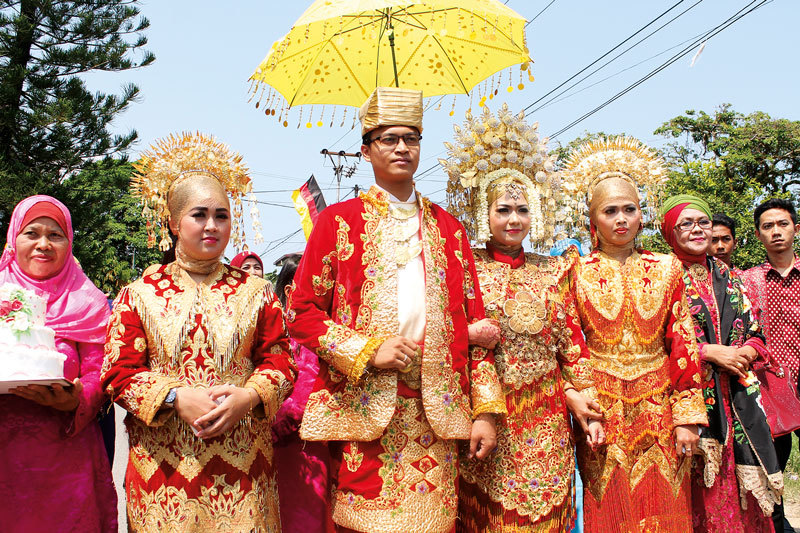 During Maresek, the woman’s family visits the man’s house to introduce themselves and make their intention known, bringing along traditional cakes and fruits. Next, and this might be the coolest part, the woman will propose to the man during a ritual called Maminang or Batimbang Tando. Once approved, both families will begin exchange traditional goods such as the indigenous sharp weapon keris and traditional fabrics. The bride’s family will also bring cakes, fruits and betel leaves as gifts.

Both the man and the woman will then ask for permission and blessing from their parents and respected elders during Mahanta Siriah. He will bring nipah leaves and tobacco – cigarettes are more common these days – while she will bring a complete package of betel leaves.

Days before the wedding, the family of the woman’s father will usually present to the bride-to-be a complete package of betel leaves, traditional rice-and-chicken dish called nasi kuning singgang ayam, clothes and a set of gold jewelry. This rite, called Babako Babaki, symbolizes their love and financial support.

The Minang people also have their own bachelorette night, known as Malam Bainai. To celebrate the bride’s last night as a single woman, her family and close relatives will spray her with floral water. Some leaves called daun sitawa sidingin are also commonly used to sprinkle the water. The number of the people spraying the water must be odd – five, seven or nine. Later, they’d colour her nails, fingers and hands up to the wrists using inai leaves that have been ground to smooth consistency. While doing this, they would whisper to her ears marriage-related advice.

During Manjapuik Marapulai, the bride’s family will come to the groom’s house to pick him up and bring him to her house. While doing so, they will present as gifts betel leaves, traditional wedding outfit, nasi kuning singgang ayam and more. Here too he will be awarded with a traditional honorary title representing adulthood.

By the time the group arrives back at the bride’s residence, they will be greeted with Minang traditional music and dance called Tari Gelombang Adat Timbal Balik, with yellow rice being thrown at the groom-to-be. This greeting is called Penyambutan di Rumah Anak Daro. Before entering the house, the groom’s feet will be sprayed with water and he’s required to walk on a white cloth to the table for the akad nikah or Islamic wedding vows.

One week following their vows, the newly married couple will then visit the groom’s parents, as well as his mother’s male elders (known as ninik mamak), to pay respect. This rite is called Manikam Jajak.