On November 18, Sole Oha, a special exhibition demonstrating the lives of women weavers in Sulawesi and Flores, will open at Jakarta’s Museum Tekstil in Tanah Abang. Several exhibition rooms will be turned into homes of weavers from the islands of Adonara and Lembata, as well as homes of Torajanese weavers from Sa’dan and Mamasa in Sulawesi.

Museum visitors have a unique opportunity to watch Indonesian weavers at work in their home setting and to learn about their lives and the challenges they face – and of course to admire hand-loomed textiles from Sulawesi, Lembata, and Adonara.

The exhibition has been organized by Toraja Melo, a social enterprise that aims to improve the lives of rural women weaver artisans in Indonesia and to rejuvenate the art and culture of Indonesian hand-woven cloth. Toraja Melo (which means ‘beautiful Toraja’) was founded by Dinny Jusuf, a former corporate banker for Citibank and former Secretary General of Komnas Perempuan (National Commission on Anti Violence Against Women), and her sister, fashion designer Nina Jusuf, who co-founded the National Organization of Asian Pacific Islanders Ending Sexual Violence.

Dinny conceived the idea of Toraja Melo in 2008 while building a house in South Sulawesi with her Torajanese husband. Exploring the surrounding villages of Sa’dan, one of Sulawesi’s weaving centers, she was struck by the fact that no one was buying the beautiful Torajan hand-loomed textiles – the 1998 Asian Financial Crisis, the Poso riots, and the 2002 Bali bombings had put an end to tourism in Sulawesi. Furthermore, the Torajanese did not wear their own weaving in daily life (unlike, for example, the people of Flores and Sumba).

Dinny also noticed many mothers with children who had distinctly non-Torajan features. She quickly learned that these women had been migrant workers in Sabah and Sarawak and had returned home to bear children who were essentially stateless under Indonesian law – without an Indonesian father, these children had great difficulty obtaining an Indonesian identity card, which, among other things, would allow them to attend public school in Sulawesi and obtain health care. 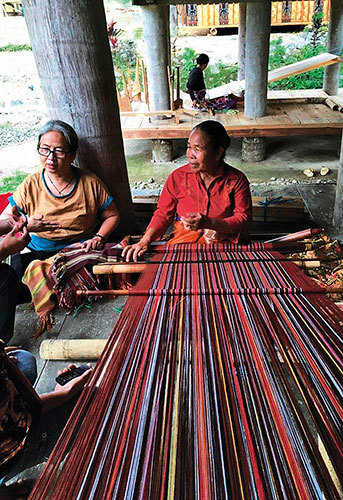 Moving quickly, Dinny undertook a field survey, which revealed that only few Torajan women were still weaving and that many old Torajan textile motifs had already disappeared. Prices and demand were low, yarn was difficult to obtain and expensive, and textile entrepreneurs in Java were using ATBM (Alat Tenun Bukan Mesin – non-machine, wooden) looms to make cheap copies of indigenous designs, thus pushing down prices even further. Women who might have earned their livelihood as weavers instead went abroad every year to find employment, mostly as domestic workers – in Malaysia, Taiwan, Hong Kong, Singapore, the Middle East, and other countries. Many were abused and returned home with unwanted pregnancies. 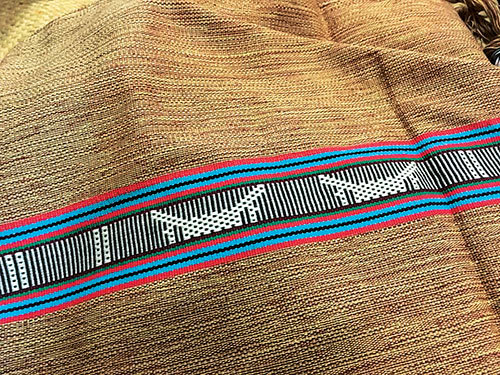 In October 2010, Dinny and Nina founded Toraja Melo, aiming to stop this cycle of poverty and violence, using weaving as the entry point. As there is no legal form in Indonesia for a social enterprise, they established a foundation (Yayasan Toraja Melo) to conduct the training programmes for weavers and a limited liability company (PT Toraja Melo) for the business end.

Toraja Melo uses hand-woven textiles to create clothing, shoes, bags and gift products of high quality, produced by partner workshops in Jakarta, Bandung and Jogja that share the same vision. In 2013, the program was expanded to Mamasa, Sulawesi, and then in 2014 Toraja Melo went into partnership with PEKKA (Association of Women Headed Households) and began to work in Adonara and Lembata. 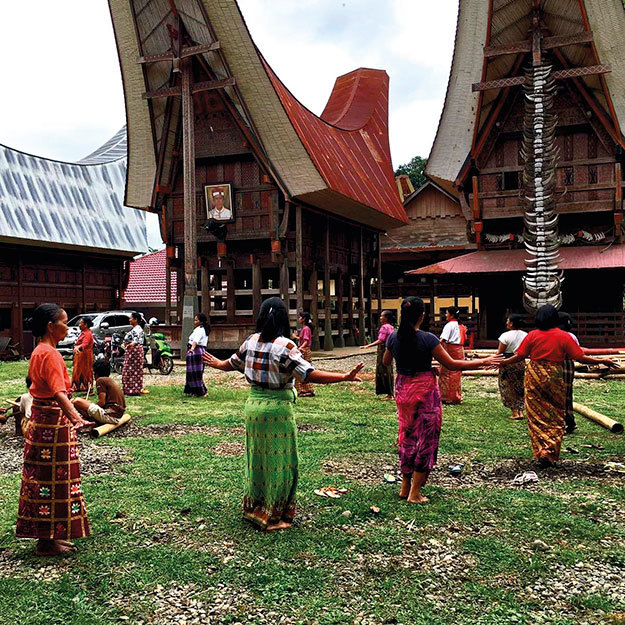 The work of Toraja Melo has not only made it possible for women to stay in Indonesia and earn a decent income as weavers; it has also increased pride in the local weaving traditions. After the Regent of Toraja attended the Toraja Melo fashion show in Jakarta in 2012, he decreed that civil servants in his administration should wear locally produced textiles once a week. 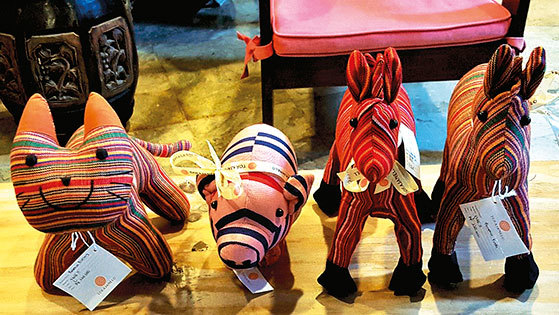 From November 18 until December 17, Jakartans will have the opportunity to appreciate these fine hand-woven textiles and learn more about the lives of the weavers at Museum Tekstil Jakarta. A special English-language guided tour of the exhibition is being offered on Tuesday, November 21 and again on November 28, 2017 at 10 am. 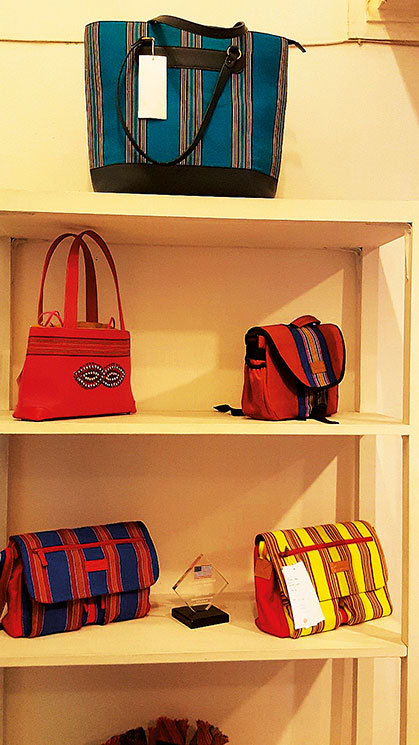