In 1996, Bernhard Bart, a Swiss architect who was learning Indonesian in Padang, made a sketch of an old, intricate Minangkabau songket on display at the Padang Museum. When he attempted to find a similar weaving in the markets of Pandai Sikek and Payakumbuh, he found only poor-quality textiles with simplified patterns. Intrigued, Bart began to research Minangkabau songket, eventually photographing around 1500 pieces, including many in museums in Indonesia and Europe. Along the way, he became convinced that he had to do something to keep the tradition alive. 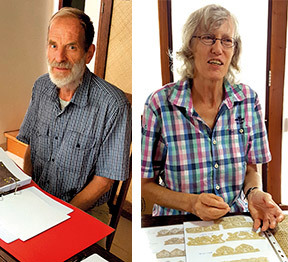 Minangkabau songket had its golden age from 1850-1920, when highly complex patterns were woven from the finest silk and metallic threads. After World War I, economic crises and natural disasters led to decline and finally, with the Japanese occupation in 1942, Minangkabau songket weaving came to a complete standstill.

Individual Minangkabau women began weaving again in the 1960s, but mothers had failed to pass the traditional patterns and techniques to a generation of daughters, and the new weavers could not replicate the fineness and variety of the old motifs. Some of the old patterns in Koto Gadang, for example, required up to 180 supplementary weft threads. However, the weavings that Bart found in the markets had vastly simplified patterns, using only 5 to 35 different pattern threads.

Although he did not weave himself, Bart was able to look at a textile and understand how it was made. He bought a computer and began to transform his sketches and photographs into digital templates for songket, which he then commissioned from local weavers.

In 2008, Bart and his wife, Erika Dubler, moved to Bukittinggi to open a weaving studio. The workshop carries out the entire production process under one roof; only the silk and metallic thread is purchased outside. They employ 11 young local weavers – including three men –  all of whom were trained by the studio. 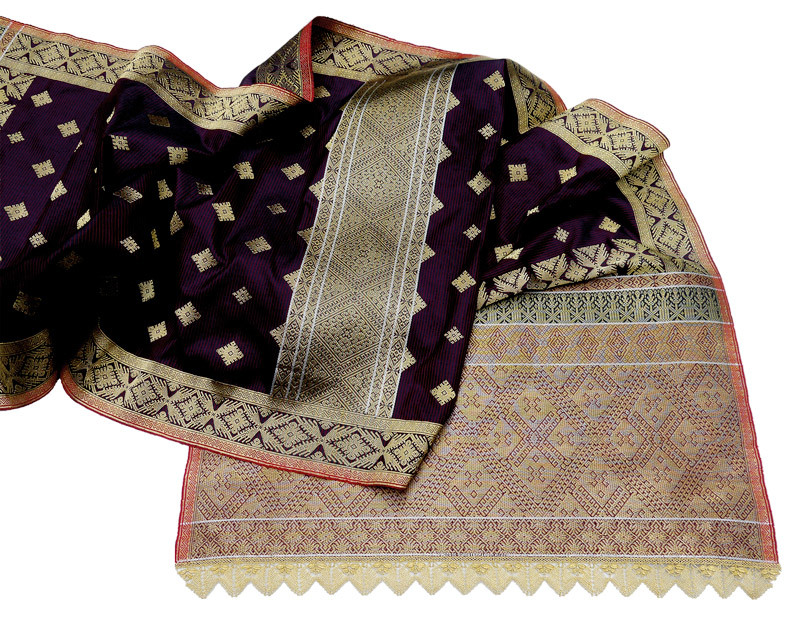 The weavers work on frame looms, as Minangkabau women have always done – not on the backstrap looms used in other parts of Sumatra. However, the frame looms employ an unwieldy system of thin palm leaf rods (lidi) in the back part of the warp to store the songket patterns. Bart therefore introduced a more efficient vertical heddle system he had discovered in Laos. The weaver still counts the threads by hand to store the motif on the pattern heddle, but the pattern only has to be saved once; the pattern heddle can be stored and used again later to weave another cloth.

Bart and Dubler also reinstated the earlier, more difficult practice of weaving the cloth upside down on the loom, because if the textile is woven with the right side up, the loops formed when turning the supplementary weft threads are seen on the right side and the outer lines of the pattern are blurred.

The workshop produces eight songket textiles a month, most of which are sold to Minangkabau customers in Jakarta for weddings or other traditional celebrations. In 2016, the Indonesian designer, Adrian Gan, created a collection using Bart’s songket. A number of national and international museums, including the Museum Basel and the Rautenstrauch-Joest Museum in Cologne, Germany, have bought songket from the workshop. In 2012, two of Bart’s songkets received a UNESCO Award of Excellence for Handicrafts.

Recently, Bart has turned his attention to another project – he has been reproducing textile motifs found on stone statues in the Museum Nasional Jakarta, including the lotus flower motif on the statue of the Hindu deity Durga from Candi Singasari, East Java and the balah kacang (split peanut) motif on the statue of Syamatara from Candi Jago, East Java. The balah kacang motif, which is found almost exclusively on Minangkabau songket textiles, has important symbolic meaning for the Minangkabau, and it is not at all clear how this motif found its way from several 13th century Javanese statues to Minangkabau weavers in West Sumatra. For more information, see ‘3 Textile Patterns on Stone Statues and in Songket Weaving’ by Bernhard Bart in Textiles Asia, May 2016, Volume 8, Issue 1. 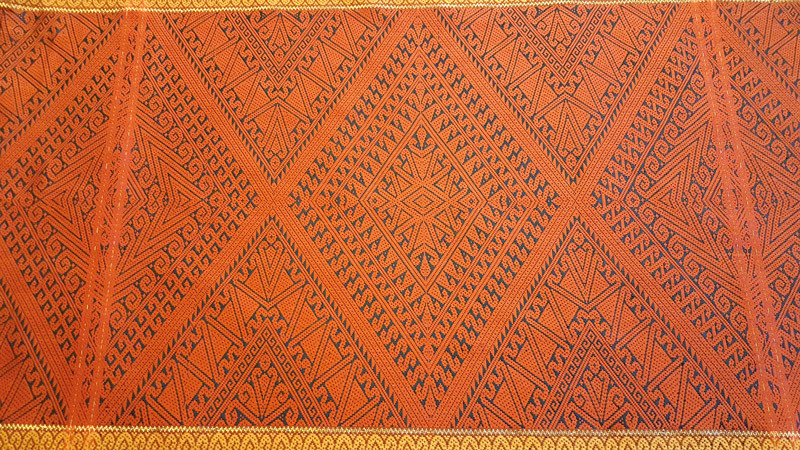