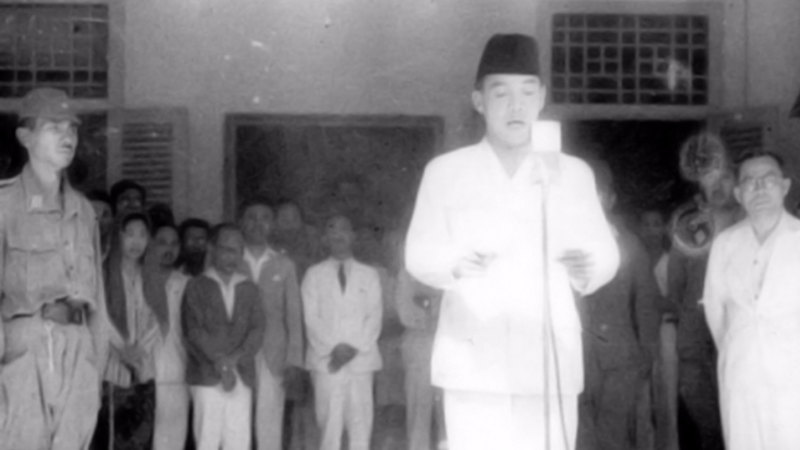 Proclamation: We the people of Indonesia hereby declare the independence of Indonesia. Matters concerning the transfer of power, etc., will be carried out in a conscientious manner and as speedily as possible.  Djakarta, 17 August 1945. In the name of the people of Indonesia, Soekarno - Hatta. The red-and-white flag, ‘Sang Merah Putih’, was raised and the song ‘Indonesia Raya’ – now the national anthem – was sung.

17 August 1945, the text of the proclamation of independence was read by Soekarno and Mohammad Hatta on behalf of the Indonesian people. A clear mark in time that the Unitary State of the Republic of Indonesia (NKRI) had been established and is sovereign, and that means that this year Indonesia has reached 76 years of its existence and independence.

The proclamation is considered as a reference for Indonesia in implementing all state laws. The nature of the proclamation of independence is also used as a sign that the Indonesian people have the right to live their own lives without interference from other nations, and are free to determine their own destiny for the future of the nation.

The history of the Proclamation of Indonesia’s Independence was preceded by a series of important events, one of them was when Soekarno, Mohammad Hatta and Radjiman Wedyodiningrat were flown to Dalat, Vietnam to “pick up” the independence promised by Japan. The three national figures were considered by the military government of Dai Nippon as important and influential figures.

The thrilling mission to Vietnam began on 8 August 1945 just before midnight. The flight to Dalat was deliberately carried out in secret because of the urgency of the situation at that time. From Kemayoran Airport, the plane carrying the three fathers of the Indonesian nation accompanied by several Japanese officers did not go directly to Vietnam. On 9 August 1945 in the morning the plane landed in Singapore to stop for a while, monitoring the situation. The decision to transit for a day in Singapore turned out to be the right choice. On the same day, an atomic bomb was dropped on the city of Nagasaki in Japan by the United States, repeating a similar incident that had happened to Hiroshima on 6 August. The journey continued on 10 August.

Soekarno, Hatta, and Radjiman rested in Saigon (now called Ho Chi Minh), before continuing the flight. On 11 August, the journey continued to Dalat and arrived on the same day. Sokarno, Hatta, and Radjiman and their entourage had to wait until the next day according to the scheduled meeting with Marshal Hisaichi Terauchi, Commander of the Japanese Armed Forces for Southeast Asia. 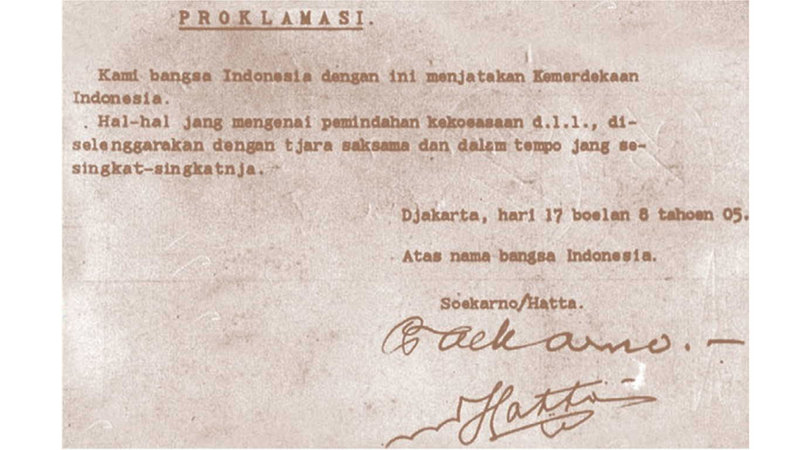 In that meeting Terauchi’s impression was convincing and it seemed that he really would give independence to Indonesia when the time came. He even congratulated them on the independence that would soon be realized. Terauchi suggested this could happen on 24th August. Soekarno and team also welcomed the decision and could not wait to report the results of the agreement with Terauchi which contained the promise of independence for the Indonesian people. On 14 August, these three figures returned to Indonesia.

Arriving in the country, a series of polemics arose before Indonesia was truly independent on 17th August. On August 14, 1945, Soetan Sjahrir heard from the radio that Japan had surrendered from the Allies in the Greater East Asia War. Sjahrir immediately met Sukarno and Mohammad Hatta who had just returned from Dalat to deliver the news. There were disagreements when Sjahrir asked that independence be declared immediately. However, Sukarno and Hatta, who were not convinced by the news of Japan’s defeat, and chose to wait for certainty. While waiting for the promise of independence from Dai Nippon. Sukarno and Hatta did not want to take a wrong step in making a decision. On the other hand, other young leaders supported Sjahrir’s idea, namely to urge Soekarno and Hatta to immediately proclaim independence.

“Indonesia’s independence, which came from the Japanese government or from the struggle of the Indonesian people themselves, doesn’t matter because Japan has lost.” Soekarno and Hatta said.

The youths who could not wait for it actually pressed for independence to be immediately proclaimed. On 15 August in Pegangsaan Timur, Chaerul Saleh led a youth group meeting which agreed that Indonesian independence is the right of the Indonesian people, not dependent on other parties, including Japan.

At exactly 04.30 in the morning on 16 August, Soekarno, Fatmawati and their eldest son, Guntur, and Hatta were kidnapped to Rengasdengklok by the youth and were placed in the house of a resident of Chinese descent named Jiauw Ki Song. The act of “kidnapping” was originally intended to pressure Sukarno and Hatta to be willing to immediately proclaim independence.

In Jakarta, Achmad Soebardjo, who was a prominent figure from the elder leaders, learned of the incident. He then met Wikana, one of the youth leaders. Talks were held and it was agreed that independence should be declared in Jakarta immediately. Achmad Soebardjo along with Sudiro and Jusuf Kunto headed to Rengasdengklok to pick up Soekarno and Hatta and bring them back to Jakarta.

On the same day, discussions were held regarding the plan to implement the declaration of independence. That evening, at the residence of Rear Admiral Maeda, a Japanese officer who supported Indonesian independence, at Jalan Imam Bonjol No. 1, the text of the proclamation was formulated.

On Friday, 17 August 1945 at 10 am, Soekarno began to read the text of the proclamation of independence and followed by a short speech without text in front of several of the nation’s figures, community leaders and about a thousand people. After proclaiming independence, the red and white flag sewn by Fatmawati was raised, which became the beginning of a new life for the Indonesian nation with the strength of youth who played an important role of Indonesian independence.

New Trends Have Emerged During Pandemic in Indonesia