Institut Français d’Indonésie (IFI) plays a crucial part in promoting cultural and education exchange between France and Indonesia. This year, the institute promises more diverse and exciting programmes, ranging from discussions and exhibitions to music recitals. 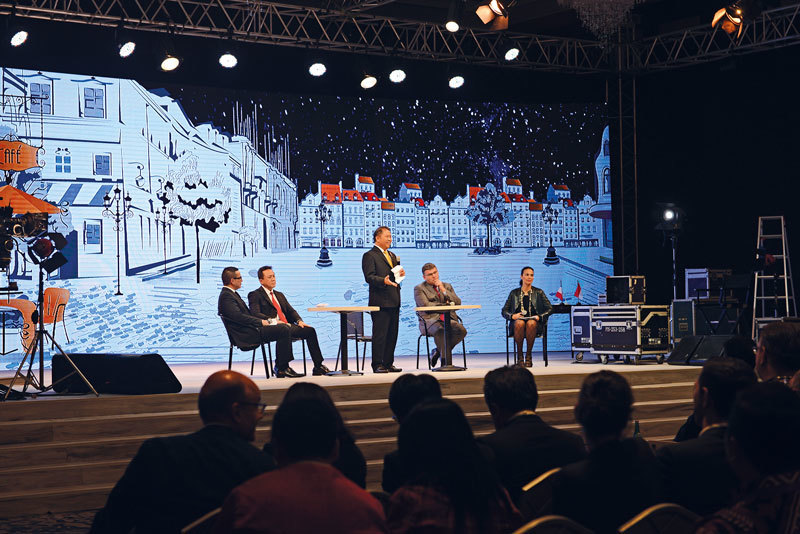 “At IFI, we support all cultural activities that involve representation of both countries. In addition to organising our own agenda, we also support Indonesian cultural festivals such as Java Jazz Festival, Yogya Gamelan Festival and We the Fest by bringing French artists to participate in those prestigious events,” said Christian Gaujac, Managing Director of IFI Jakarta and Cultural Attaché at the French Embassy in Jakarta.

Support in local arts isn’t the only contribution made by IFI, which also names gender equality as a priority.

“Gender equality is a big issue in France as we still have problems such as wage gap, domestic violence and many more. We struggle to promote gender righteousness at the moment and we see the opportunity to talk about this issue at IFI because I believe this is also an important subject within the Indonesian society. For example, in conjunction with Kartini Day on April 21, we exhibited Kartini’s beautiful letters that are being translated into French at our office in Jakarta. Visitors could read and reflect on the struggle of this very brave woman from the nineteenth century in fighting for women’s rights,” said Gaujac.

During the recent visit of French President François Hollande, IFI and the French Embassy organised a forum entitled “French-Indonesian Bilateral Meeting: The Creative Economy and Promotion of the Culture Industry in the Digital Age”, geared towards promoting creative partnerships between the two countries. 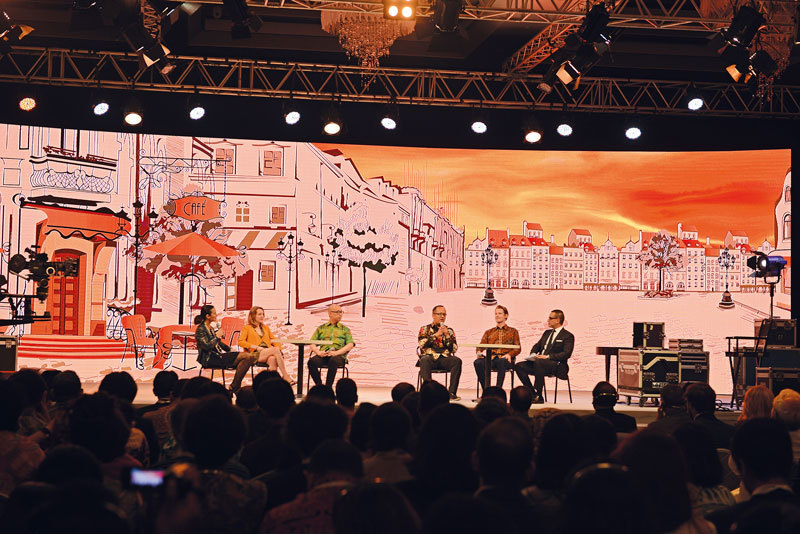 “There were three agreements in the creative and cultural sector that were born out of this meeting: the Film Cultivation Agreement between French National Center of Cinematography and the Moving Image (CNC) and BEKRAF; an agreement between Indonesian Tourism Development Corporation (ITDC) and the Cabourg Romantic Film Festival to create ‘romantic walk’ in Bali; and an agreement between French and Indonesian start-up incubators. Our part is to support and remind people involved in these projects to move forward with their plans and implement the programmes as expected,” he said.

2017 continues to be a very busy year for IFI with a long list of activities to be held in Jakarta, Bandung, Surabaya, Yogyakarta, Medan, and Bali. In May alone, IFI has scheduled three major events.

The Ensemble Multilatérale, a renowned musical group from France, is scheduled to go on stage for the second time at IFI Jakarta, Surabaya and Yogyakarta. This time around, the group will be delivering a three-part performance. Beginning with a tribute to the late Indonesian composer Slamet Abdul Sjukur, the performance will also pay homage to a French contemporary composer and feature collaboration with two young Indonesian composers.

Also happening this month is a Japanese-inspired play entitled “Sadako” featuring French dancer Valentine Nagata-Ramos, who will be collaborating with Indonesian hip-hop dancers. The performance will be held in Jakarta, Bandung and Yogyakarta.

On May 26, don’t miss out on a beautiful recital by French pianist Maxime Zecchini in collaboration with Indonesian classical pianist and composer Ananda Sukarlan.

For more information and to stay updated on the events at IFI, visit www.ifi-id.com.