The Art of Batik Gedhog

Amid the dazzling variety of batik available in Indonesia, batik gedhog or Tuban batik, as it is also known, stands out because of its rough, handwoven cotton fabric and its simple indigo-blue and morinda-red patterns representing cotton, rice, edible gourds, creeping vines, small birds, and phoenixes. 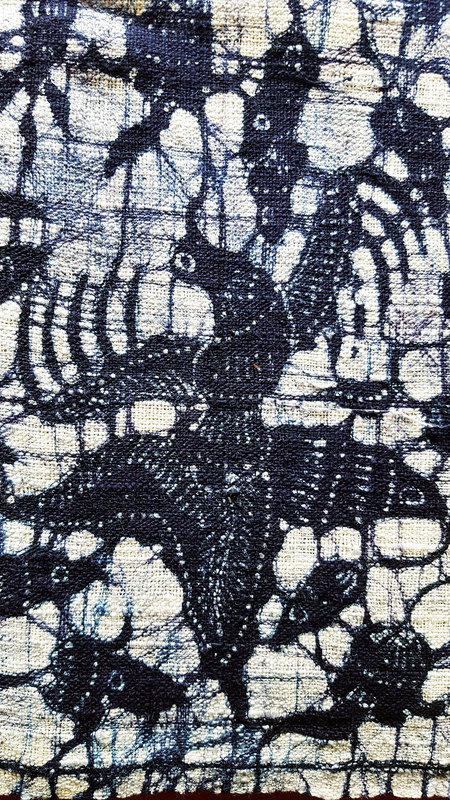 Batik gedhog is produced in the rural village of Kerek, 100 kilometers west of Surabaya and a few kilometers west of the city of Tuban in East Java. Kerek is the only place in Indonesia where cotton is still grown, spun, dyed, woven, and hand-batiked all in one place.

From the 9th century until the early 1600s, Tuban was the most important port in Java, trading in spices, dyewoods, silks and porcelains from China, patterned cotton and silk from India, as well as its own cotton yarns and textiles. However, in 1619, Tuban was conquered by the Mataram Sultan Agung Hanyakrakusuma, who chose Jepara as his main port, and shortly thereafter the Dutch set up Batavia (today Jakarta) as their center of trade. Tuban quickly faded from history, and languished in obscurity and poverty for almost 400 years.

Tuban and Kerek thus remained isolated from the innovations that dramatically altered batik patterns and techniques in the rest of Java, including fine, white, machine-woven cotton – which allowed for much more detail in wax drawing – and batik cap (copper block stamp). These never reached Tuban Regency, so that today Kerek provides us a glimpse of the way batik was once made and how textiles once reflected social organization in all of Java. 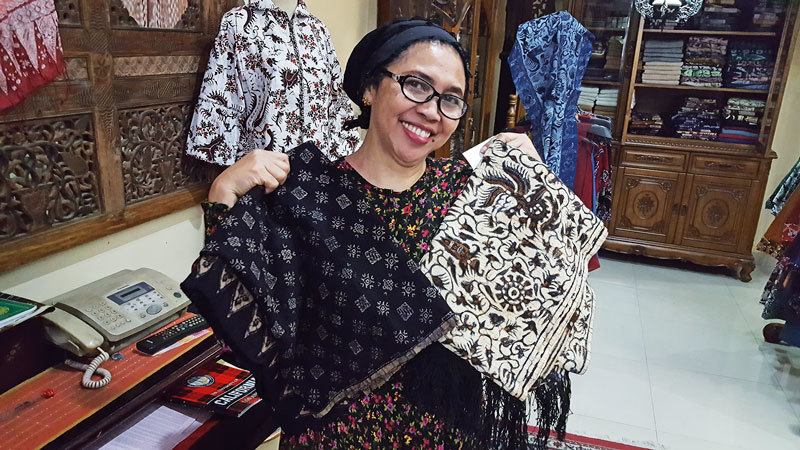 The 17 hamlets of Kerek are grouped in clusters. The hamlets in the east, where cotton was grown, represented birth and childhood. The southern hamlets represented sexual maturity. The western hamlets, where middle-aged women specialized in making cloth with woven patterns, represented motherhood. Grandmothers in the northern hamlets spun and wove the finest cloth for batik.

The central hamlets were the locus of leadership and authority in Kerek. This is where the modin, the religious leader, lived. Ibu Rukayah, who is today respected as the finest batik maker in Kerek, learned to dye from her mother, who was the wife of the modin and therefore had charge of the indigo mother-pot, out of which all ceremonial cloths were dyed.

Clothing color in Kerek also reflected the life cycle. Young, fertile women and women from the western ‘junior’ hamlets would wear red on white batiked (bangrod) shoulder cloths. The red would darken in the hamlets located in the south. Red and blue would be combined (pipitan) in the south-western and western hamlets and for married women with children. Pipitan means ’close together’ in Javanese and refers to the bond between a wife, her husband, and their children. 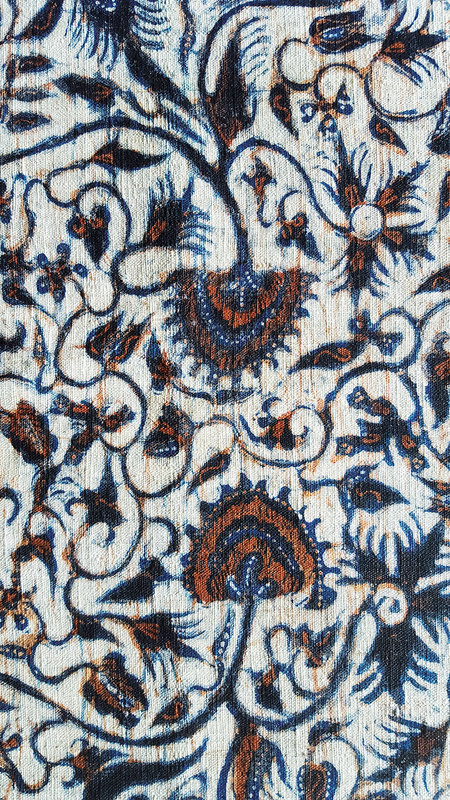 Biron (dark blue) was the color for women in the northwestern hamlets and for mothers approaching middle age. The blue became almost black (irengan) in the north as old age and death approached. Irengan, which means ‘blackened’ or ‘lying fallow after the harvest,’ is also the color of funeral shrouds.

White and blue (putihan) are the colors of regeneration, between death and rebirth. When a woman gave birth to her first child, the grandmother gave the mother a putihan shoulder cloth in which to carry the baby and protect it. A putihan cloth was also used to wrap a sick child or adult.

The traditional process of making batik gedhog and the traditional meanings associated with the colors and patterns remained largely unchanged in Kerek until the late 1970s. Since that time, however, the market for this unique form of batik has expanded rapidly, and a growing number of producers have introduced innovations such as fabric woven on semi-automatic ATBM looms, synthetic dyes, cap stamps, and new patterns. 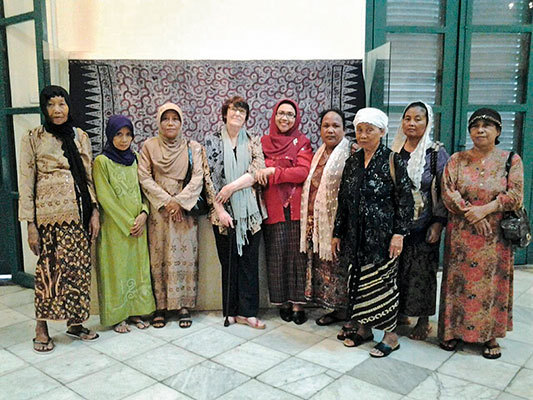 Artisans like Ibu Rukayah, who continue to produce batik gedhog in the ancient manner, hand drawing wax patterns on locally grown, handspun, and handwoven cotton, struggle to compete with this faster and cheaper competition. However, traditional batik gedhog, including the work of Ibu Rukayah, can still be obtained, for example, in Jakarta from Ibu Siti Fatimah, a woman originally from Tuban, who has made it her life’s work to preserve and promote traditional batik gedhog.

Ibu Fatimah can be contacted at Aftrees Gallery, JL. Pejuangan No. 24, Kebon Jeruk, West Jakarta. For an appointment, send a text message to 0857 1701 9700. Ibu Fatimah speaks little English, so be patient as she consults her children for assistance with your English-language text.