For “5 Islands/ 5 Villages”, young German filmmakers traveled to remote islands of the archipelago to make short films based on their observations. In the second phase of the project, which takes place later this year, Indonesian filmmakers will in return stay in German villages to explore the great unknown.

Initiated last year by the University of Fine Arts Hamburg in collaboration with the Goethe-Institut, five aspiring filmmakers came to Indonesia in March to spend some time on the islands of Wangi-Wangi, Halmahera, Rote, Selaru and Sumba. The resulting films were recently screened for the first time at Goethe-Institut.

“Many of our projects focus on urban centers and big cities, so this one was quite different,” said Anna Maria Strauss, Head of Cultural Programmes, during the premiere of the 5 Islands films. “The islands we chose for the filmmakers to visit were all very non-touristic, very much in the periphery. For the second phase, we will invite Indonesian filmmakers to join us in five villages in Germany, to take a closer look at places that people usually don’t think about twice.”

As the German filmmakers had never been to Indonesia before and didn’t speak the language, each was accompanied by cultural anthropologists from Universitas Indonesia. The project was overseen and mentored by Oscar-winning filmmaker Pepe Danquart who is also a professor at the University of Fine Arts Hamburg.

“This was a great opportunity for the young filmmakers,” Pepe said. “It was also exciting for us because we didn’t know what is going to happen or what the films are going to be like. The common thread was that they all traveled to the islands at the same time, but other than that the only task they were given was to look for something interesting on site and start shooting.”

Yannick Kaftan’s film, which was shot on Wangi-Wangi Island, focuses on fishermen from the Bajo village Mola, as they get stuck in the middle of the sea and wait for someone to help them out. On another boat, two local women paddle to the market to sell fish.

“I like to keep things simple,” Yannick said when asked about the concept of his documentary. “When I first came to the island, I was thinking to shoot on different boats and just see what happens.” 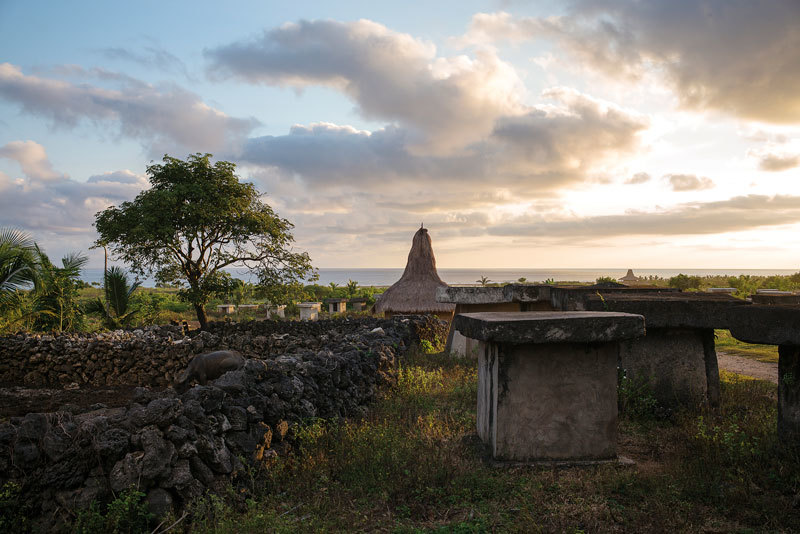 Anna Walkstein decided to focus on the daily activities of one local family in Bobanehana on Halmahera Island, North Maluku. The German filmmaker was lucky enough to be on the island during an eclipse - during which she kept the camera on the people witnessing the event, showing their genuine excitement and joy.

Samuel J. Heinrichs who traveled to Ba’a, Rote Island in East Nusa Tenggara took a completely different approach. His film is shot entirely in the dark.

“I tried many different things, I shot every day and had a big problem with the way I was seeing things,” he explained. “Somehow I was never happy with what I was shooting. One night, I happened to come to a street corner, and there was something about it that made me feel comfortable. I discovered all the activities that were happening at night.”

Samuel spent four nights in a row at the same street corner from midnight until sunrise, following the men and women who are waiting for the fishing boats to return to the shores.

“I thought it was interesting to travel so far and then present a film that was shot in the dark,” he said. “I did film during the day and in the morning as well but decided not to include it.”

It is a unique way to be introduced to Rote Island - through the sounds of motorbikes and barking dogs, the chatter of people and distant lights, Samuel offers an unusual yet intriguing perspective of East Nusa Tenggara. 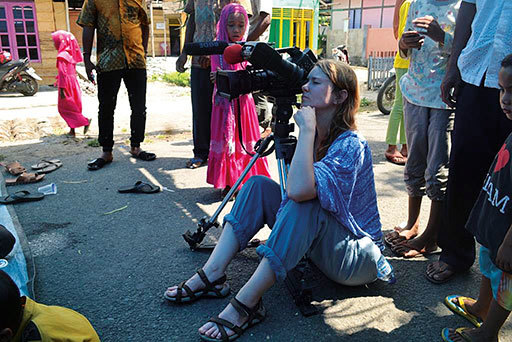 Marko Mijatovic, who spent three weeks in Lingat and Adaut, Salru Island in South Maluku, chose to focus on traditional healing methods in his short film “Selarus Dream”, introducing the audience to healers and those who need to be healed. Marko has a strong interest in healing processes, his mentor explained, and compared to the other filmmakers, he uses quite a few special effects in his documentary.

“I traveled to Sumba with very vague ideas about the place,” Max said. “I understood that the island is known for its funeral practices, for its ponies, and I knew that it is almost completely deforested. With these different topics in my head, I tried to follow various leads, but found the funeral to be particularly interesting.”

Max followed a funeral held in the Marapu tradition, one of the last surviving megalithic burial practices. From the meeting of the priests to the - very graphic - sacrificing of a handful of buffaloes, Max delivers an exceptional insight into a funeral procession that ends with the deceased being put to rest in a large tomb, which is believed to be the gateway for the soul to enter the spirit realm.

“It wasn’t new to me being thrown into unknown surroundings, but usually, I have more time to arrive at this place at my own speed and pace and let everything happen naturally,” said Max. “In this situation, we only had 2 1/2 weeks which was a very short time - but it did help me to better cope with stressful situations, with time pressure and I also learned to trust my intuition more.”

Anna explained that Goethe-Institut Indonesien has quite a long history in supporting documentary films and filmmakers. Therefore, the project “5 Islands/ 5 Villages” fits well into the institute’s thematic focal points.

“We believe documentary films are very important when it comes to creating dialogues,” she said. “They help to communicate with your environment and to reflect about different realities and engage with various people and cultures.”