A Journey Into the Heart of Ma'Anyan Country

“We believe that the human body is inhabited by a life giving spirit. We call this an amirue. When a person dies, his or her spirit becomes an adiau, just for the time of its journey to the place where the amirue resides. During the nine days of the Ijame ceremony we help the adiau make its way.” 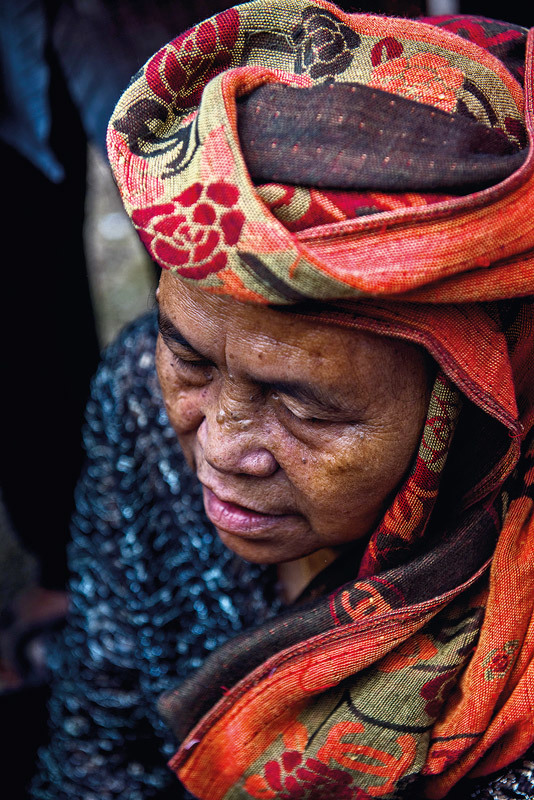 These words were spoken to me by Ibu Nyupur, a wadian (shawoman) from Murutuwu. This village is located six hours by road from Palangkaraya, Central Kalimantan, and lies deep in the heart of Dayak Ma’anyan country. The Ma’anyan are one of approximately 200 Dayak tribes, the original inhabitants of the large island of Borneo.

In July this year Murutuwu Village played host to an Ijame, or death ceremony, which I was fortunate to attend. 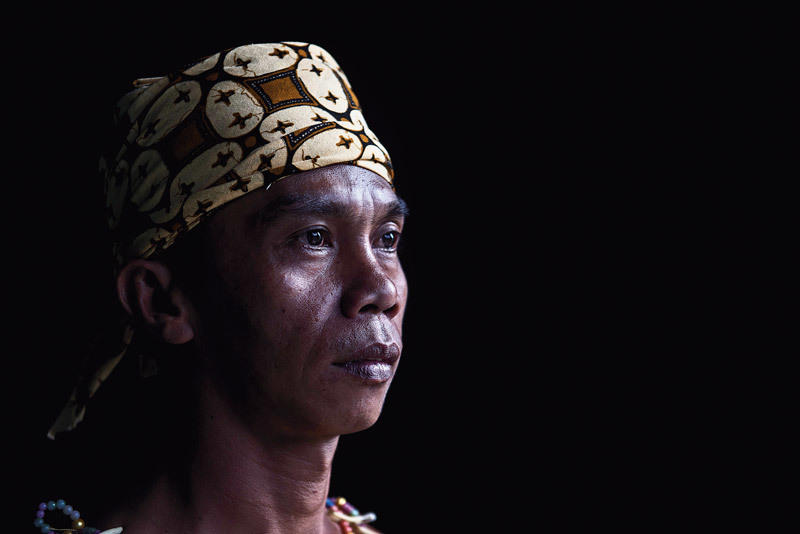 The Wadian
There are two types of wadian in the Dayak Ma’anyan culture. Some preside over “life ceremonies”, such as healing, purification and thanksgiving. Others preside over “death ceremonies” and are experts in the afterworld. “Death ceremony” wadians play a critical role during the Ijame, as they are responsible for dealing with the bad spirits who may try to intervene and prevent the adiau from making its passage to the world of spirits where it belongs. The wadians do this by making special food offerings (pisarakan) and performing ancient chants throughout the night. 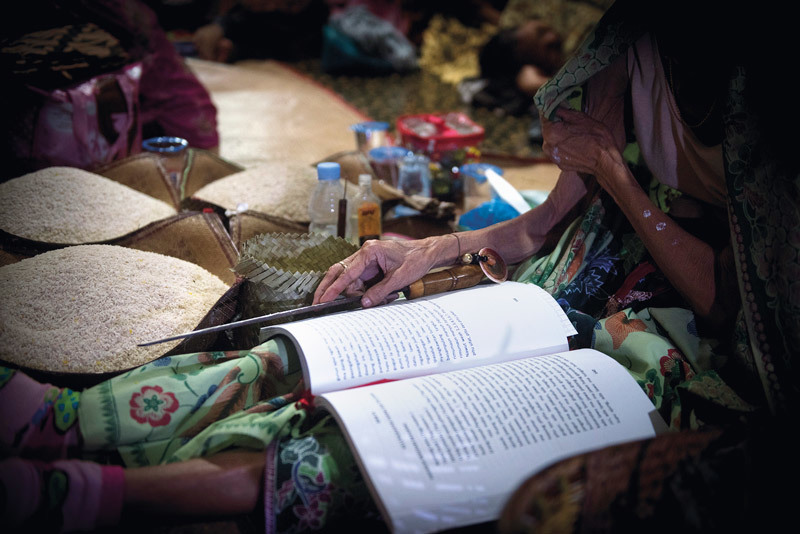 The Ijame Ceremony
The Ijame death ceremony has been conducted for hundreds of years, but only in Paju Epat, an area including four villages in East Barito. It is the only ceremony that the entire village community participates in and plays an important role in keeping the Ma’anyan culture alive.

Ijame is conducted in an area of the village where the cemetery and the village assembly hall, or balai, are located. A cremation structure (papuian) is erected in the area. This is where the bones of the deceased are placed for burning on the final day.  There is also a large coffin-like box made from ironwood (tambak), which is a repository for family ashes. 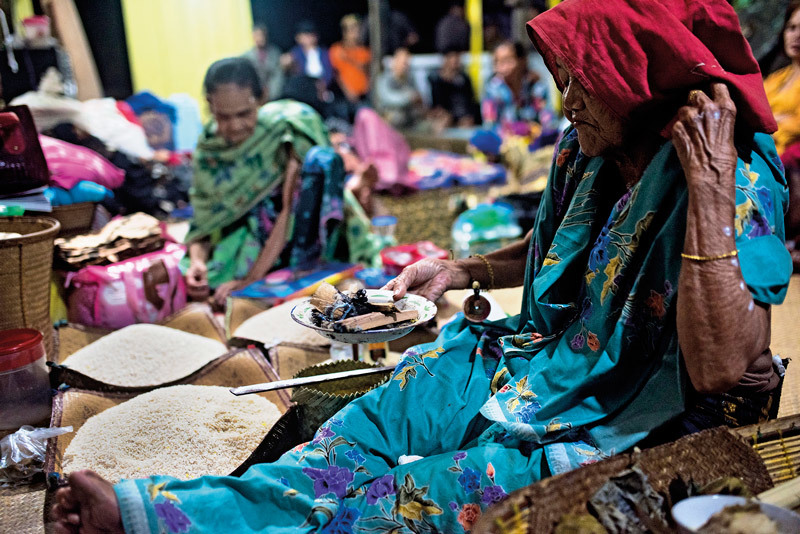 Digging up of the Bones
The Ijame I attended began with the digging up of the bones of a local villager, who had died two years previously. Bones from three others were brought from neighbouring villages, and they were all placed in a temporary small wooden repository in the assembly hall.

On the first day of every Ijame, special offerings are placed in four areas on the outskirts of the village to keep the bad spirits away. This is also the time that the idiran is constructed. Daily rituals are then performed during the ceremony, including the slaughter of at least one pig.  Each evening the wadian perform endless chants, offering food, supplies and guidance to the adiau spirits. 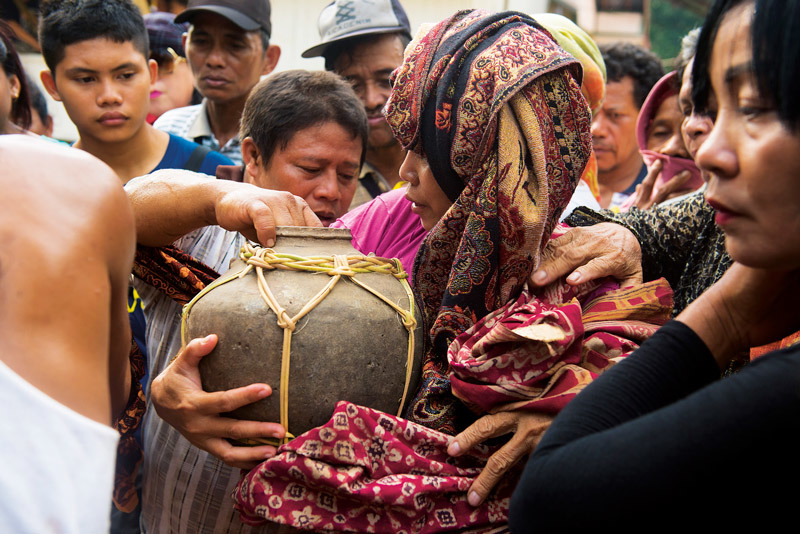 Cockfighting
On the second day cockfights and gambling begin and are performed in the morning and afternoon. The losing (dead) cock from each fight is then hung up on a post, as an offering for the spirits and later made into soup. I was asked to share a bowl with the village cultural leader (kapala adat) and I can vouch for its tasty flavour! 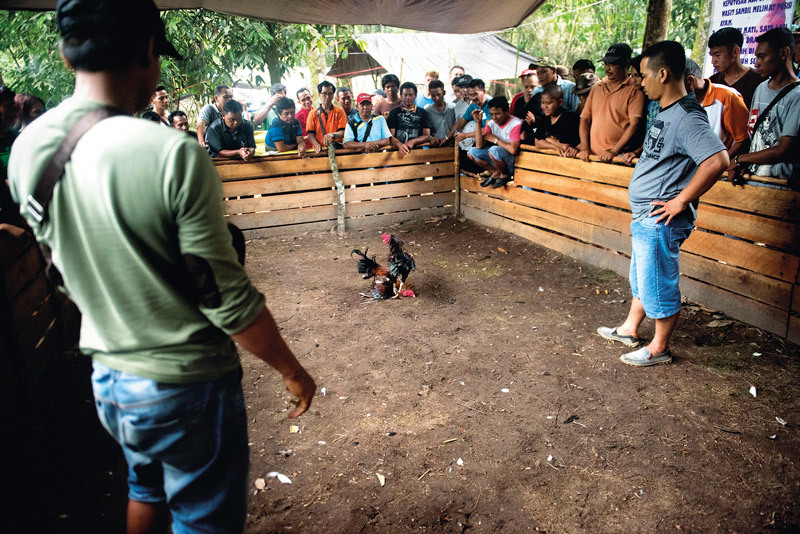 Preparations and Animal Sacrifice
During the following days, the men focus on constructing the papuian, while in the assembly hall the women prepare baskets, rice and other items considered of use in the spirit world. Day eight attracts officials and others from neighbouring villages to join in the feast. This is the day of slaughter when pigs and buffalo are sacrificed, speeches are delivered and a festive mood takes over. 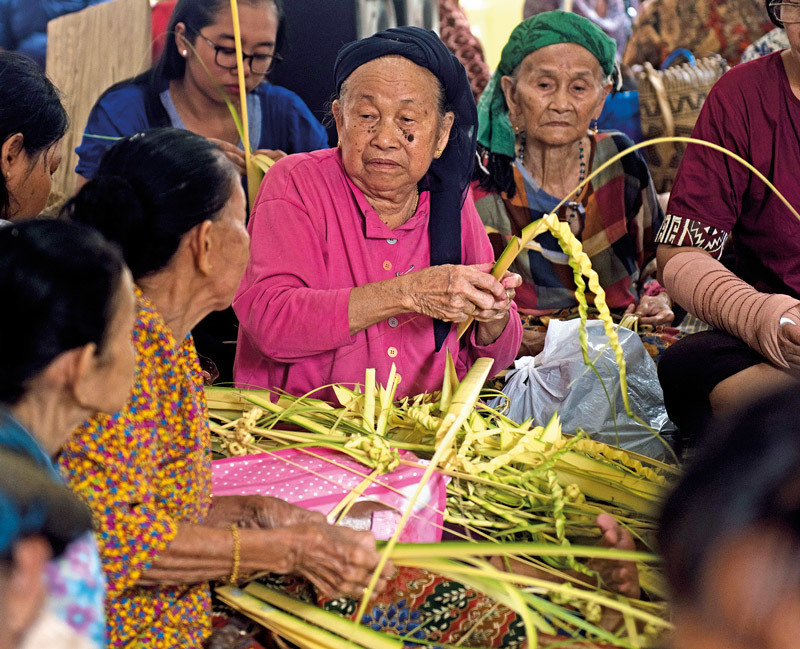 The Burning
The ninth and final day is the busiest. It begins with the wadians’ chanting, then the idaran is dismantled and the wood used as a platform on which the ashes will be raked after burning. Various other rituals are performed until the bones are ready for burning. After burning, the ashes are retrieved by the families of the deceased and placed in the tambaks. Then a chicken is released as a symbolic gesture of the soul’s journey to freedom.

In the evening the best orator in the village delivers a final speech. It always includes some local history and traditional stories. 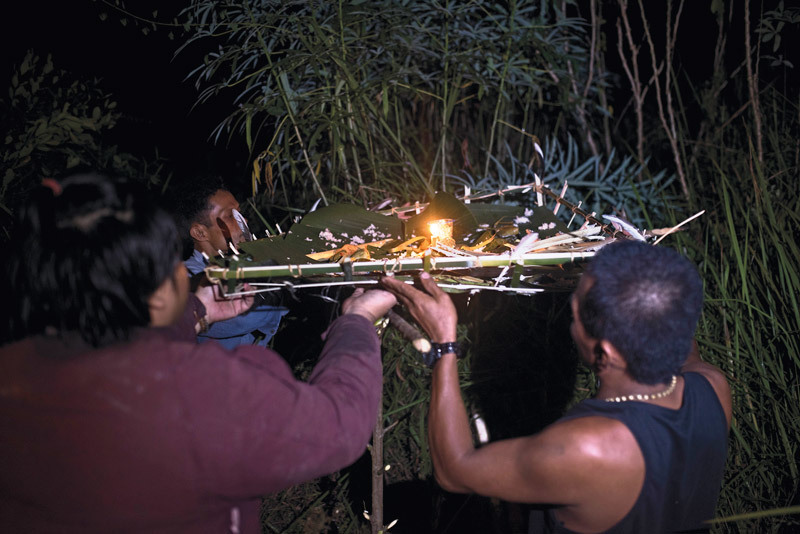 The Preservation of Ijame
So what of the future of Ijame? In the past, there were sometimes hundreds of deceased cremated at one time at these ceremonies. Back in those times almost all the people in the Paju Empat villages were animist. However, missionaries started making their way into these areas in the 50s and have been very successful in their conversion efforts.

Today, most of the Dayak Ma’anyan do not follow their ancient ways. There are only a few hundred that are truly animist. The search is on for the younger generation to fulfil the role of wadians. 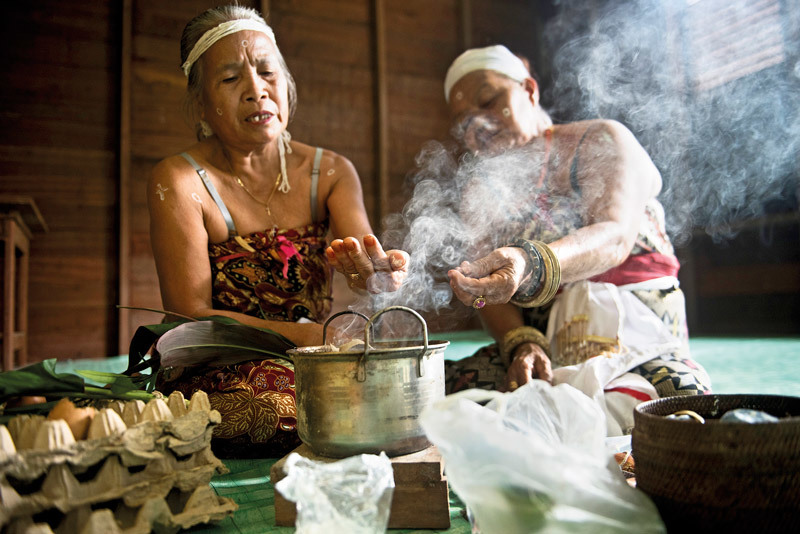 The Future of Ijame
As Pak Batarius, the kepala adat and “wisdom keeper” of the village explained, “It seems the younger generation are losing their culture, and this is of great concern to those of us who are responsible for passing on the wisdom and knowledge of the ancestors. Ijame is an important ritual, and we hope it will continue. This year the tourism office of the local government helped fund the ceremony and we hope other foreigners like you will come and witness this special event. This will help us get funding to have more death celebrations like this in the future. The high cost can sometimes be a barrier”. 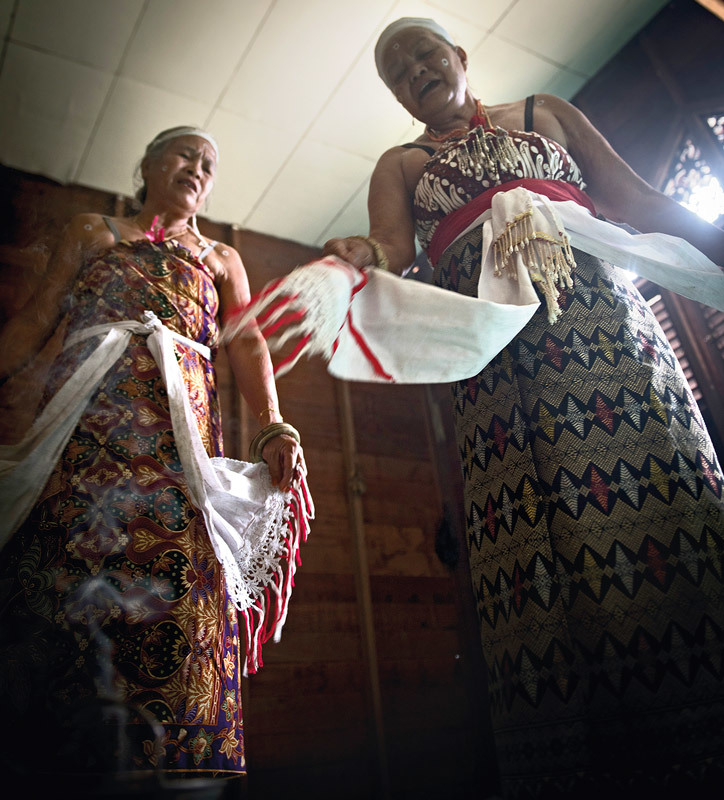 As the first foreign visitor to come to Murutuwu in many years, I was welcomed with genuine hospitality and immediately included as part of the village family.

It was such an honour to witness the Ijame. Many young people attending the Ijame seemed to marvel at this expression of their original culture. They enthusiastically watched and took part in the rituals. I had the distinct feeling that, in participating, they were gaining a better understanding of their identity and appreciation of their culture. In the end, I was left thinking that the future was in good hands. 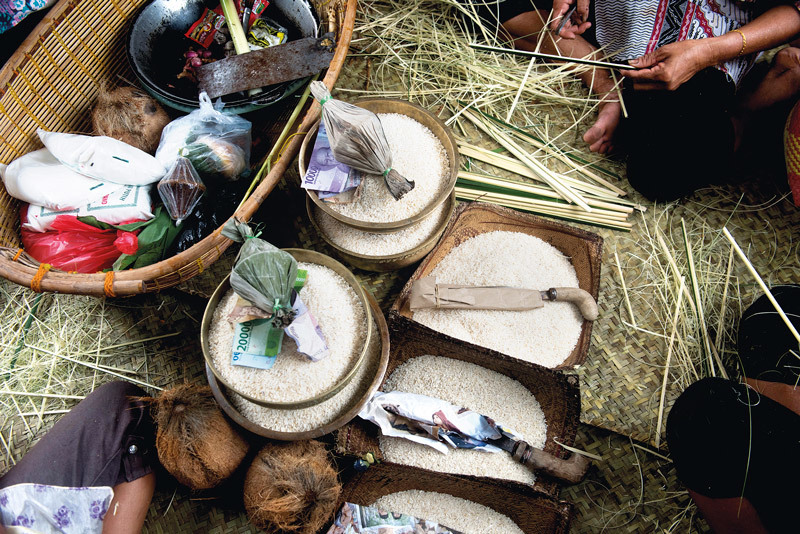 David Metcalf runs cultural photography tours in Indonesia and beyond.  His photo gallery, Taksu Photo Gallery in Ubud, Bali is a showcase of beautiful photographic work from Indonesia.