Culture, Colour And A Global Gathering At Gawai Festival

I stood with my blowpipe at the ready. “Gather strength from your core and aim high,” Agus advised. “We are excited to have an Australian team enter the competition and best of luck to you”, he added with a broad smile. 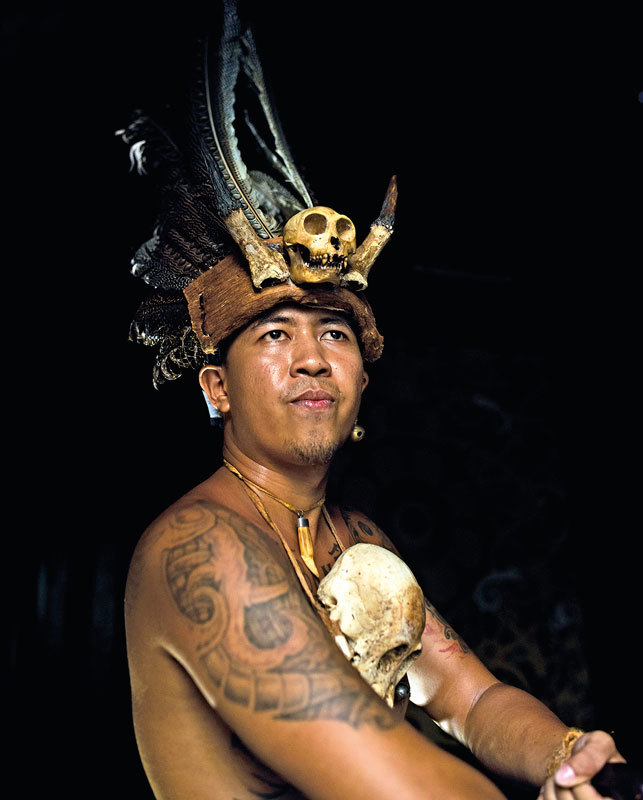 With all my might I blew from my stomach as instructed and hit the target. I surprised myself. My teammate, Helen, hit the target as well. We both relished our five minutes of fame, and with our supply of blowdarts finished, we marched down to the target ring with the officials while they noted our results. I prefer not to disclose how many of our darts went wildly awry, but we ended up with four darts within the circle and the crowd was delighted.

We were in Pontianak, West Kalimantan on the island of Borneo. We were there for the week-long Gawai Festival which is held every year on the same date, May 20. It brings together Dayak tribes living in the jungles and settlements across Borneo (an island shared by Indonesia, Brunei and Malaysia). The celebrations included a dizzying array of competitions to showcase traditional skills. The Gawai Festival covers dance, storytelling and music. Wood carvers and shield painters also compete, as do many others, such as bead workers and even pig-catchers. 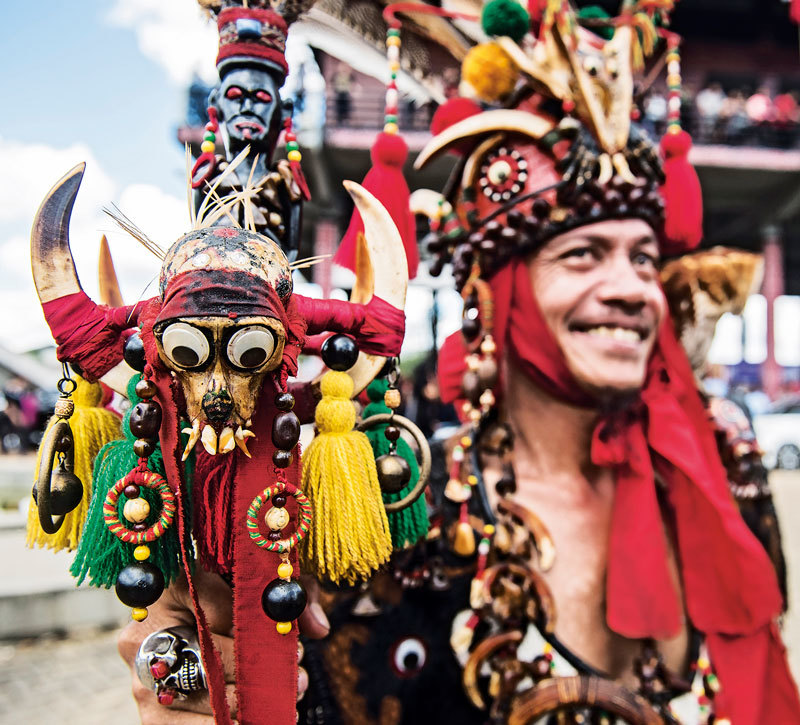 Nightly entertainment includes a mixture of traditional and contemporary music. This year the enormous stadium was packed with over 10,000 people. For the first time, Native American Indians danced on stage with Dayak people. Kevin Locke, a Lakota performing artist and Native American cultural ambassador, enthralled the crowd with his flute-playing, hoop dancing and storytelling. Next, Doug Goodfeather, from the Lakota tribe and over six feet tall, burst onto the stage in full tribal regalia to perform a warrior dance. Happy Frejo, a Pawnee Indian followed, appearing in a whirl of colour for a women’s shawl dance.

The event was held in Rumah Radakng, a longhouse (traditional communal dwelling). It opened with a rice harvest ceremony, with heads of Government, foreign ambassadors and other distinguished guests in attendance. In his opening speech, Cornelis, the West Kalimantan Governor, stated how cultural preservation and exchange were vital in strengthening national character and bonds between different groups across Indonesia, and beyond. 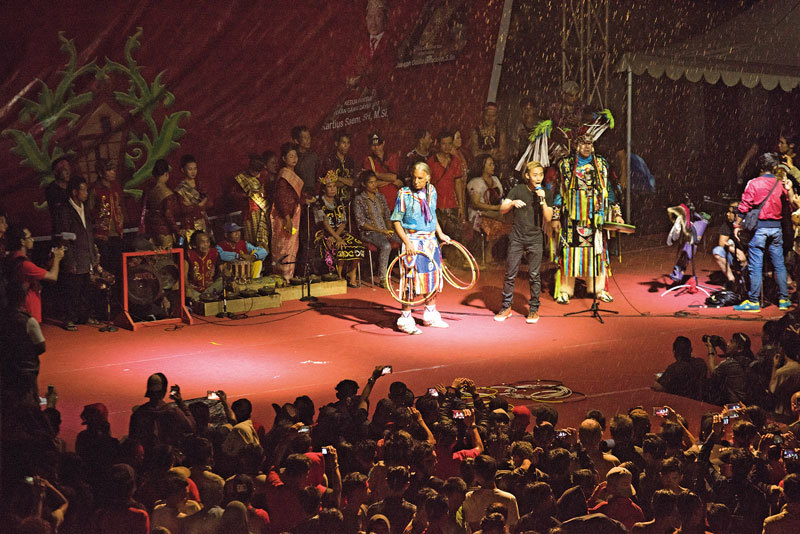 Where else can you mix and mingle with hundreds of Dayak tribesmen in towering feather headdress and bark vests decorated with monkey skulls? In the stadium, I sat next to a man who patiently explained the symbolism of the tribal art tattooed all over his arms and legs. Aware of the importance of the eagle to visiting Native American Indians, he pointed out an eagle tattoo and explained that both eagles and hornbills were important in the Dayak traditions.

I met Iwan, who was taking part in the tattoo competition in the longhouse. He was creating a very intricate design on the back of a young man sprawled out in front of him. “I want this design to convey the links between peoples, so it combines traditional motifs and symbols from different tribes. ”He too saw the significance of symbols shared with the American visitors, and pointed out the eagle.  “I will be blending other animal spirits into this theme, but you will have to come back tomorrow to see it”, he added. Scanning the tattoo hall, I could see that all the tattooists were men, however both males and females were models. 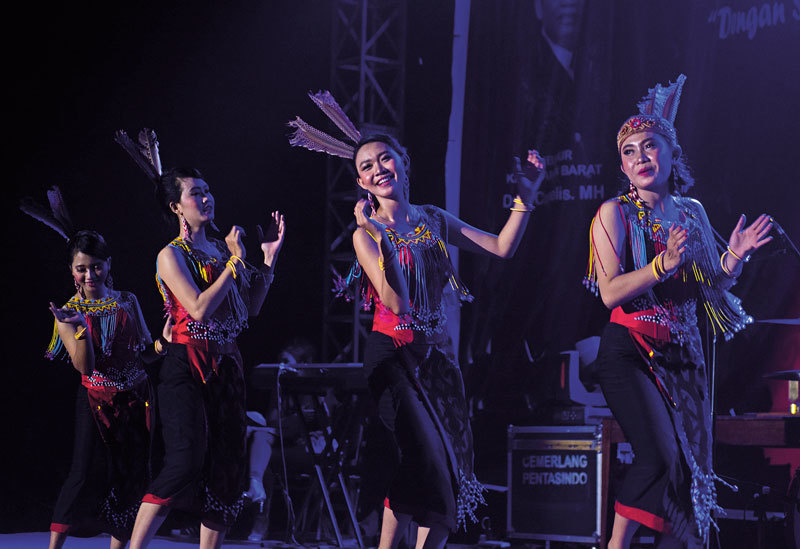 In a long line under the shade of the longhouse, competing traditional shield painters went to work with their colour wheels and fine brushes. These artists were from many different regions and, like all the competitors I met while at Gawai, seemed very eager to showcase the artistry typical of their particular Dayak tribe or group. All of the competitions are open to communities from the three countries which share the island of Borneo and include tribes from Sarawak, Sabah and Kinabalu, Brunei and Kalimantan.

I met with Joseph Odillo Oendoen, one of the founders of Gawai. He told me, “The idea of Gawai came about 32 years ago. We wanted to bring Dayak tribes together to celebrate Gawai in one place. Gawai is a festival which gives thanks to the gods for the rice harvest, and pays homage to the ancestors. In the early days we had dancing, singing and painting only. In fact, we had just seven sanggars (dance academies) performing. This year we had 52 sanggars represented.  Every year, more and more competitions are added,” Joseph explained. 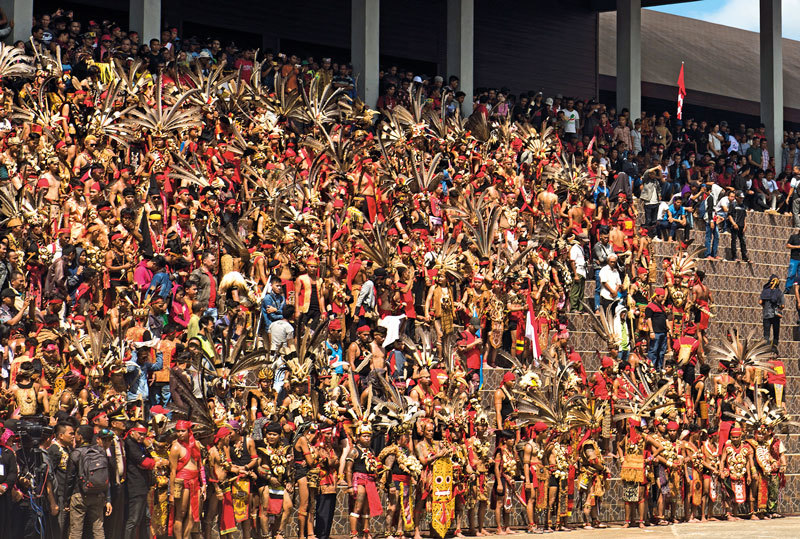 More than 300 competitors come to Pontianak for the festival. They also bring their families and friends from the 405 different Dayak groups spread across Borneo. All these people need to be housed. Joseph told me that over 5,000 people are accommodated by local communities during the festival and many sleep in the longhouse on the festival grounds. “Very few stay in hotels. Many families travel 14 hours by bus to be here,” Joseph said. “Some receive government support if they are representing their regency. The Minister of Tourism provides some funding for registration in the competition. However, many pay their own way.”

The mix of tribes and tribal groups joining Gawai makes for a spectacular display of colour and diversity, and creates a special atmosphere. Drs. Massardy Khaphat, a co-founder of Gawai explained, “This year for the first time we held a Sape (traditional Dayak guitar) competition”.  He added, “Last year Brunei introduced their kites and this year the invited Lakota and Pawnee Indian guests added yet another dimension. This allows valuable sharing of tribal wisdom and cross-cultural exchange. We are very open to more and more of these collaborations in the future”.

Let’s hope that next year the Gawai Festival will continue in the same spirit, and bring yet more surprises. Perhaps more indigenous traditions will be incorporated in the celebration, new competitors with blowpipe in hand or didgeridoo at the ready. Maybe a few horseshoes will get tossed for good luck too. 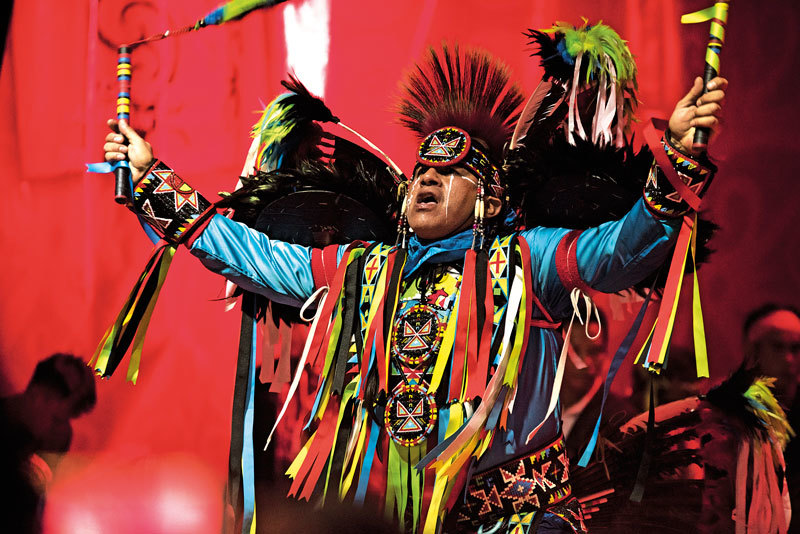 Stephanie Brookes is a travel writer and blogger with tales from Indonesia and beyond.
Please see www.travelwriter.ws