I slowly shuffled forward in the queue of passengers boarding the ferry at Kupang Harbour. I was about to cross the Timor Sea to Rote Island. Ahead of me, a long line of tall-coned straw-like cowboy hats snaked its way up the gangplank. 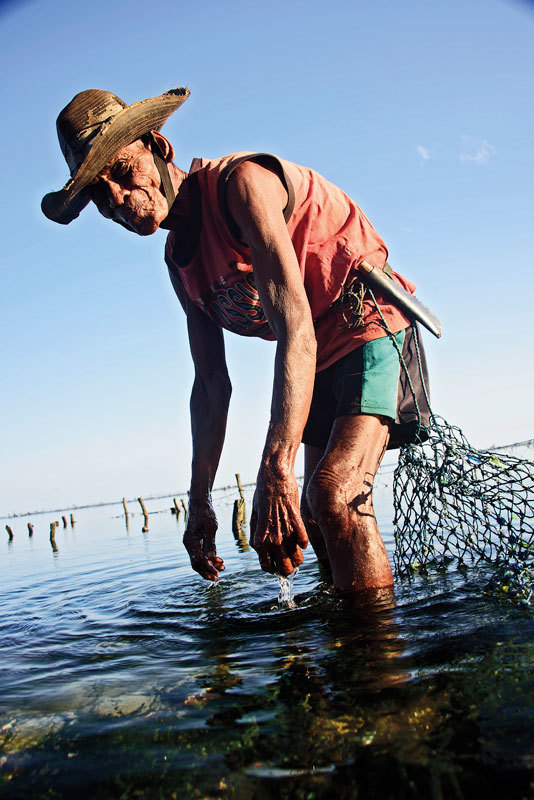 Finally arriving at the comfortable VIP lounge on the upper deck, I settled in for the two-hour ferry crossing. I soon got chatting with a local Rotenese man. He proudly explained, “The hat you see everywhere is called a topi ti`i langga raja. It’s unique. We love to wear these hats in Rote. The style dates back to the 16th century when the Portuguese were here.”

My new companion went on to tell me about the small guitar-like string instrument he was holding, called a sasandu, which I learned was the Rotense word for vibrating instrument. He continued, “This frame here is made from bamboo and the outer part is made of dried lontar palm leaves. You reach into the tube through this opening in the front to pluck the strings, just like a harp. The design dates back to the 7th century.” 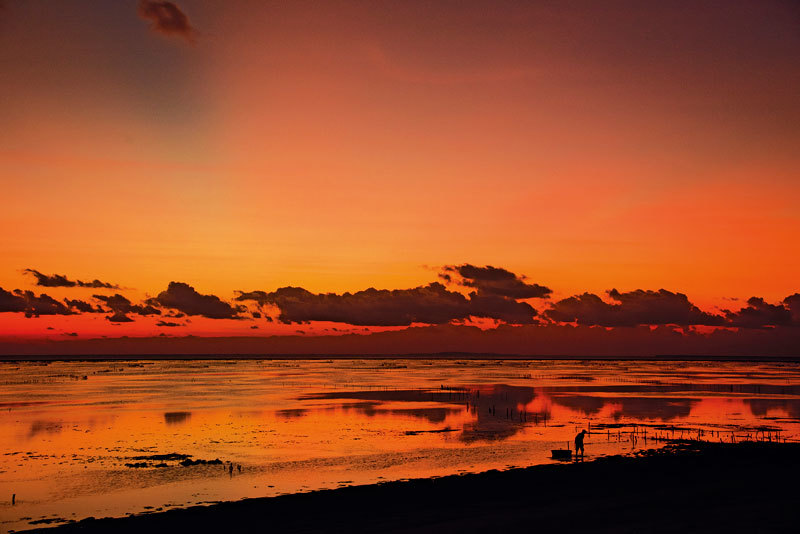 So, unique hats and ancient musical instruments - I was off to a good start. I had a feeling, even before arriving in Rote, that it would be a fascinating cultural journey.

Later that afternoon, sitting at a warung (local eatery) near the beach, I learned more about the sasandu.  According to a local folktale, there was once a boy named Sangguana who lived on Rote. One day, as he tended the fields, he felt tired and fell asleep under a lontar palm tree. The boy dreamt that he played beautiful music with a unique instrument whose sound and melody were enchanting. When he woke up, to his surprise the boy could still clearly remember the sound from the dream. Wanting to hear it one more time, he allowed himself to fall asleep again. He dreamt of the same song and the same instrument. The boy was enjoying his dream, but eventually had to wake up. Not wanting to lose the beautiful sound from his dream he tried to recreate the instrument in his dreams from memory, using leaves from the lontar palm. 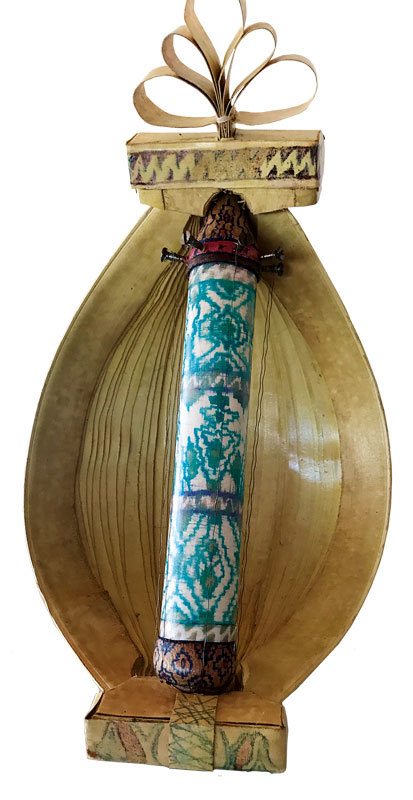 I was delighted to have the opportunity to play one of these lovely musical instruments later that day at my beachfront bungalow. Mat, the owner of the bungalows had a 28-string sasandu and gave me a bit of a lesson. I somewhat mastered the two hand plucking, but it didn’t sound that great. I was definitely not ready for the 56-string version! 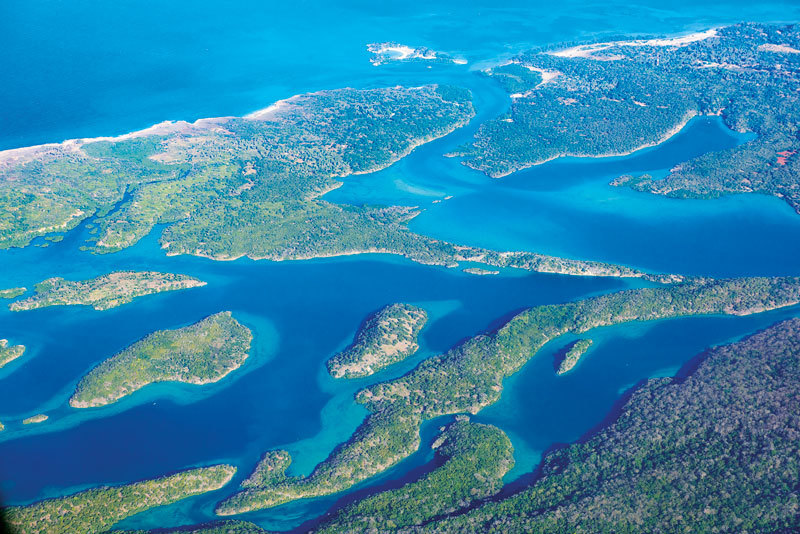 Everywhere you go in Rote you see the lontar palm. It grows prolifically on the island and is used for many purposes. Its leaf is used for housing panels and its sugar is used in food and drinks. The traditional Rote cakes are made from crystallized lontar palm sugar. They are delicious. 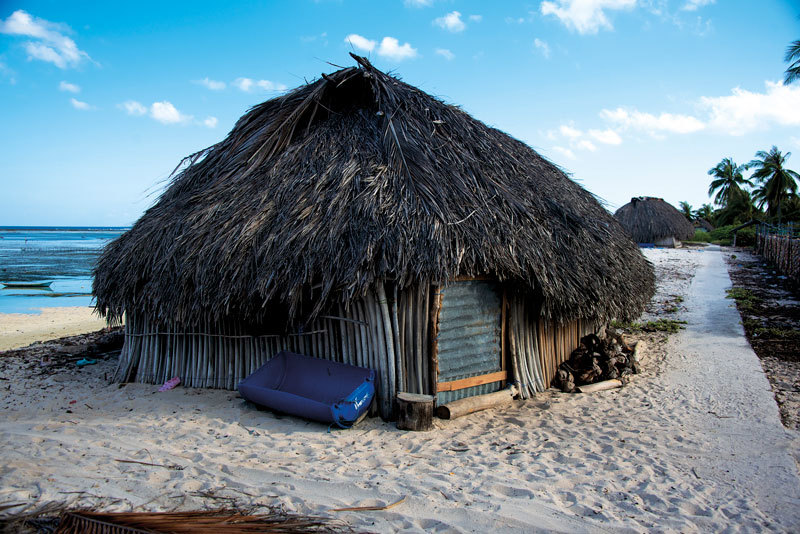 Taking a stroll along the beach, my next surprise surfaced in the form of little black moving dots. All the way down one end of the beach I could see this most bizarre sight. It turned out they were pigs! I could hear their owner calling them from the other end of the beach. As I listened more closely, I could make out the farmer calling each by name. Sure enough, they all came obediently trotting along right past me, snorting and sniffing as they went, and obediently entered their pig pens. For me, this was the first time I had ever seen pigs on a beach! 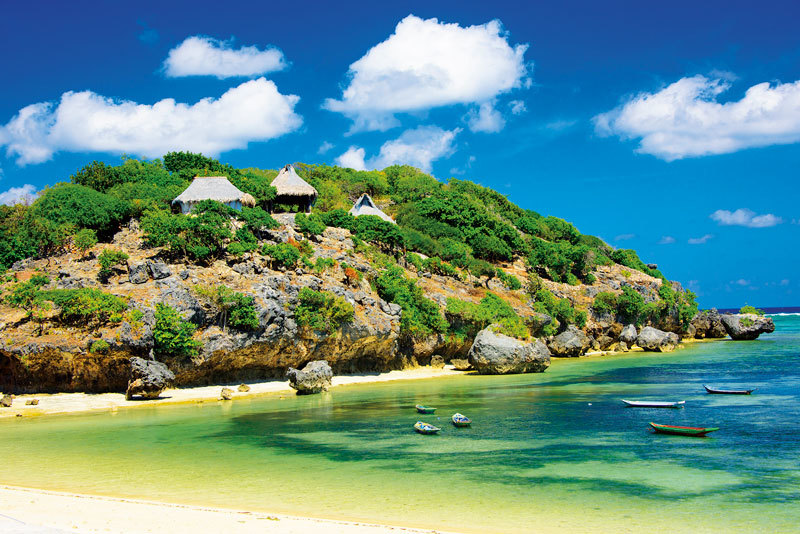 Early the next morning, I was delighted to see the seaweed farmers of  Oenggaut Beach at work. I got talking to one of them, an older woman called Ole. She explained, “I have been in this job for sixteen years. I go out collecting seaweed for four hours a day at low tide. On a good day I can get ten kilos”. She continued, “The price at the moment is Rp 10,000 per kilo ($US.75c), which is enough for me and my family. Before I worked with the seaweed, I farmed the land. That was even harder work. I love the sea, and I love my work, so I am very happy,” she added. 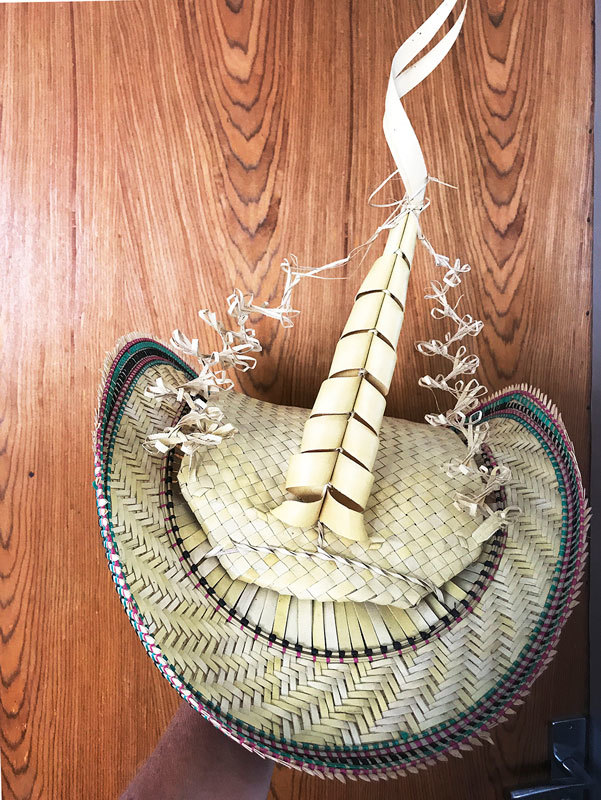 Ole put down her bucket, which was overflowing with dark, tangled seaweed, and seemed eager to tell me more about her island. “Rote is still a kingdom, and we still maintain ancient traditions,” she said, and went on to explain how the land is divided into two domains. One is known as Sunrise and one is known as Sunset. Each domain is ruled by a “male” lord and a “female” lord. Some of the clans have their own unique ceremonial rights. “At our annual New Year festival the Rotenese men all wear their topi ti`i langga raja and we make offerings to our clan ancestors. We women love to dance to the sasandu. I really hope you come back for that,” she said with an inviting smile. 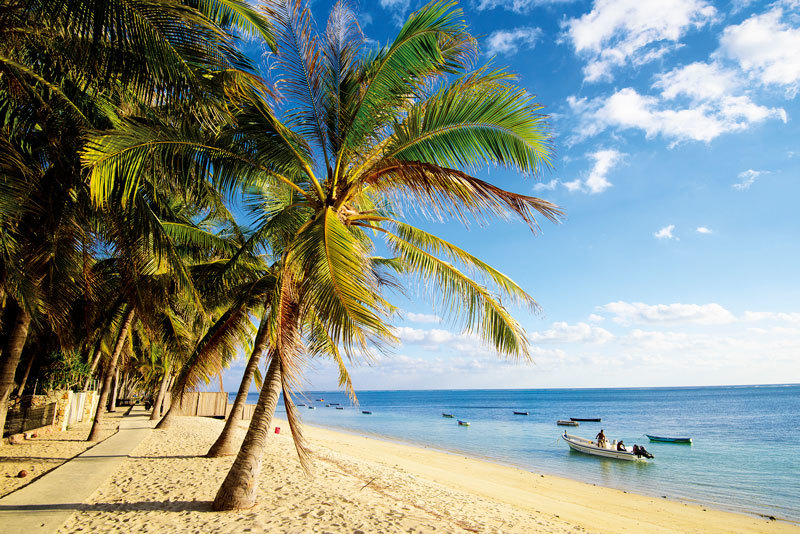 At the festival they also perform the local foti dance. In the evening Mat tried to describe this complex, fancy, cowboy-style dance to me. “Here, take a look,” he said handing me his phone, “You have to see this believe it,” and we watched https://youtu.be/z85GF9sqYmM on YouTube. This dance, performed at local celebrations, involved some spectacular fast and furious footwork. It resembled Irish river dancing sequences, but how can that be? 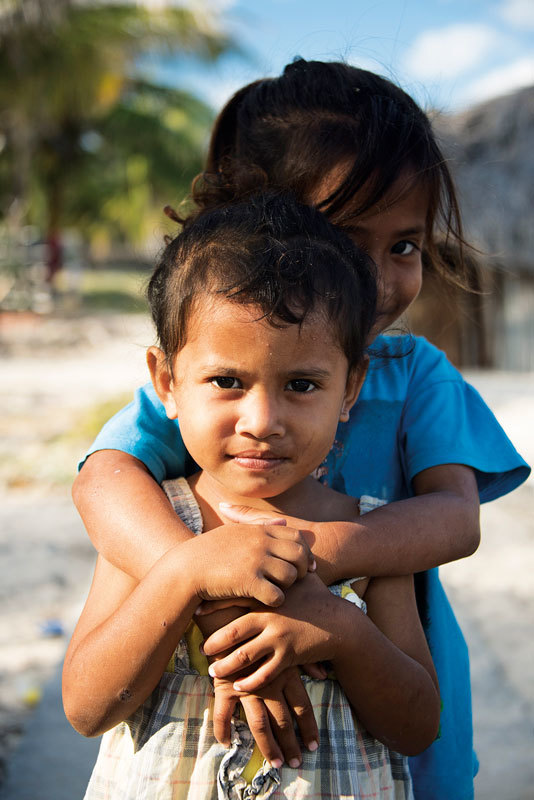 Rote offered a perfect blend of unique culture, beautiful beaches and low impact tourism, all existing side by side. It is the southernmost island in Indonesia. This outpost offers a pure island experience with dandy dancing, high hats and the sweet sound of the sasandu.

How to Get There
Regular flights from Jakarta, Bali and major regional cities to Kupang, West Timor. You can then fly Kupang to Rote Island with Lion Air - 30 minutes or take the 2-hour ferry crossing Kupang to Rote.

Stephanie Brookes is a travel writer and blogger with tales from Indonesia and beyond.

David Metcalf runs cultural photography tours in Indonesia and beyond. His photo gallery, Taksu Photo Gallery in Ubud, Bali is a showcase for beautiful photographic work from the many islands of Indonesia.

Rote is a small island and easy to explore by motorbike or car. There are many tiny bays and hidden coves, and it’s possible to swim without another soul around. Tourism is yet to hit the island in a big way, so for now, it’s low key and a real delight. You can visit Rote year round now with two daily flights from Kupang, West Timor. Rote is very famous for surfing, diving, snorkeling and deep-sea fishing.