The King and I Boti Village, West Timor

In the highlands of Timor on an isolated mountain ridge is the village of Boti. A very humble and gracious king reigns there, ruling over 76 families and 316 Boti tribal members. He is often referred to as the last king of West Timor. 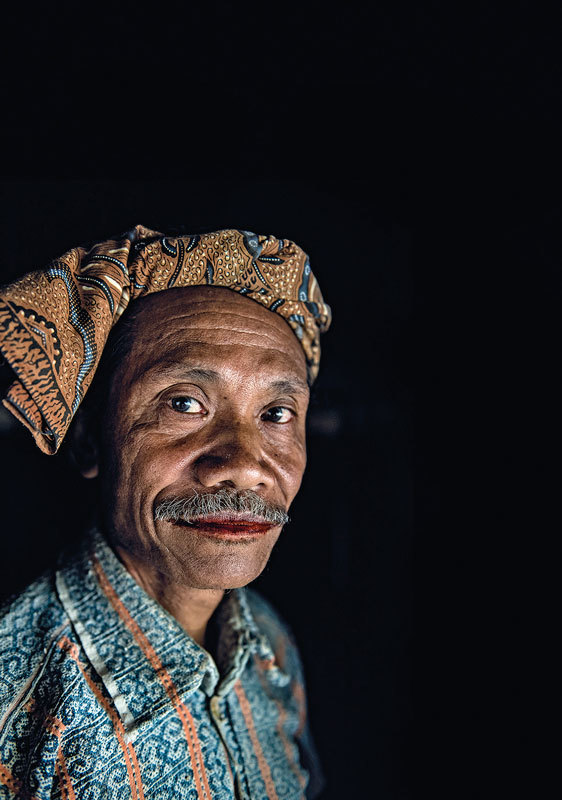 There is no evidence that the colonizers ever found this community during 300 years of Dutch rule in the region. The tribe was left to keep up ancient ways and animist practices, which reign supreme even to this day.

It is not easy to reach Boti. You take a rough road from the junction at Oinlasi, four hours north of the provincial capital of Kupang. If there has been lots of rain, you often have to finish the journey by motorbike or on foot and, even by motorbike, it can take 1.5 hours to complete the nine kilometres from the junction.

Luckily there had been no rain when I visited, and so we could travel by car. The mountain road hugs the ridge and affords spectacular views over the valley. As we set out my guide, Pak Aka, pointed out a car parked up ahead. “It’s been here for three weeks”, he explained. “The owners are still here waiting for a spare part to be delivered. They never made it to Boti, but I am sure they will soon. For now, they are just waiting.” 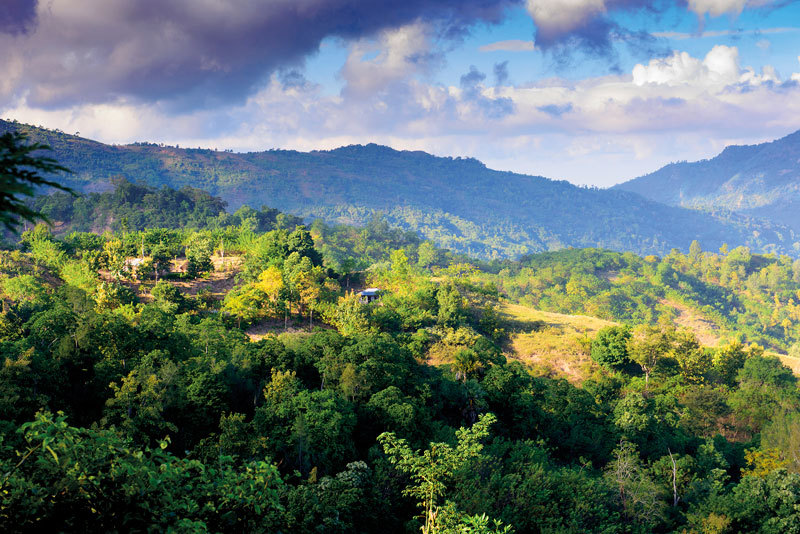 When we neared the summit, Pak Aka instructed the driver to stop. “There is nowhere to pull over on this little road”, he said. “Anyway, only motorbikes will come along, so we will just park here in the middle of the road. This is our lunch stop.” We spread out a sarong under a shady tree and shared the delicious nasi bungkus (take away) brought from Oinlasi, at the same time as enjoying the panorama.

The plan was to stay two nights in the inner village, where only royal family members live. We passed through the gate on foot to the inner village, and Pak Aka reassured me that the king would receive me graciously and that, if the guesthouse was full, I could stay in the king’s house. “It doesn’t matter that they don’t know we’re coming”, he said, “Just go with the flow. After we present our gift to the king, all will be well.” 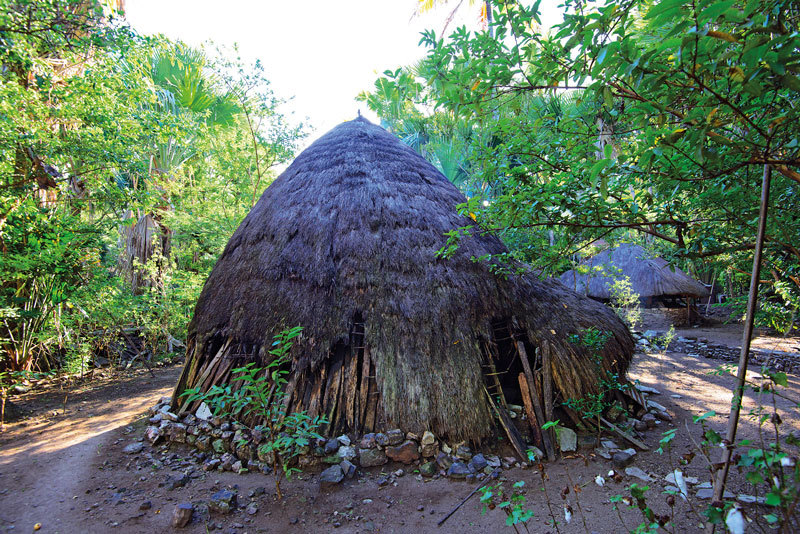 Our gift was a small supply of betel nut, lime powder and siri leaf, which we had picked up from the local market. According to tradition, presenting betel nut and chewing it together is a way of “opening conversation” and creating receptivity. When you share betel nut as host and guest, it means the gods will bless your exchange. In the Boti adat belief, there are two Gods, Father Sky and Mother Earth. Through joining in a chew session and getting mildly intoxicated by the cocaine-type effect, I did indeed feel the pathway was open to a very lively conversation, and lots of smiley behaviour as well.

My guesthouse was prepared in a very short time, and I was the only guest and had the pick of three rooms, all supplied with homemade bed frames, simple mattresses and intricate, colorful tribal ikats (hand woven cloth) folded at the end of each bed. Very comfy digs. All beds were draped with functioning, clean mosquito nets and there was a communal lounge.

After selecting my room for the night, I saw a coffee had been placed on the little table in the living room with a small Boti styled woven basket containing piping hot pisang goreng (fried banana). I hadn’t heard the king’s sister enter the lounge. No one wears shoes in Boti. That is village adat. So there is a lot soft padding around. Needless to say, the village is very quiet. 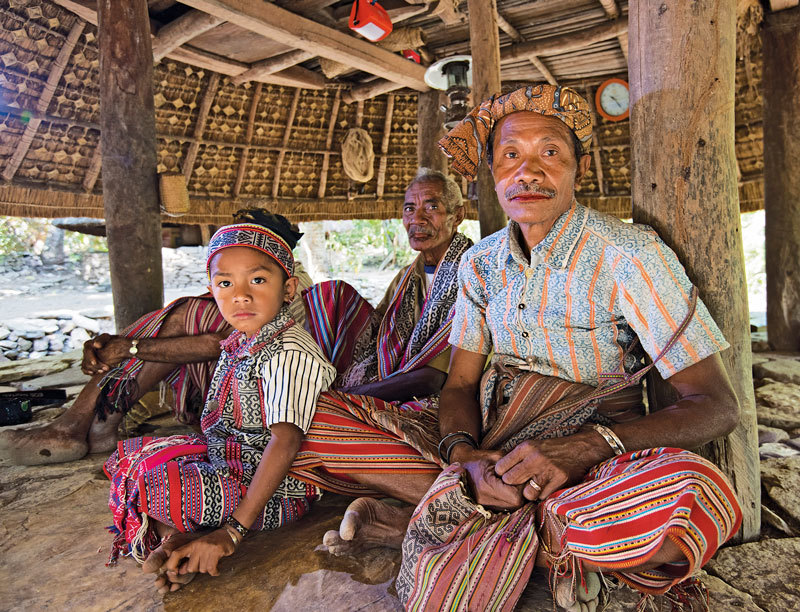 After coffee, Pak Aka and I went to the King’s house and shortly after our arrival, the King appeared. He greeted us with a warm smile. “We live very simply here”, he said. “We do not use electricity, our tools are handmade, and we cook everything over an open fire. We hunt with blowpipe and machete, and sometimes by using our bare hands.” He continued, “We do get modern gifts from visitors. The satellite dish was a gift from the Police Department in Soe. They also brought a TV. We watched it, but it never seemed to end, and we were all exhausted in the morning and had no energy to work in the fields, so we don’t watch it anymore. It made us lazy”. He smiled warmly, showing off his red betel nut stained teeth.

I noticed solar lamps and even a solar mobile phone charging station. These were gifts brought by students from Jakarta around three years ago. The king told me they were also given a generator. This was for the TV, but there is only one person who knows how to use it in the village so, if he is not there, it just sits there idle - sometimes for weeks or months.

The king went on to explain, “Today is Day 5, a working day. I am very happy to greet you, and I greet all visitors. But soon, I must return to my fields and continue my farming work. We tend the land for eight days straight, and then on Day 9 we all rest. It is forbidden to work the soil, prune trees, plant or even carry water on Day 9. This is the day we sit around and talk, share stories and enjoy our time off”. 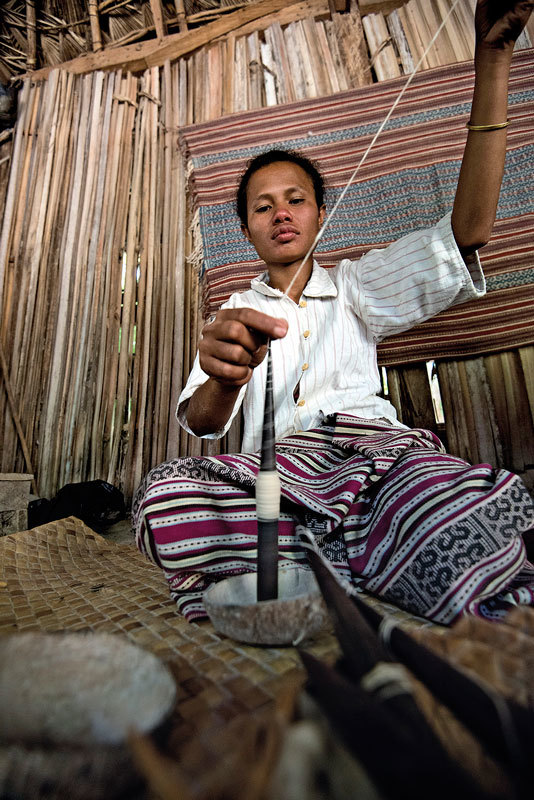 Boti is unusual because King Namah Benu is a working king. Many kings in other villages are wealthy and have adopted more modern ways. They even drive cars and live off their accumulated wealth, but not in Boti.

I learned from the king that the Bupati made his way up to Boti two or three years ago, as did the Governor and some members of the military. They came to pay their respects. Around that time, a shiny black leather throne with ornately carved arms also arrived, a gift from a man in Singapore. Later, when I asked Pak Aka about the throne, he observed, “I have never seen the king sit on the throne. It is very nice, and he likes it very much, but he prefers to sit on the wooden bench outside”.

As the wind gently blew through the simple wooden porch where all guests are greeted and received, I sat in admiration of this informal local ruler, who seemed to truly be one of the people. 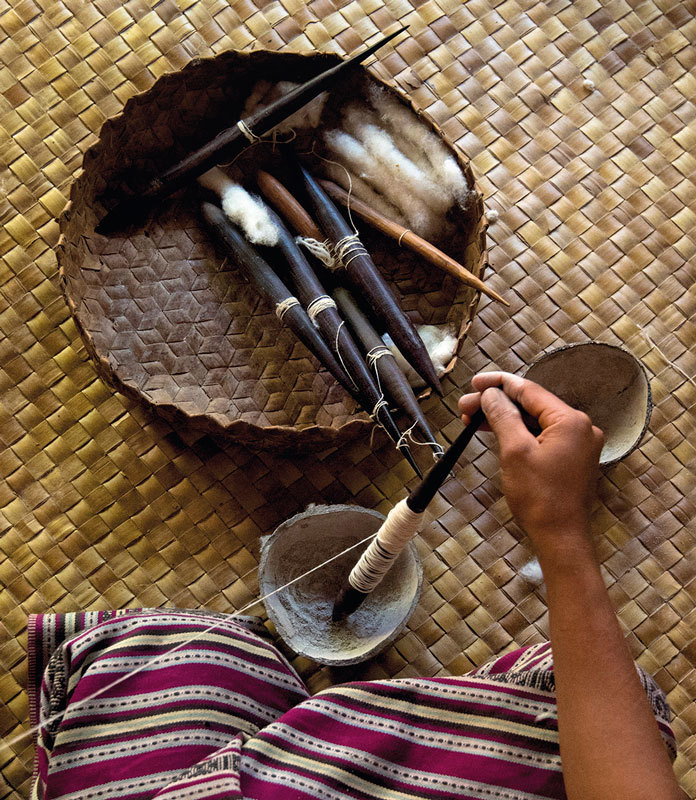 Following tradition, everyone in Boti wears handmade, handspun cotton shirts and ikat sarongs. Every woman in the village learns to weave at a young age. The special Boti motif is woven into sarongs, shawls and blankets made from locally grown and handspun cotton. Their beautiful earthy colours are created from forest plants.

After marriage, or at the age of 20, whichever comes first, the men grow their hair long. They tie their hair in a bun, and it is forbidden to cut it. Their hair symbolises their connection to nature. The head is seen as the mountain and hair, the trees. To cut your hair would mean you would be cutting your connection with nature.

There is a village shaman, and plant-based medicine is used to treat all ailments. A midwife attends all births, and the placenta is placed in a basket and hung in a Kesambi (gum-lac) tree. 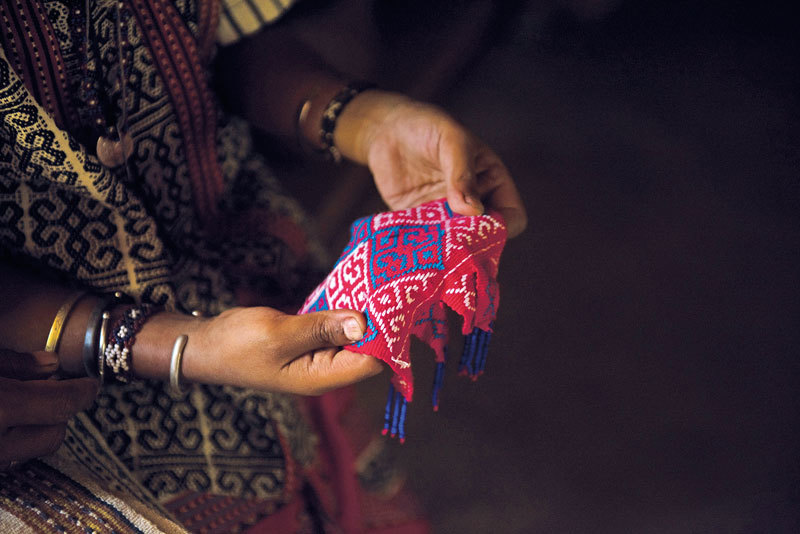 The people of Boti revere birds, seen as sacred because they spread seeds throughout the forest and maintain the balance of nature. For this reason, locals never capture or cage birds.

There is a sacred place in Boti’s forest known as Fain Mate, which you can only enter with special permission. This part of the forest is seen as a gathering place for the ancestral spirits. A special ceremony is conducted there to celebrate the harvest. This age-old ceremony involves sacrificing a buffalo and giving offerings of the best corn and rice flour.

All the children of Boti are educated in the traditional belief system, which provides a guide for dealing with everyday problems. The children learn that if a problem arises or a village law is broken, all members of the community help to resolve the matter. So, for example, when someone steals from another’s garden, all community members go and work in the thief’s garden, so he feels he has enough of what he stole and will not be tempted to steal again. 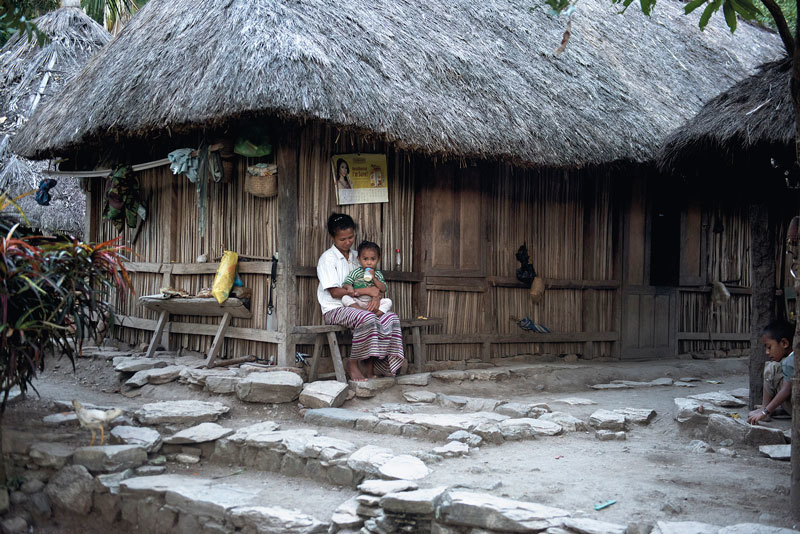 Attending school is optional in the inner village, and the children make the decision. I met the king’s niece who had chosen not to go to school. She told me she wishes to learn traditional ways and so feels no need for formal schooling. The king said that Nune, the five-year-old next in line to be king, will also decide for himself if he will go to school or not.

It was a great honour to be received so warmly by King Namah Benu. The king and I stayed up talking late into the night under a lone solar lamp. I was humbled by this very pure and authentic cultural experience which allowed me a glimpse into the world of the Boti tribal people of the mountains.

Boti receives around 300 visitors a year. 90 people from Jan to June signed the 2107 visitors book.