After successful tours in the UK and Europe since 2011, the musical stars from West End, London finally came to Jakarta toentertain the audiences at Ciputra Artpreneur on 12 and 13 July. The concert with the title “Stars of the West End” produced by British Theatre Playhouse & Worldwide Entertainment presented four singers, namely Mike Sterling, Shona Lindsay, Tom Solomon and Yildiz Hussein. 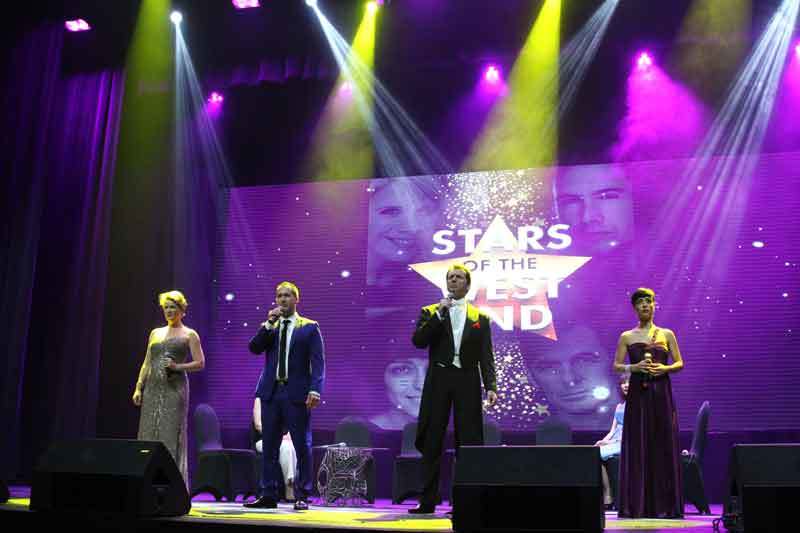 West End is well-known as home to the world’s leading musical performances, which became evident during the 2-hour show, where the singers presented more than 20 famous musical drama songs as solos, duets and group performances.

Their repertoire included famous tunes such as “This is the Moment” (Jekyll & Hyde), “All I Ask of You” (Phantom of the Opera), “Some Enchanted Evening” (South Pacific), “Popular” (Wicked), “Reviewing of the Situation” (Oliver), “Don’t Cry for Me Argentina” (Evita), “I Have Nothing” (The Bodyguard), “Dancing Queen” (Mama Mia), “On My Own” (Les Miserables) - all of which are familiar songs for those who are passionate about musicals.

This was the first time for Stars of the West End to visit Jakarta. Previously, they have successfully toured Europe, including shows at Cadogan Hall, London in 2014 and exclusive performances in the Louvre, Paris in 2015. Their sold-out shows in Singapore were also highly anticipated, with the President of Singapore, Tony Tan, praising the performance.

In Jakarta, the four stars invited the audience to actively take part and create an intimate atmosphere by communicating with them.

“Even when there is no audience, we still give our best in performing the songs,” Yildiz Hussein said at the press conference.“Being thousands of miles from home, the audience’s appreciation of this performance will be an amazing experience.”