Pinpointing the moment when the creation of The Creation began can be as tricky as determining the precise moment in time that our universe was born.

Even the word ‘born’ can be problematic as birth is hardly the beginning of existence. There’s also the fact that the identity of the librettist has proven more elusive than that of the Night King.

The Oratorio King since his days in the realms of men, Georg Friedrich Händel, continued to reign posthumously during Haydn’s lifetime. Of all the exposure Haydn might have had to Handel’s music prior to even beginning work on The Creation, it is reasonable to assume that the most impressive would have been while attending the Handel Festival at Westminster Abbey in 1791. Besides being a truly grandiose event, it was also Haydn’s first trip to London and reportedly the first time he had seen the ocean. The program included The Messiah and Israel in Egypt, the libretti for which were prepared by Charles Jennens on his own initiative as opposed to being commissioned. Of all the music that was performed during this truly grandiose festival, it is reasonable to assume Handel’s greatest oratorio as the prime candidate responsible for sparking Haydn’s desire to write one of his own.

If multiverse theories are true, then there is probably a daughter universe out there where The Creation was composed by George Friedrich Handel, not Franz Joseph Haydn. The libretto, which was already old by the time it reached Haydn via Johann Peter Salomon in 1795, is traditionally assumed to have been originally intended for Händel. Either he rejected it or perished before having a chance to set it to music. One thing of which we can be almost certain had the music been composed by Handel is that it would sound less awkward when sung in English. Haydn indeed intended to give equal standing to both the English and German texts, however, it seems he ultimately composed the music for the German translation by Gottfied van Swieten, who claimed to have kept the rhythm and accentuation of the English version, but at best only almost succeeded. Also, the ‘English version’ was no longer the original English text but a translation of the German translation. In Handel’s hands the music would most likely have been set specifically for the original English text with the aid of his not-so-secret-anymore weapon, Charles Jennens. 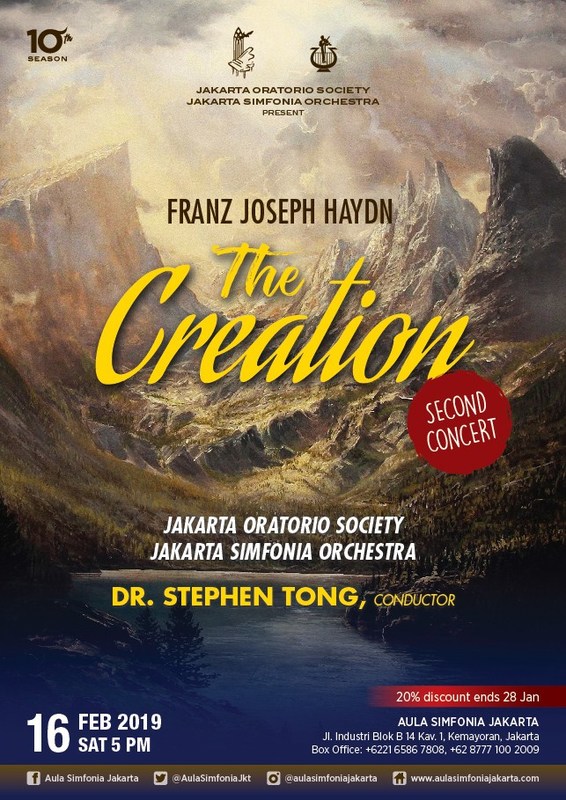 The original libretto of The Creation was in English and influenced by John Milton’s Paradise Lost, but did not deal with the fall of mankind. Many attempts have been made to reveal the identity of the author. These include the popular theory which proposes Thomas Linley, as well as tin-foil theories which suggest Mary Delaney.Both have been justifiably refuted by recent scholarship. Interestingly, the soundest theory suggests albeit inconlusively two candidates based on the Milton-inspired works they had previously produced in collaboration with Händel: Charles Jennens and Newburgh Hamilton. The works are respectively L’allegro, il pensiero ed il moderato, and Samson. However, Hamilton’s literary sophistication in Samson is considered much too superior in comparison to The Creation. Hence the remaining possibility is Jennens.

The fact that The Messiah was Jennens idea and Handel’s willingness to collaborate was due to his credit is attested to in letters from the latter to the former. Therefore, Charles Jennens is not only the conceptor of the work which most likely inspired Haydn to write his first oratorio The Creation, he is also quite likely its original librettist. Pinpointed and identified. To quote Will Ferrell, “I just blew my mind”.