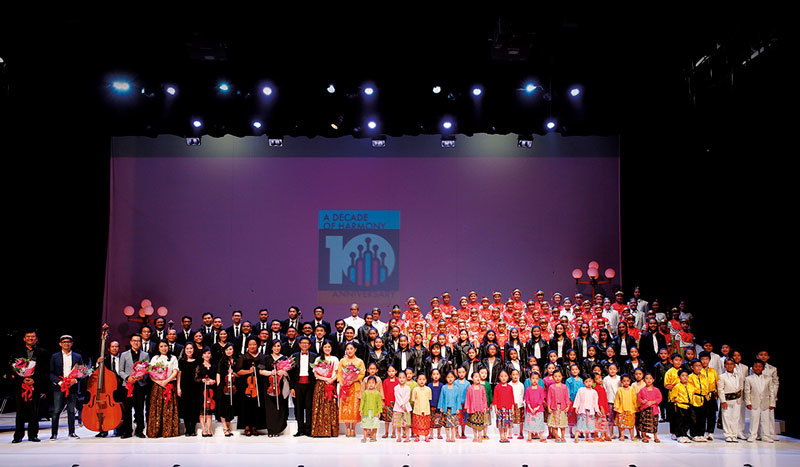 Avip Priatna and his children’s choir, The Resonanz Children’s Choir (TRCC), performed a concert titled “A Decade of Harmony” at the Ciputra Artpreneur Theatre in April. The Jakarta Concert Orchestra, led by Avip Priatna himself, accompanied the choir

TRCC is an accomplished choir that has already won many awards at international choral competitions held in Bali, Hong Kong, Hungary, United States, and Italy, most of which also includes the title as the overall winner.

Comprised of 89 singers, TRCC Seruling and Tifa performed 22 songs convincingly. The concert started with the Jakarta Concert Orchestra playing Ibu Soed’s “Pergi Belajar”, while the TRCC members were entering the stage wearing school uniforms. They sang “Nyanyian Gembira”, a medley of children’s songs composed by Mochtar Embut that was re-arranged by Fero Aldiansya Stefanus. TRCC then performed “This song” by Ivo Antognini and “Sing for Joy and Clap Your Hands” by American composer Cristi Cary Miller. 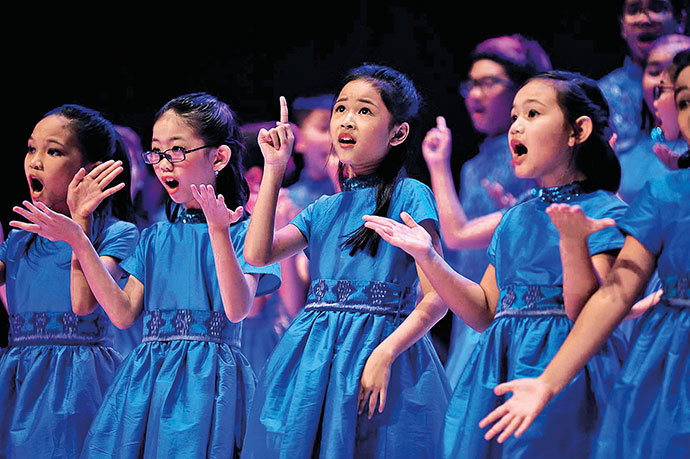 Apart from competition songs, TRCC also presented pieces from other countries, such as the French-Canadian song ”J’entend le Moulin,” Aztor Piazzolla’s ”Libertango,” Mexican song ”Las Amarillas” and a song titled “Once Upon a Time in China”, that was accompanied by a wushu performance.

The concert was accompanied by the Jakarta Concert Orchestra (JCO), which is also managed under the same foundation, The Resonanz Music Studio. The JCO continuously provides high-quality music to audiences in Jakarta. Along with the Batavia Madrigal Singers, they perform regularly in concert series since 2009.

The show finalised with the performance of “Yamko Rambe Yamko”, the song the choir performed on a video that went viral on social media and brought them international attention as well as the Grand Champion title at the Claudio Monteverdi International Choral Competition in Venice, Italy.

This coming July, TRCC will return to Italy to join another choir competition titled the Musica Eterna Roma International Choral Festival & Competition. In addition, TRCC will premiere the musical “Suara Hati” in November.