Asked why Google has opted for a physical presence in Indonesia when their business is ‘in the clouds’, Tony said: “You know, it would be impossible to know how to engage with Indonesia without being here, living in this country. And we have learned very quickly that Jakarta is just one part of Indonesia. That is why I and my team travel extensively, engaging with communities and understanding how Google can support those communities in the context of education, leisure and the safe use of the Internet”. 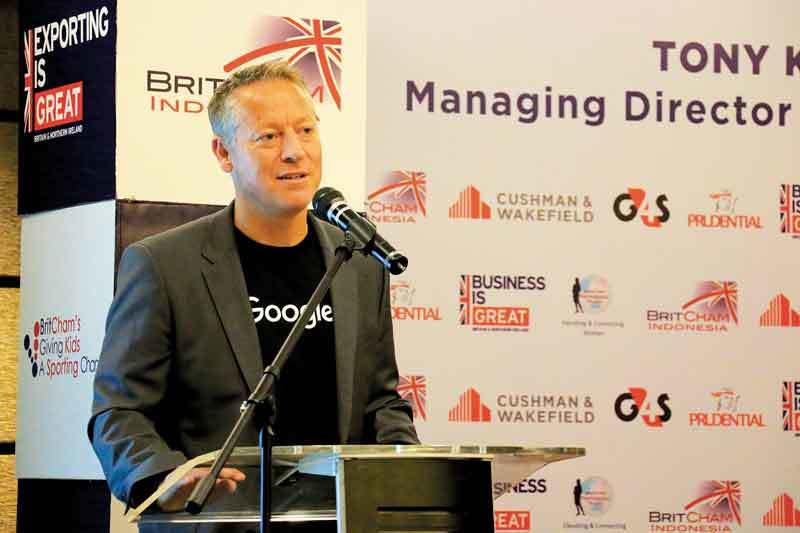 Tony highlighting how unique Indonesia is. The last formal statistics regarding Indonesia and Internet users came out 10 months ago at an estimated 100 million. Now, said Tony, “the number is widely accepted as 110 million. That means there are one million new Internet users every month. That is a phenomenal number and represents a great opportunity for services providers, e-commerce traders and the public themselves. This is a very exciting market that needs to be respected by creative strategies that are devised with Indonesia and its publication in mind.” 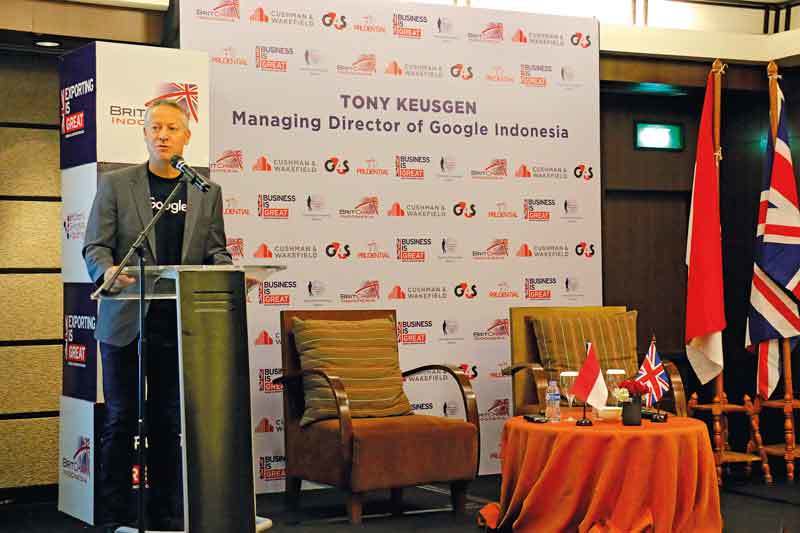 The ‘chat’ between BritCham Executive Director, Chris Wren and Tony covered many subjects, including the influence of the Internet in the recent Jakarta Gubernatorial Election campaign, concerns of some parents who feel a loss of control over their children at the hands of smart-phones and the Internet, and how businesses should challenge themselves to be more creative by making use of the internet to optimize down-time in the car during jam macet (traffic peak hour). 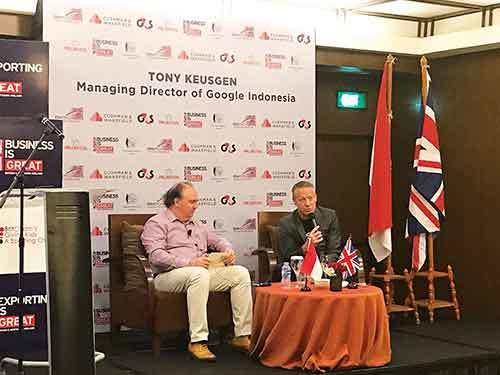 When asked how a smaller business should prioritize its marketing spending between more traditional platforms, e-platforms and social media, Tony suggested that the Internet spend is compelling. “Let’s face it, when someone ‘googles’ flights to the U.K., you know they are already in the market to buy tickets. You have to plan to capture that interest. It’s tangible and measurable. That’s the justification.” 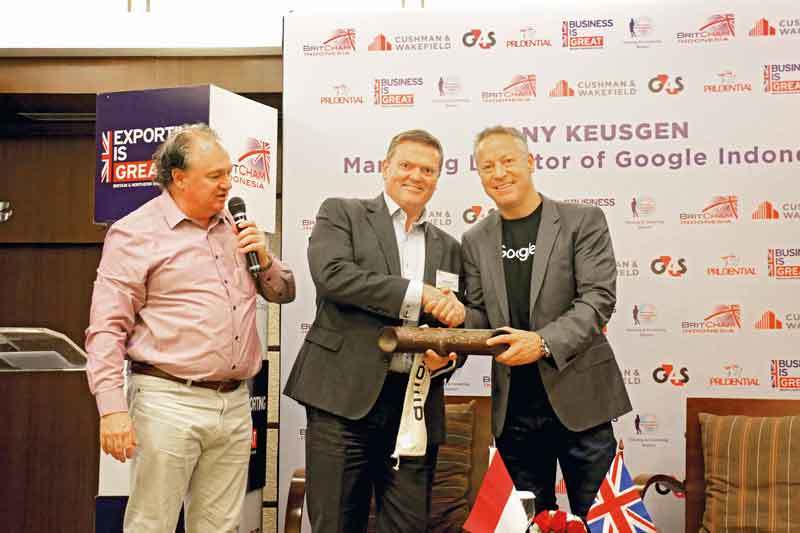 Chris took the opportunity to ask Tony why he had chosen BritCham as his first Chamber engagement in Indonesia. He replied, “Our business is driven by data. Our data told me that BritCham is THE number one Chamber in Indonesia. So, here I am!” That was compelling enough for BritCham Chairman, Adrian Short to present Tony with the BritCham ‘Giving Kids A Sporting Chance’ souvenir. Many thanks, Tony! The audience loved the sincere optimism and your friendly, yet professional interaction.