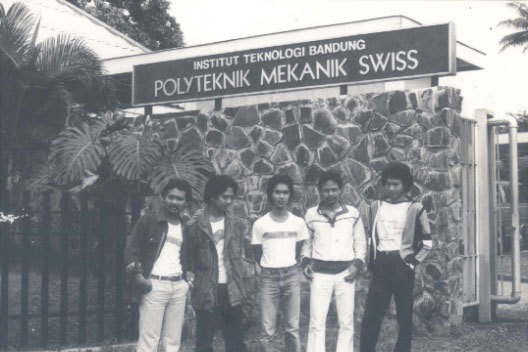 Have you ever heard about the Polyteknik Mekanik Swiss? Well, that was actually one of the first schools in Indonesia supported by the Swiss Government. Today, the school is called Politeknik Manufaktur (POLMAN) Bandung.

Since the 1970s, Switzerland has been working with Indonesia in upskilling its workforce. It has not only contributed the establishment of Polman, but was also involved in the set-up of the National Hotel Institute (NHI), which is now known as Sekolah Tinggi Pariwisata (STP) Bandung. These schools have become models for many other polytechnics in Indonesia today.

Switzerland’s vocational education and training (VET) system is an internationally recognized success story and is seen by many as a major contributor to the continuing vitality and strength of the Swiss economy.

So what makes the Swiss model so special? Two-thirds of secondary school students take part in the country’s VET system. They can choose from around 230 different occupations. At the age of 16, most young people stop full-time education and instead rotate between school and practical experience in a work place for three-to-four years. This allows students not only to receive a salary but most importantly a crucial introduction to the world of work. Moreover, around 30-40 percent of Swiss companies train apprentices. It is the close relationship between the schools and the industry which is the key success factor of Switzerland’s VET system.

Through its proven, specialized and industry-driven skills development model and know-how, Switzerland is well positioned to support President Jokowi’s plan to bolster the country’s human resources in order to help Indonesia reach its full economic potential. We are proud to continue our collaboration with the Indonesian Government in the VET sector which we started almost 50 years ago.

Today, as part of its Economic Cooperation and Development Program, Switzerland is assisting an additional six polytechnics that are part of the Skills for Competitiveness S4C and the Sustainable Tourism Education Development STED project. Another skills project is in preparation and will address the skills shortage in the renewable energy sector. We hope that our combined efforts in the VET space will further reduce the skills mismatch and youth unemployment and contribute to a more competitive Indonesian economy.

IFI to Reopen with Optimism