This is How Switzerland Fosters Economic Coorporation and Development

The Economic Cooperation and Development Division is part of Switzerland’s State Secretariat for Economic Affairs (SECO) and aims to promote sustainable growth in developing countries in economic, ecological and social terms. 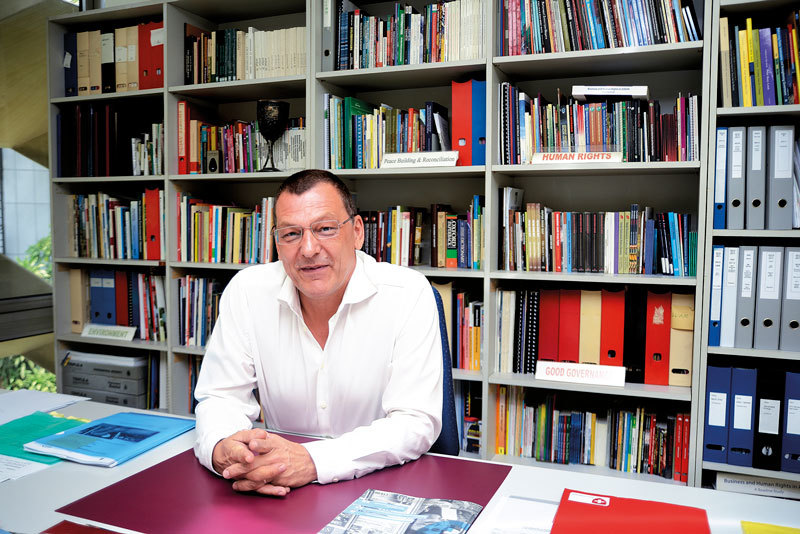 SECO’s strategy is to help integrate partner countries into the global economy and enhance their competitive position by implementing measures in areas such as strengthening economic and financial policy, improving urban infrastructure and utilities, supporting the private sector and entrepreneurship, promoting sustainable trade and fostering climate-friendly growth.

Indonesia belongs to SECO’s priority countries in the South. In July, SECO officially launched its new Country Cooperation Strategy 2017-2020 for Indonesia. Switzerland plans to invest through SECO about USD 75 million for new bilateral programmes and support measures complemented by an additional approximately USD 70 million in form of contributions of global and regional projects to Indonesia.

Martin Stottele, Head of SECO in Indonesia, said that the budget has remained the same as in the previous cycle, but that there have been some changes in terms of content.

“We are now focusing on vocational educational training, which is something new for us,” he explained. “This focus is a new addition to the global SECO portfolio, and at the same time, it was a specific request from the Indonesian government as well. Therefore, it coincided very well.”

Switzerland’s assistance to Indonesia in terms of vocational education dates back to the 1970s and will now receive a new boost. SECO currently cooperates with the Ministry of Industries to set up four new Polytechnics across Indonesia, among others in the metal and smelting sector, which is still new to the country, as there is no particular education at a higher professional level in smelting yet.

“Our objective is to assist Indonesia in enlarging its scope when it comes to higher professional education,” Stottele said. “This is very important for the future development of the Indonesian economy because local companies need to start producing more complex products with a higher added value.”

The second main area SECO focuses on in Indonesia is the tourism sector. Tourism in Indonesia can contribute to an inclusive and job-rich growth. The first phase of the project WISATA, which sees SECO assisting Indonesia in destination development, was implemented from 2009 to 2014 on the island of Flores. During the second phase, which started in 2014, WISATA was widened to three additional destinations, namely Toraja in South Sulawesi, Wakatobi in Southeast Sulawesi and Tanjung Puting in South Kalimantan.

“In the beginning of next year, we will expand the project even further, focusing on macro level and mezzo level tourism,” Stottele explained. “In collaboration with the World Bank, we will help to finance the masterplans for three designated destinations, as well as assisting them in quality assurance, as Indonesia needs to put a greater emphasis on developing sustainable tourism. It will ensure that future generations will be able to profit from tourism as well.”

Indonesia’s biggest assets in tourism are its nature and culture, and therefore they have to be safeguarded, he added.

“At the mezzo level, we are planning to support the development of a new tourism school in Lombok,” Stottele said. “This school will offer diploma programmes and train future managers in the hospitality and tourism industry.”

Switzerland is very well known for its hotel and hospitality management schools, and SECO aims to establish the Lombok school according to the latest international standards.

“The third pillar of this tourism development project will be at destination level,” Stottele concluded. “We intend to work at two destinations, in Flores and in Wakatobi, where we will mainly focus on the implementation of the two aforementioned masterplans.”