One of the highlights of the annual Jakarta Fashion and Food Festival (JFFF) is the Wine & Cheese Expo, which presents various wines, cheeses and chocolates from local and overseas producers and distributors. It also serves as a platform for cultural exchange, to get more insight into the distinctive culture of foreign cultures and acts as a bridge to promote JFFF and Indonesia on an international level. 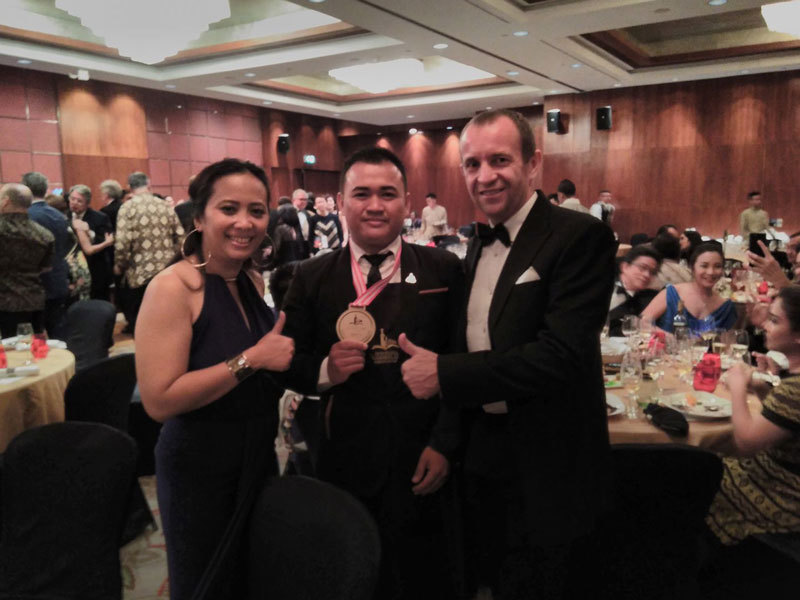 Since 2013, the Wine & Cheese Expo has become more popular, evident through its increasing partnerships with other countries, including the Czech, Croatian, Hungarian and Slovak embassies.

Besides the Wine & Cheese Expo, the event also includes the Sommelier Jakarta Competition and Sommelier National Competition for professionals of the wine industry, established in 2014. Held on 30 April 2017 at Mandarin Oriental Hotel Jakarta, this year’s competition was enlivened by a gala dinner and cooking demonstrations.

Iksan Tahdinal from AMUZ Gourmet was chosen as the Best Indonesian Sommelier 2017, followed by Andry and Alvi from the UNION Group as runner up and third place, respectively. Iksan, who was first promoted as a Junior Wine Specialist in 2015, said that he is always keen to improve his skills and nurture his passion for wine. Furthermore, Iksan will represent Indonesia at the Asia Best Sommelier Final in Taiwan in December.