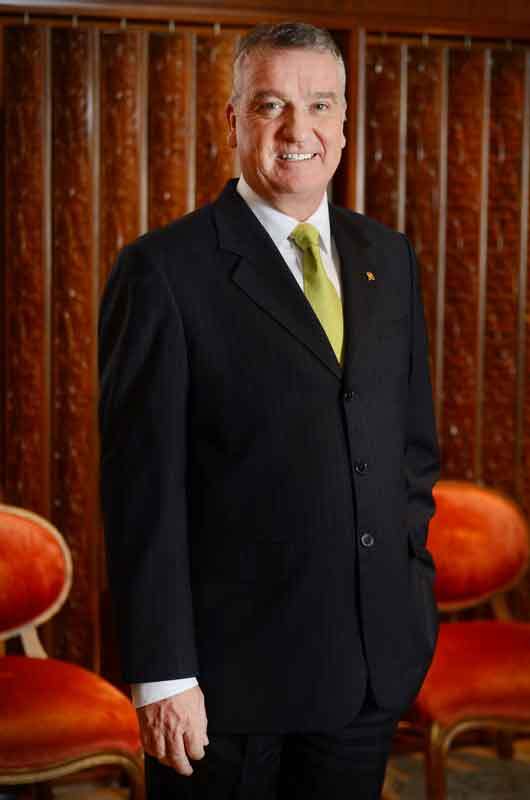 Andrew Abram has first been appointed to the position in Jakarta in 2004. During his first tenure, he oversaw the closure and full renovation of the property as well as its successful re-launch in October 2009. He subsequently moved to take over management of Mandarin Oriental Dhara Dhevi, Chiang Mai in 2012 and brings with him over thirty years of experience in the hospitality industry, having begun his career in 1989 in London.

Abram’s previous appointments include Resident Manager of The Excelsior, Hong Kong as well as General Manager of the Niccolo Hotel in Chengdu, China and Managing Director of Soneva Kiri in Thailand.