Insurance group Zurich Indonesia has appointed 24-year-old Indonesian golf player Danny Masrin as brand ambassador, reflecting the company’s commitment to support the development of golf as a sport and athletes in general in Indonesia. 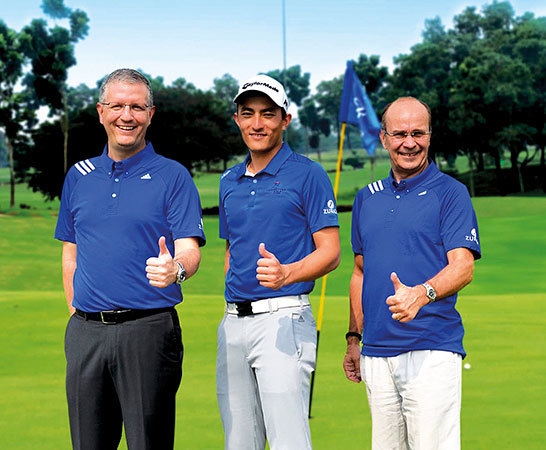 “Zurich Indonesia sees Danny as a perfect partner to take Indonesian golf to the next level,” said Zurich Topas Life President Director Peter Huber. “Danny has a high passion for this sport. He is an inspiration to Indonesia’s younger generation to understand golf better.”

Compared to other sports like football and basketball, the popularity of golf is relatively low, especially among the young generation, even though it comes with health benefits. It also has the potential to contribute to the country’s tourism sector.

Zurich Indonesia has been involved in golf activities for several years. In Indonesia, Zurich was presenting sponsor at the BNI Indonesian Masters Golf Tournament 2016 which took place in October.