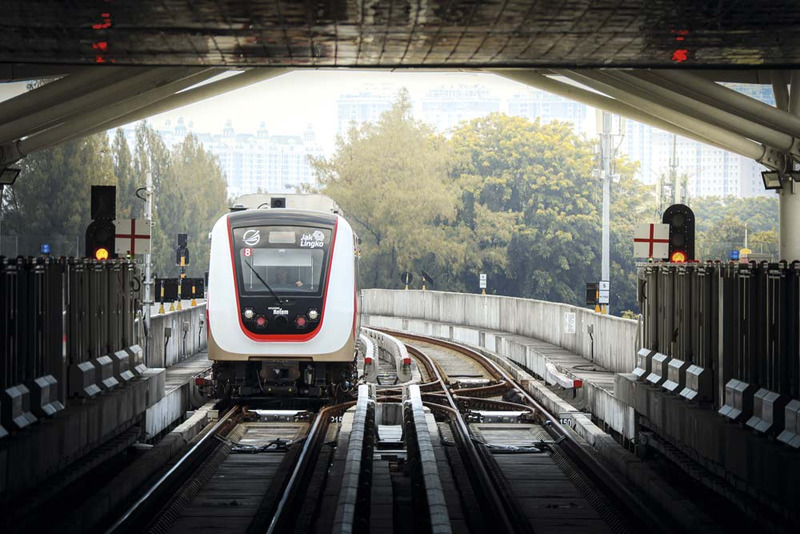 Lintas Rel Terpadu (the integrated railroad) or LRT is a new mode of public transportation dedicated to the community in this era when environmentally friendly mobility must become a mainstay. It is predicted that it will become one of the favourite public transportations for Jakarta residents, as well as its supporting cities.

Public transportation in Jakarta is starting to be more widely used by the community, especially Jakarta residents simply because now it is much safer and more comfortable, and as a result, many people use public transportation for their daily activities.

Since it started commercial operations on 1 December 2019, the LRT Jakarta has now become one of the  mainstays of public transport for Jakarta residents adding on to the commuter line trains, the MRT, TransJakarta buses, and of course the online motorcycle taxis (which strictly speaking are not public transportation but private services). All of these services are being integrated in an effort to reduce the use of private vehicles, which continue to increase in number, so that Jakarta can be free from traffic jams.

Jakarta LRT trains operate at an average speed of around 50 KM/hour and can reach a maximum speed of up to 90 KM/hour. Passengers coming from Kelapa Gading, North Jakarta can save travel time by traveling from Kelapa Gading to Velodrome between 13-15 minutes. If it is integrated with Transjakarta via a skybridge from Velodrome Station to Pemuda Rawamangun Bus Stop and then to Dukuh Atas Bus Stop, it will take about 40 minutes. So, if it is accumulated, the total travel time with the integration of the Jakarta LRT and TransJakarta from Kelapa Gading to Dukuh Atas is less than one hour (+/- 55 minutes).

Currently, the LRT Jakarta has 8 trains. The plan is that 6 LRV (Light Rail Transit Vehicle) trains will operate to serve the community and 2 LRVs will serve as reserves. Each Train consists of 2 connected trains

LRT Jakarta LRT service facilities start at 5:30 am to 11 pm every day with ticket fare is flat at IDR 5,000 for one trip. Passengers can buy tickets at the Ticket Vending Machine (TVM) or Passenger Agent Office (PAO), which are manual counters with staff serving the purchase. 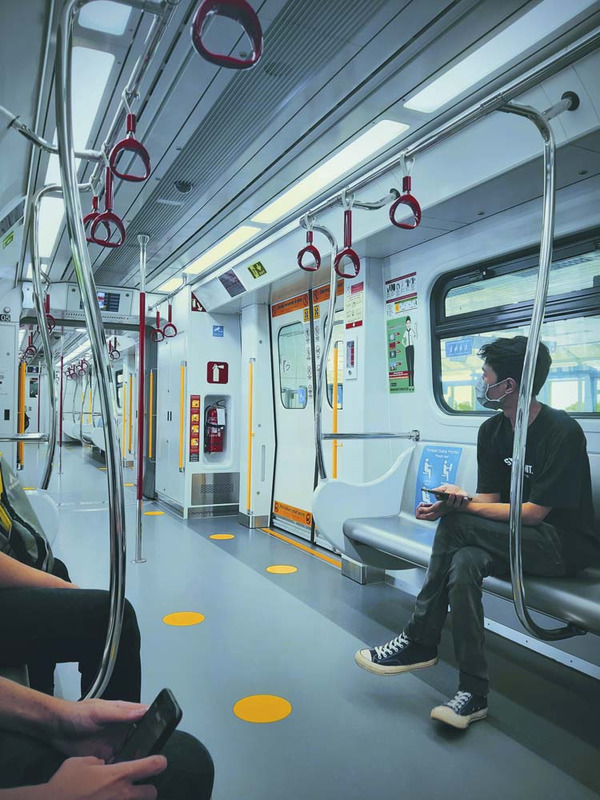 Meanwhile the LRT Jabodebek is not yet operating commercially. The government plans to start operating it for the public right on this year’s Indonesia's birthday, 17 August. The progress of the construction of facilities and infrastructure is currently around 90 percent complete.

LRT Jabodebek stations are located in strategic locations ranging from residential areas to business districts. The goal is to make it easier for commuters to transport from and to the capital city or other areas.

For the LRT Jabodebek, it is also planned to develop Transit Oriented Development (TOD), which is a development that integrates urban space design to unite people for activities, buildings, and public spaces through easy connectivity by walking or cycling as well as being close to public transportation services to reach all areas. city. The development of this concept is considered to be able to maximize the use of public transportation, thereby minimizing the use of private vehicles and energy wastage, as well as improving an urban lifestyle or a healthier lifestyle.