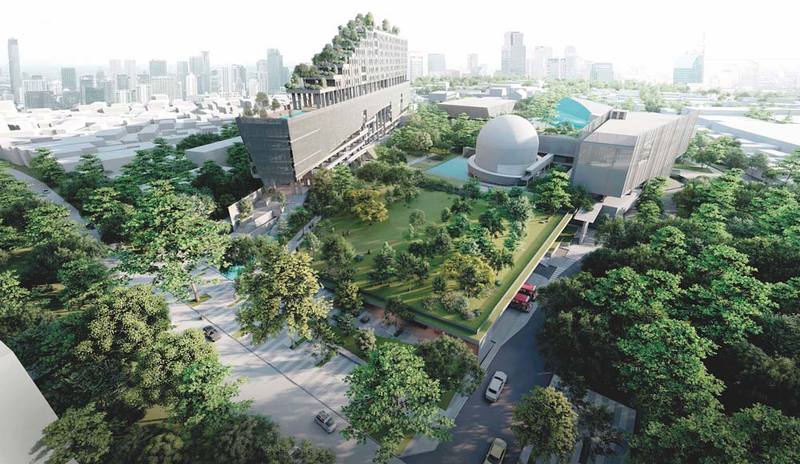 According to the authorities, the first phase of the Taman Ismail Marzuki (TIM) revitalization project has reached 99 percent, while the second and third phases are currently following up to be completed soon, though from the comments below, there does seem to be a long way to go. However TIM's revitalization continues to be pursued to make Jakarta a world-class center of arts and culture, which is a great objective and much to be encouraged.

The process of revitalizing TIM in Jakarta is still ongoing: the building of some facilities has already been completed, but some are still in the construction process. "Taman Ismail Marzuki is being revitalized and presents a new face to accommodate all expressions of artistic and cultural works as a barometer, laboratory and display case," As quoted from the official website of PT Jakarta Propertindo, the revitalization was carried out to make TIM the nation’s best art and cultural education tourism centre.

Following the mixed-use building concept, TIM is expected to become an Urban Art Center and Creative Hub for the city of Jakarta and Indonesia. To be able to realize this mission, there are several things that are being done in the TIM revitalization project: 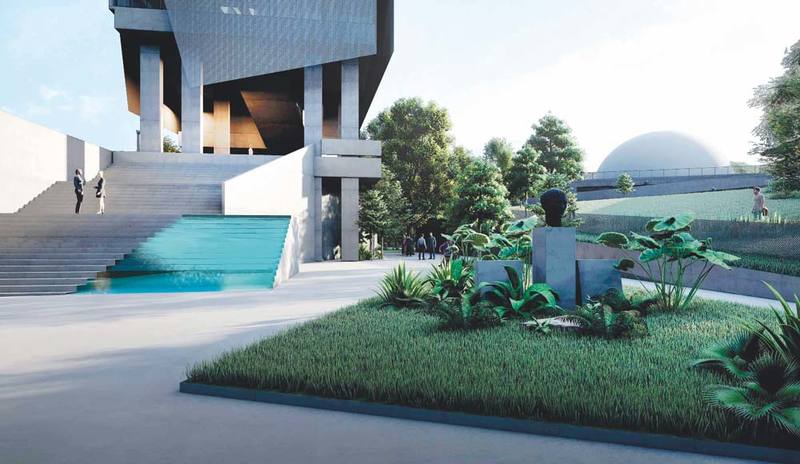 The Philosophy of Gedung Panjang Design

One of the new buildings with a unique design at TIM is the library and Wisma Seni, otherwise known as the Gedung Panjang (long building). The TIM Panjang Building is in phase one of TIM's revitalization. Until the 111th week of this building, the realization of progress reached 98.20 percent.

According to the architect Andra Matin, this building is a depiction of the inspiration from the song by Ismail Marzuki, in detail the song entitled Rayuan Pulau Kelapa (solace on coconut island). Some of the verses taken include, ”…Tanah Airku Indonesia. Negeri elok amat kucinta. Tanah tumpah darahku yang mu“lia, yang kupuja sepanjang masa. Tanah airku aman dan makmur, pulau kelapa yang amat subur….” (My homeland is Indonesia I really love a beautiful country. My glorious homeland, which I adore forever. My homeland is safe and prosperous, a very fertile coconut island.)

The lyrics of the song, said Andra Matin, became his inspiration to design the TIM’s Gedung Panjang because the words required symbols. “This building is only suitable for TIM. The inspiration from the song by Ismail Marzuki was transferred to the high-low form of musical notes," said Andra.

According to Andra, the lyrics shown show that we all must love our country. “(The lyrics) really feel that we should love our country. Three notes combined into one facade. The facades are arranged randomly,” Andra continued.

As a description, the building, known as the Gedung Panjang, is seen extending across the land that used to be the culinary center of TIM. Part of the 14-story building looks terraced from a distance, not flat like a conventional high-rise building.

There are also elements of the tumpal motif from Betawi batik on the building. Apart from being aesthetic, it also aims to reduce sunlight into the library area so that it becomes cooler. The facilities at the Gedung Panjang consist of an art gallery, public library, HB Jassin Literary Documentation Center, the Jakarta Arts Council (DKJ) Office, the Art Committee's Discussion Room and Wisma Seni.

DKI Jakarta Governor Anies Baswedan explained that the TIM revitalization was carried out so that TIM became an icon and centre for world arts and cultural activities. In addition to the international standard infrastructure, the artistic content in Jakarta is of international standard. Thus, TIM has become a superior cultural tourism destination, and has become one of the city's icons with character.

Governor Anies also wants TIM to become an ecosystem of Jakarta's cultural arts, a place for artists in Jakarta, national artists to collaborate in showing their work through a rigorous audition process through the Jakarta Arts Council.

With the new face of TIM, Head of Jakpro Corporate Secretary Division Nadia Diposanjoyo invites the public, especially residents of Jakarta to use TIM as a third space to develop creativity and express artistic and cultural talents. Moreover, TIM was built with a unique mixed-use building concept because it accommodates the needs of art, culture, and education.