For years, Jakarta’s infrastructure and traffic congestion have been hot topics among residents and tourists alike. Thanks to the city government, however, there have been slight improvements in the availablity of public transportation that are just as tourist friendly as they are convenient for daily commuters. Here is a quick guide to the options available to help point you in the right direction.

The Commuter Line— operated by PT Kereta Commuter Indonesia (KCI), a subsidiary of Kereta Api Indonesia, the Indonesian National Railway Company— is a commuter rail system  connecting Jakarta and its satellite cities. Six lines carry passengers into the capital from the area collectively known as Jabodetabek (an acronym referring to Bogor,  Depok, Tangerang and Bekasi). The modernisation of the electrified commuter railway system began in 2008 with major improvements of station facilities and train cabins, ensuring a comfortable ride. Electronic tickets are available in either a daily pass or multiple trip options priced from IDR 3,000.

The Commuter Line serves 80 stations in total  with 6 transit stations that conveniently bring passengers to the the heart of the city including Kota Tua, Sudirman, Cikini, Tanah Abang, and Pasar Senen, all which are also close to various tourism sites.  Two special carriages are reserved for women on either end of the train and there are provisions included for passengers with disabilities. 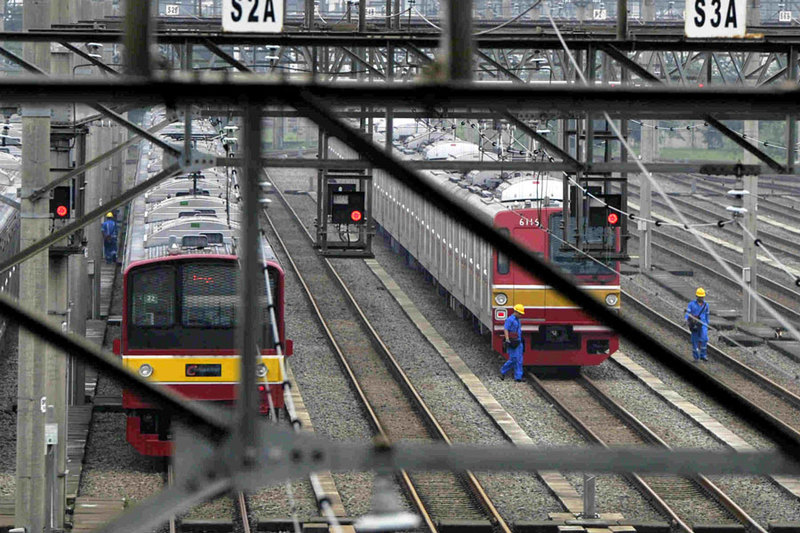 As the trains are usually crowded during rush hours during the week, tourists may find it best to use the service during non peak hours and weekends—and avoid Jakarta’s infamous traffic woes!

Transjakarta is the city’s  bus rapid  transport system that serves several routes to most parts of the capital in strategic locations.  Operated by PT Transjakarta,it serves the centre of the city and the Jabodetabek area. 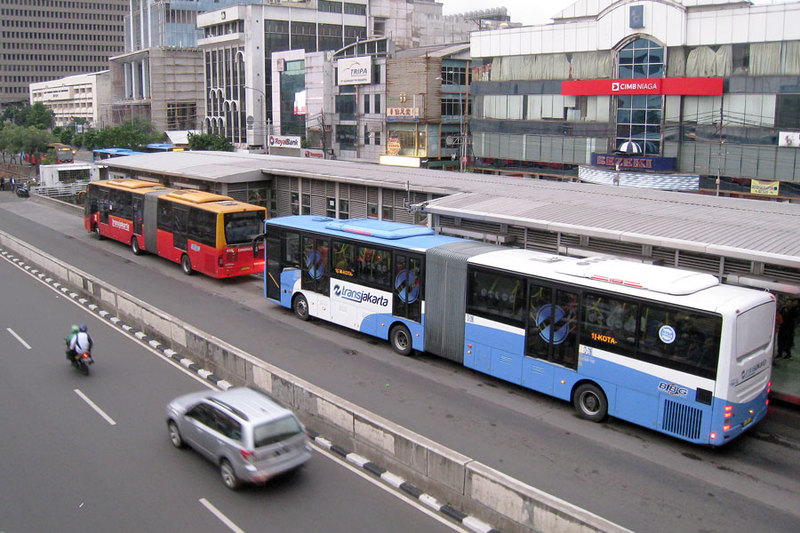 Operated 24 hours a day, Transjakarta serves 13 routes (called ‘corridors’) and 1347 buses  that transport passengers to more than 260 bus stops. The company continues to add buses on routes that are heavily used and provides special women-only buses (coloured entirely in pink). It also makes provisions for pregnant women, older passengers and for travellers with disabilities, in every bus.  Bus shelters are equipped with a live TV screen that helps commuters track the position of the bus routes serving the shelter. Staff are available at each station to assist passengers.

Launched in 2016, the Feeder Bus  by Transjakarta helps commuters who need to travel to areas not served by the major routes. The Feeder Busway helps transport passengers to either a train station or a main bus shelter. Prices range from IDR 2,000 to IDR 3.500 (payable via a direct debit system called e-money).

Since its launch in 2014, City Tour Jakarta has become the preferred city bus among tourists looking  to explore Jakarta’s landmarks. City Tour Jakarta, also known as Jakarta Explorer, has four routes which tourists can use during their time in the capital. 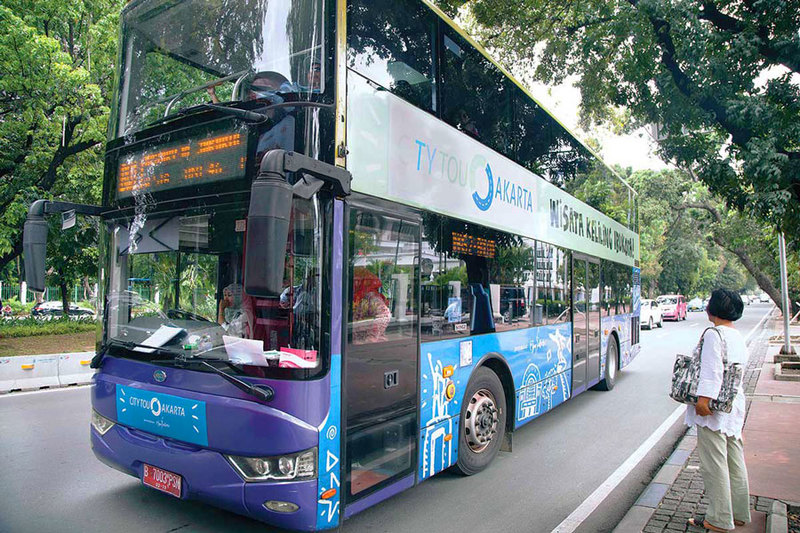 Operated by PT Transjakarta, people can explore more places in the city as the company has 18 double decker buses. It also guides passengers to city landmarks with thematic trips such as the History of Jakarta, Jakarta Modern, Art & Culinary, Jakarta Skyscrapers, Jakarta Open Space, and Jakarta Heritage. These buses mostly operate on routes that would be of interest to tourists.

People could take the City Tour Jakarta as it is comfortable option  to explore the city. There are designated bus stops along the various routes and an on-board attendant explains points of interest as the bus travels the city. These buses are  FREE.

The city has reliable taxi transportation and rides can be hailed either on the street on by queing in designated areas of major malls around the city. Companies such as Express and BlueBird are most popular, safe and reliable. Fares start at IDR 6.500 (as of 2016). The estimated fare from Soekarno Hatta International Airport to Bundaran Hotel Indonesia in Central Jakarta is around IDR 150,000. 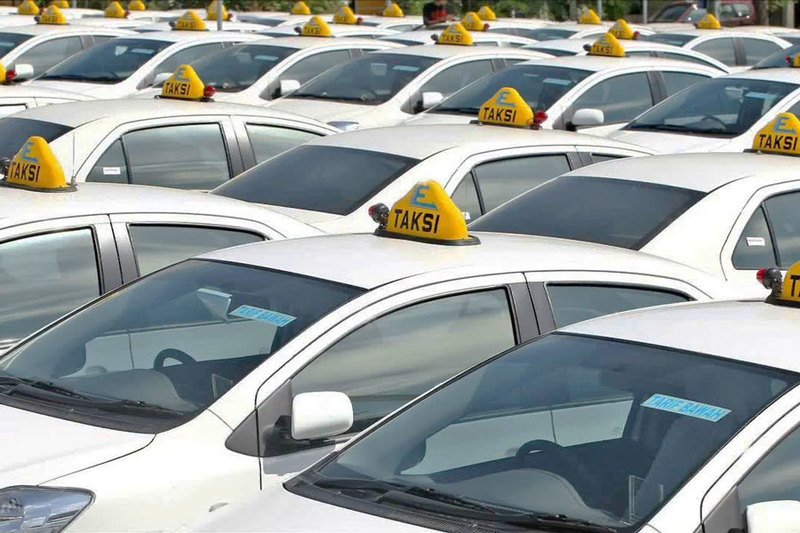 The company provides different types of cars depending on the style of service desired (usually via pre-order). There is also the option to order a taxi via the company’s mobile applications. Payment via applications is also available Bluebird recently collaborated with online transportation service, GO-JEK to provide taxi cab service with online standard fares.

Auto rickshaws,  commonly known as Bajaj are a unique form of public transportation. These three-wheeled vehicles are similar to mini taxi cabs. The city government allows Bajaj to operate in certain routes in the city, and these are a great option for budget transport. These vehicles - which are suitable for up to 3 people are painted blue and are fueled by gas.  Recently, Bajaj has improved these vehicles to include 4 wheelers which offer a more convenient ride. 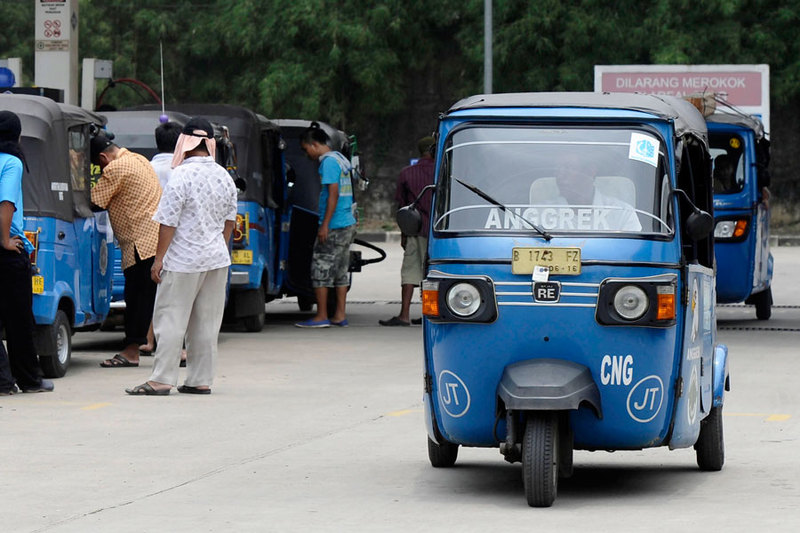 Traditional bus Kopaja is also operated outside the Transjakarta routes to transport passengers from areas not served by the major bus routes.  These buses stop according to passengers’ needs and fares are paid directly to the driver.

Online transportation services such as Go-Jek and Grab are available city wide. Go-Jek is a motorcycle transport system and is often the easiest—and fastest—way of transport around the city especially during peak hours. The user-friendly app informs riders about the operator’s location and the total fare for their trip. App services are constantly improving and the number of services often include a food delivery service, messenger service and personal services such as housekeeping and massage services. 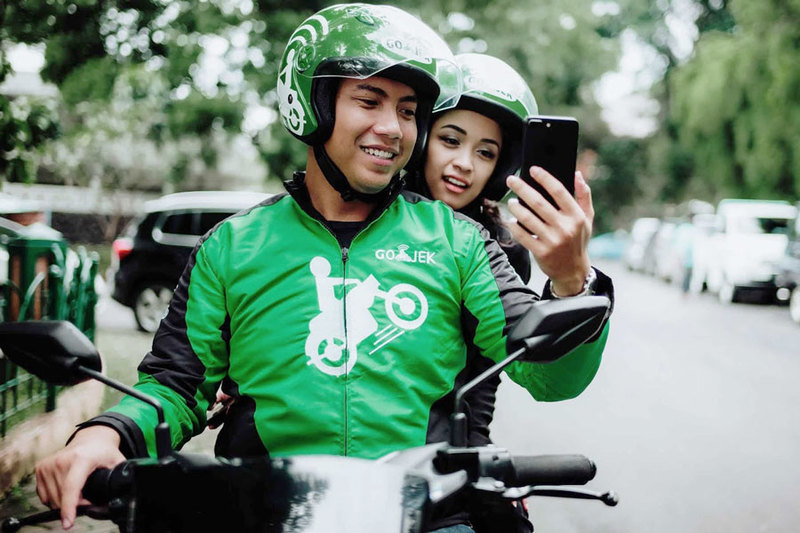 Jakarta welcome new option of public transportation on 24 March 2019. The first phase of Mass Rapid Transit (MRT) has officially operated after six long years of construction since October 2013. This transportation mode is currently serving only from Lebak Bulus to Bundaran HI area with ticket price ranges from IDR4,000 to IDR14,000. The second phase of this project is already underway, expanding service area from Bundaran HI to Kota Tua. The second phase is planned to finish in 2024.

The last addition to Jakarta's transportation variety is the Light Rail Transit (LRT). This transportation mode just had its third public test on 11-21 June 2019 upon the official operation which is still TBA. Iwan Takwin, Project Director of PT LRT Jakarta, confirmed that they are still waiting for the paperworks to finish before the official operation can be held. The first phase of this project serves the passengers from Velodrome station to Boulevard Utara station.