Our eyes play a vital role in building an appetite – which is something of a second nature to Chef Yann Bernard Lejard, writes Petty Elliott. 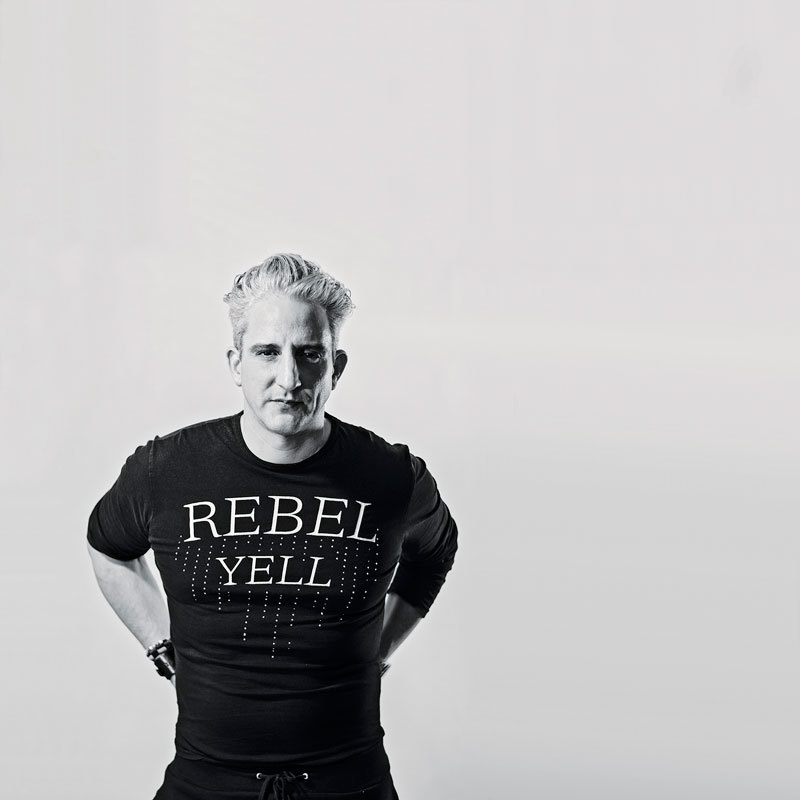 Remember the last time you were entranced by the presentation of a meal? All too often the trigger to try any restaurant is the pleasing arrangement of the food on offer.  Yes, before anything else, we eat with our eyes. Some Top Chefs have built reputations from a ‘mind over mouth’ approach cleverly confusing and surprising their dinner guests. Heston Blumenthal is a famous case in point whether with his legendary bacon and egg ice cream with earl grey jelly, or a fruit platter that is, in fact, cheese.

And so it was with the recent return visit by Chef Yann Bernard Lejard, welcomed back to The Ritz-Carlton Jakarta, Pacific Place for a third year to present a wine-paired celebration dinner with infusing with Dilma tea in his cooking and to host a Pop-up Restaurant at the Ritz-Carlton Ballroom in conjunction with Bazaar Art Jakarta 2017. 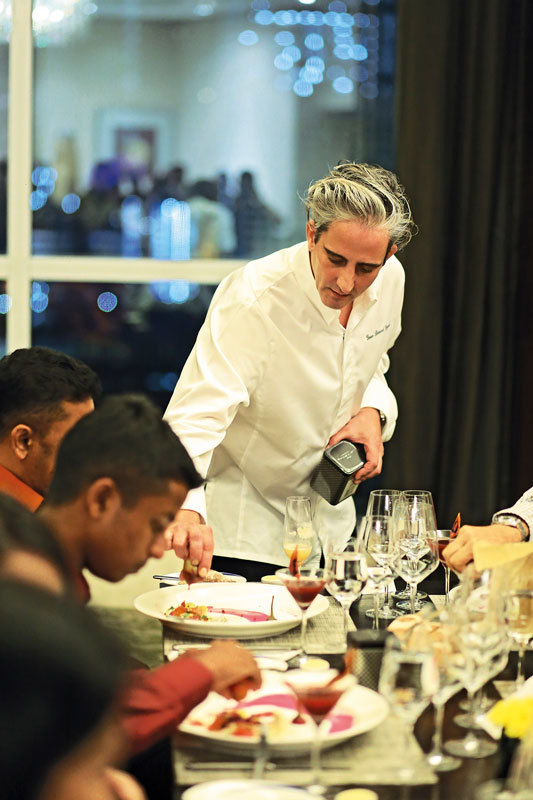 YBL, to use his initials, has made a specialty out of vivid colours in splashes, polka dots or brush strokes on plates to enhance the dining experience. His combination of painting and eating makes a meal as much a work of art, but so much more.

It was a fine afternoon when I met chef Yann Bernard Lejard at the hotel lounge. A Parisian, he has made Bahrain his home over the last 7 years, working with the Ritz Carlton group. His culinary journey started back in childhood in France and ultimately took him to several Michelin-starred restaurants across Europe.  Working with Alain Ducasse at Plaza Athenée in Paris, Yann became a Finalist of the Taittinger Culinary Grand Prix Awards in Switzerland. Despite this first class track record, he remains humble, “I don’t see myself as a chef, nor an artist. Only as a human being” he says. During our meeting and on the night of the special dinner it became clear that titles meant nothing to him.  It is his passion to challenge and entertain his guests, with an outstanding combination of the visual, textual and tasteful that shines through. 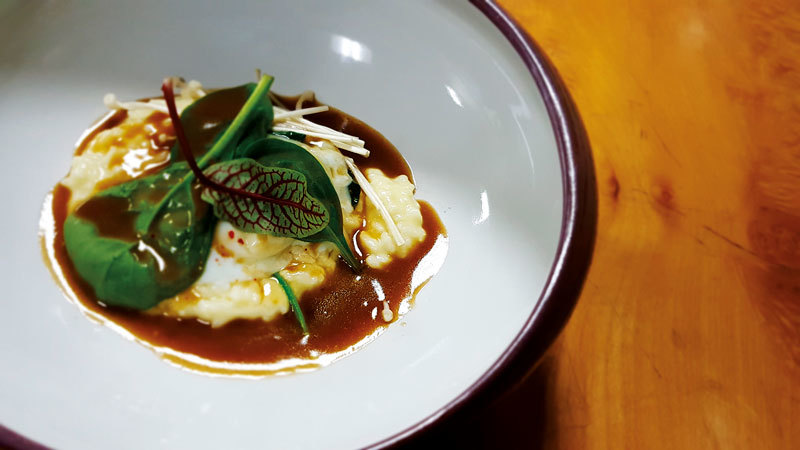 “I was very frustrated in my journey as a chef. I didn’t want only to cook. I wanted and needed more.” He explains, “The way I present my food is my self-expression and my emotion. I want to give more to those who are enjoying my food.  Taste is equally important in my cooking, of course,” says Yann seriously. He acknowledges the influence of Italian-German chef Heinz Winkler, the youngest ever to receive the coveted 3 Michelin stars. “Heinz taught me the importance of balance in taste. But there is no one teaching me how to involved in my self-expression and my emotions toward good food” he adds.

Yann’s style of cooking is perhaps best described as fusion, modern and evolving. “I can’t deny I am French. I am using French cooking techniques but the flavours are influenced from the many countries in which I have travelled or lived.” He enjoys Bahrain and admits local food culture and an array of spices has has some influence in his cooking. Artistry is a recurring theme with YBL, a big fan of calligraphy. “My work is about perception, improvisation and to impress people, not only to cook,” he smiles. 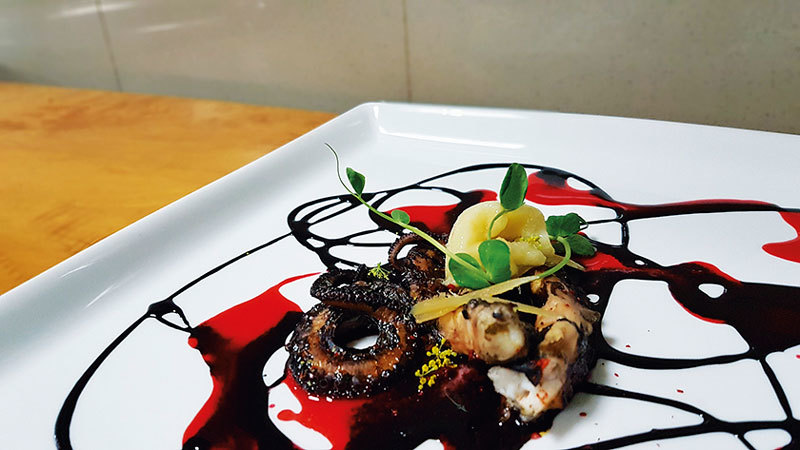 He more than kept his word with an impressive dinner in collaboration with Dilmah’s Silver Jubilee Gourmet. Every dish used speciality teas to create beautiful, yet delicate flavours. The big surprise that was Yann’s embracing of several Indonesian ingredients incorporated with traditional French style throughout the dinner. A good case in point was the use of local buratta cheese, Belitung Mushroom and of course tropical fruits. 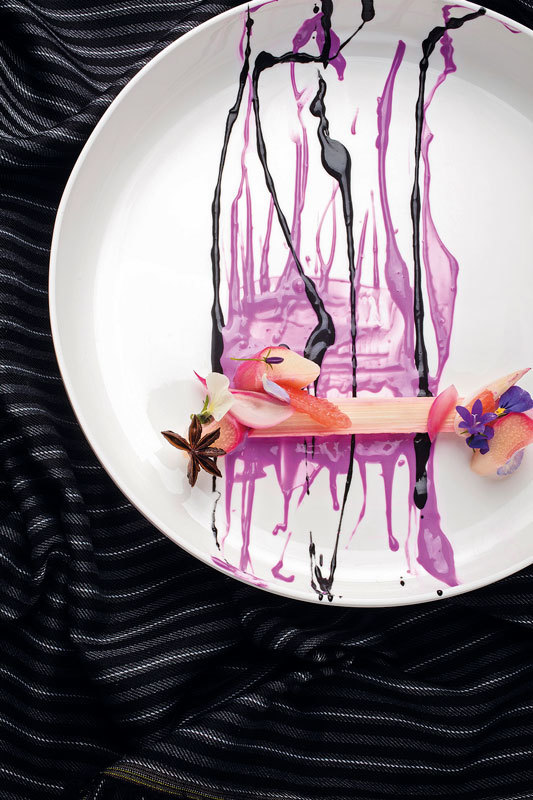 The dinner was certainly not a passive affair with entertainment from some unusual directions. For something totally different, breaking all the traditional rules, Yann invited all 50 diners to leave their seats and move to the kitchen to see how he prepared the dessert. I am sure it was a ‘first’ for most of the guests that night. 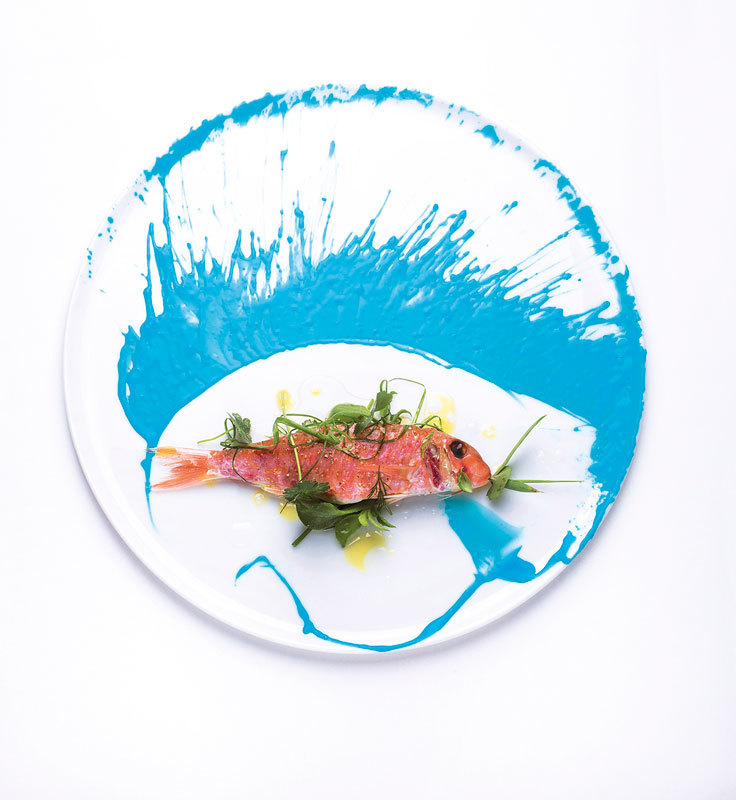 His lively presence is always a feature of any evening, regaling his audience with stories of past favourite foods cooked by both his grandmother and mother and memories of growing up in France.

He describes the humble spoon as his favourite cooking equipment, using it like an artist uses a brush to mix and create the colours and shapes that make his dishes so different. An evening with YBL is indeed one to remember.

Petty Pandean Elliott’s fascination for food and cookery goes back over 13 years when she began holding modern Indonesian cooking classes for her friends in the UK. Petty participated in the BBC Masterchef competition in 2001. In Jakarta, she has been an active food writer for the past 10 years and thus far has published 2 cookery books. She regularly collaborates with leading hotels and restaurants to promote modern Indonesian food paired with wine and local cooking ingredients.