Located at the crossroads of Western Asia and Eastern Europe, Georgia is a country many Indonesians may not be familiar with yet. H.E. Zurab Aleksidze, the Ambassador of Georgia to Indonesia, aims to change that. 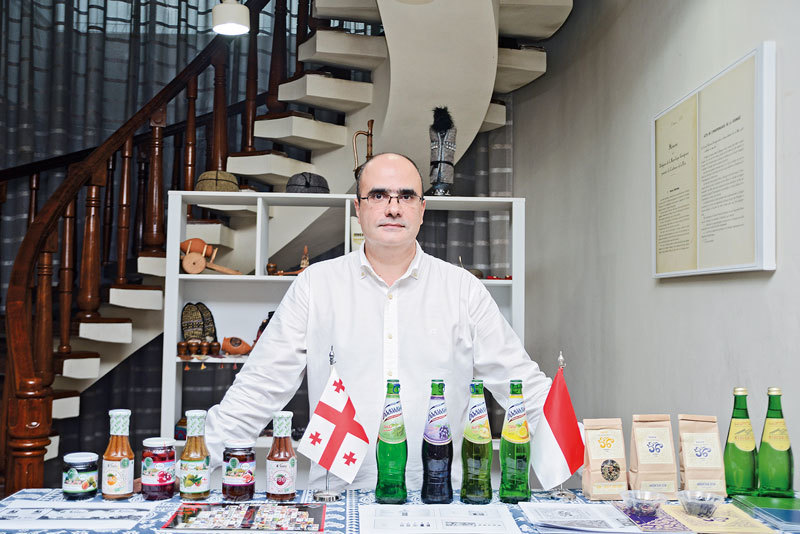 Over the past couple of months, the Ambassador has hosted a number of events to present Georgia as a tourist destination and the country’s ancient wine-growing region Kakheti.

Last month, he invited friends from the hospitality industry and the media to the Embassy again to introduce Georgia’s favourite soft drinks and herbal teas to the local F&B industry.

“Georgia is a very rich country with many different products,” the Ambassador said. “Both the soft drinks and the herbal teas are very popular in Georgia, and we are happy to introduce them to the Indonesian market.”

Since its launch in 2005, Natakhtari Lemonda has quickly become one of the most popular soft drinks in Georgia. Available in different flavours such as lemon, cream, pear, saperavi (a grape native to Georgia) and tarragon, this particular soft drink bears an original taste thanks to its rich fruit concentrates. Consisting of water, sugar, natural aroma and natrium benzoat, Natakhtari is already available in 20 countries across the world, including Greece, the United States, Germany and Russia.

Kona, on the other hand, is a new Georgian brand of tea and herbal mixes. Its motto “Pauca Sed Bona”, which translates roughly as “Quality over Quantity”, speaks for itself. Kona currently has nine unique blends as well as black, green and bilberry teas. 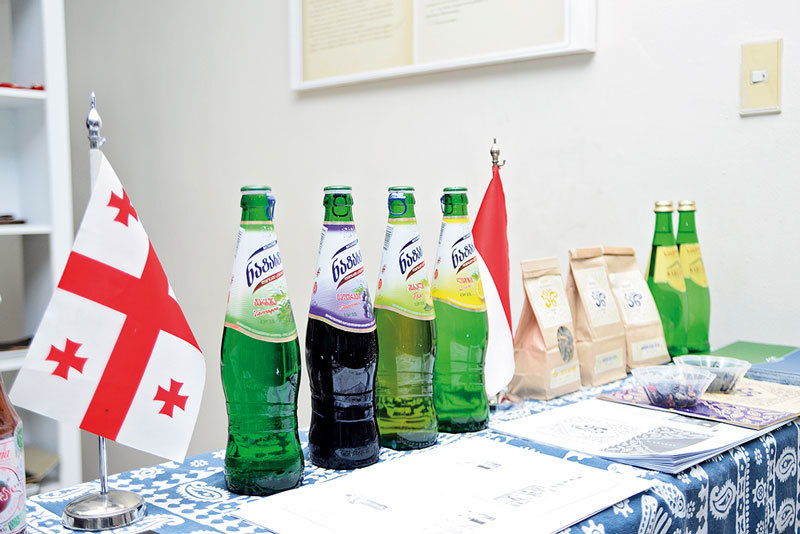 The blends have intriguing names such as “Naina – Lullaby”, which is described as a bouquet of sweet dreams with linden flowers, orange blossoms, lemon balm, spearmint and verbena.

“Orion – Winter is Coming” is a nod to HBO’s popular TV show “Game of Thrones”, that makes prominent use of this line. Kona has translated it into an ancient mix to protect the whole family with bilberry tea, roseships, raspberry leaves, oregano, linden flowers, pine buds, licorice roots, lemon peel, calendula and Echinacea flowers.

“Serendipity in Tiflis” pays homage to the Georgian capital and is a warming and spicy bouquet to boost one’s mood and energy, whereas “Zena – Svelte and Pure” is said to be a slimming and detoxifying brew. New mothers, pre- and post pregnancy, should give “Anana Gunda – Goddess of Fertility” a try.

“Ali and Nino – Spice Up Your Love” is hailed as love potion with a Caucasian twist. The latter is a mix of rooibos, cassia, cocoa nibs, roasted almond, allspice and coconut sugar and rose petals.

The different blends taste as alluring as their names – and it quickly becomes clear why they rank among Georgia’s most popular beverages.