Promoting the Culinary Richness of France

It isn’t everyday you get to enjoy a meal prepared by a two Michelin-starred chef. 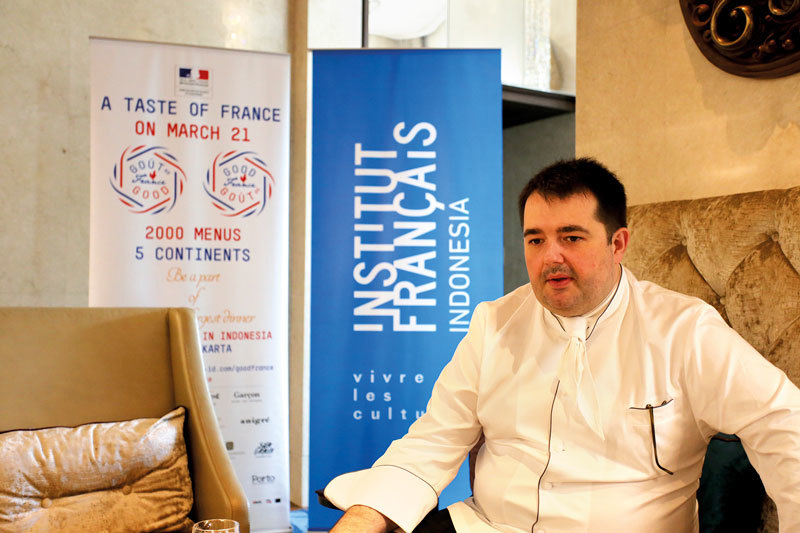 So when we heard that the famous French chef Jean-François Piège was coming to town, we jumped on the opportunity to meet the man himself and to taste some of his creations.

Known as a member of the jury in the French Top Chef as well as GQ Man of the Year 2015, Piège has a larger-than-life presence. He appears regularly on various television shows and has also been a special guest chef at the Cannes Film Festival.

It was his passion to introduce the art of French gastronomy that brought him to this part of the world. At the Good France Gala Dinner 2017 held on 26 March by Institut Français d’Indonésie (IFI) and Indonesian French Chamber of Commerce & Industry (IFCCI), Chef Piège showed Indonesian diners what it meant to sample a truly French dining experience, which he formulated as a four-course meal made with ingredients that were especially flown in from France.

“To serve real French food, we have to learn about the values of French gastronomy, which are respect to nature and respect to flavour and ingredients. When I work in the kitchen, every ingredient is cultivated and selected with care to be processed with original methods in order to ensure its authenticity,” Chef Piège told NOW! Jakarta. 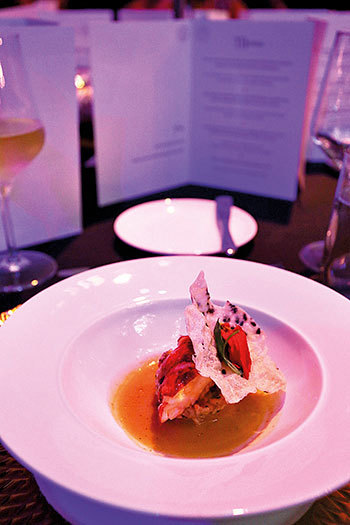 It was a message perfectly in line with the campaign called Goût de France or Good France, which was aimed at providing diners with authentic French dinners and be part of a unique adventure. Held on 21 March, the event attracted 2,000 participating restaurants in five continents, making it the largest dinner in the world celebrating French gastronomy.

“I hope I can promote the beauty of France through my food. Hopefully after tonight, more Indonesians are encouraged to visit and explore France and all of its uniqueness,” said Chef Piège, who hails from Valence.

“I think the most important thing in life is not about wanting to be something or someone big, but to give and share what we have with others. The keys of happiness for me are work, passion and the spirit of sharing good food.”

During his four-day visit to Jakarta, the chef also got the chance to get up close and personal with Indonesian cuisine.

“Indonesian cuisine is very unique. One dish could have 20 flavours or more, something that we cannot find in French food. I didn’t have time to really explore the country, so I hope I can come back here one day to experience more of Indonesia’s beauty,” he said.