The Distinctive Taste of Honey Lane

Both locally made and imported honey is available at Jakarta’s premium supermarkets. However, while anyone can find liquid (“runny”) honey easily, I rarely see creamy-texture, semi-solid whipped honey – and most honey available here is the non-infused one. Honey Lane offers liquid honey along with whipped honey; they are made with local nectars, and are infused with Indonesian ginger, cinnamon as well as vanilla, hence the taste of this honey is uniquely Indonesia, as nectars and spices from each country have their own distinctive characteristics and tastes. 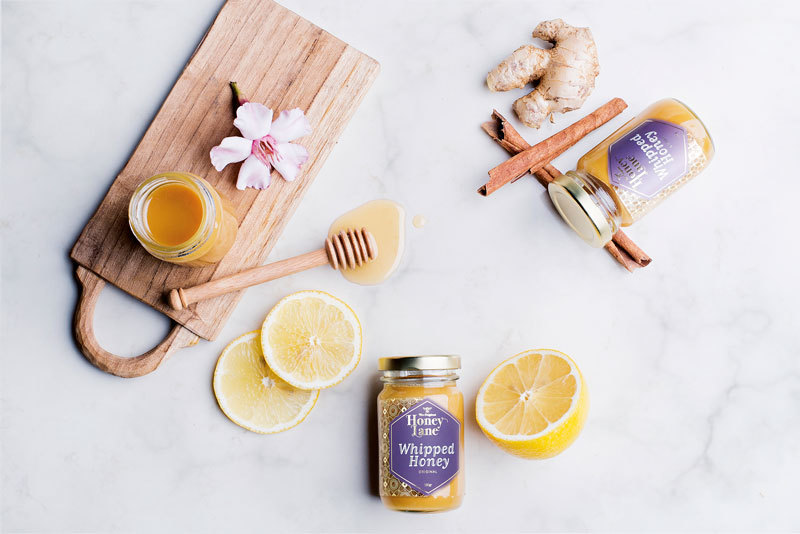 Whipped honey, which is sometimes called creamed honey (interestingly, there is no cream whatsoever in this type of honey though), is a rarity in Jakarta.

Judging by its availability in stores, whipped honey is probably not a popular purchase in Jakarta (rather than acknowledging it as pure honey, people might wrongly assume it to be a mixture of honey and cream, thanks to its semi-solid, creamy texture and marketing label as creamed honey).

As Indonesians in general are not familiar with creamy-texture, semi-solid  honey, business-wise, offering honey in the form of whipped honey is a risky investment, but for Honey Lane, it is worth the risk. As said by Yonathan Tanjung, to survive in a saturated Indonesian honey market, as a newcomer, he has to think out of the box. Yonathan Tanjung and Noviza Gealdia are the couple behind Honey Lane, which was established in September 2016.

Liquid, clear honey is basically honey’s natural form; honey which is purposefully crystallised, thus becomes semi-solid and creamy in texture, is called creamed honey or whipped honey. The challenge, Yohannes says, is to make the honey crystallizing perfectly in order to produce a rich and creamy texture as well as a delicious taste - it took many months for him to produce the whipped honey. (Before I bought their honey, I tasted all of Honey Lane products; to me, the most delicious one is the Original Whipped Honey).

Just like liquid honey, whipped honey can also be used in baking as a sugar substitute or to sweeten tea – and due to its creamy texture, it can be used as a delicious spread on toast and breads too (my favourite way to enjoy this honey, however, is straight off the spoon, hence I can savour the taste of honey).

Not just due to its whipped honey, Honey Lane’s infused honey products also make this brand stand out in the Indonesian honey market for their uniqueness, as infused honey is a rarity here (as far as I know, besides products from Honey Lane, the other infused honey items available here is only Geofoods’s Honey & Italian Truffles which is produced in Italy, sold at Food Hall in Plaza Senayan).

Honey Lane’s liquid honey comes from rubber tree flowers in Java, while its semi-solid whipped honey is made of Calliandra flowers that grow in Java. “The taste and colour of honey vary, depending on which flowers the bees live around. However, we cannot control the types of flowers which bees visit, thus they may produce slightly different nectar; it is impossible to produce honey that has exactly the same flavour every batch,” says Yonathan.

Whether they come from the nectars of Calliandra or rubber tree flowers, Noviza says all of her honey can be used as natural sweetener that provides a healthy alternative to processed sugar. Moreover, Honey Lane is on a mission to show people that honey can add a delicious, extra flavour to various food and beverages.

In November 2016, Honey Land held a honey tasting event at Rosemary Gastropub, showing that its honey products could add flavours which compliment the taste of food, mocktails and cocktails; the honey was used to make Mediterranean Beef Kebab with Cinnamon Honey, The Donald Trump (honey, ginger and lemonade) and Feel the Bern (cinnamon-infused whiskey, honey, lime juice plus orange juice), among others.

Even though currently Honey Lane offers whipped honey and infused-honey only, producing various honey-related items, including coconut jam that uses honey as a natural sweetener, are in the pipeline. In fact, this brand will gradually introduce new product categories; according to Yonathan, Honey Lane is a fine food and beverages producer that specializes in producing honey-based food and beverages.

Honey Lane, which is on the expensive side for locally produced honey, targets consumers who are willing to pay premium prices for quality goods. “We do not use artificial flavourings. Our infused-honey products are made with real ingredients; for example, you can actually see the cinnamon sticks and vanilla beans in our honey,” says Noviza. 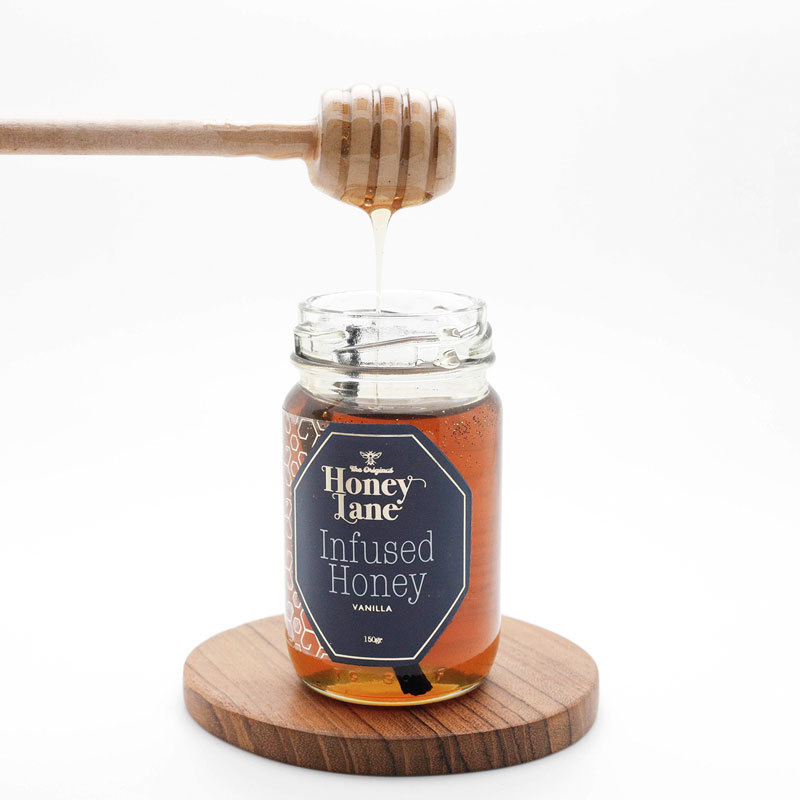 Each bottle contains 150 grams of honey; prices start at Rp 79,000 for Original Whipped Honey (Ginger-infused Whipped Honey is Rp 89,000, while both liquid Ginger-infused Honey as well as Cinnamon-infused Honey cost Rp 99,000 per bottle), while the most expensive product is Vanilla-infused Honey that bears a price tag of Rp 119,000. According to Noviza, the items that they use to infuse their honey determine the prices of finished products.

As a result of a long and labour-intensive cultivation, vanilla is one of the most expensive spices in the world, thus naturally the vanilla-infused honey becomes Honey Lane’s most expensive product on offer. “We use gourmet vanilla beans, which do not come cheap, from East Nusa Tenggara and Bali. Moreover, any vanilla buyer will notice wild fluctuations in vanilla prices over the years,” says Yonathan.

He adds that high prices plus wild fluctuations in vanilla prices is a very big challenge for him, however to produce high-quality delicious honey, he prefers to use premium ingredients that are worth every Rupiah, as he knows that cheaper ingredients surely mean a lower quality of the finished products.

Last but not least, as the proof of the honey is in the eating, Yonathan encourages people to taste the free samples of Honey Lane products at the stores that sell them.

And as spices and flowers from each country have their own distinctive characteristics and tastes, Honey Lane goods that offer exotic honey highlighting Indonesian flavours are perfect little souvenirs for your honey aficionado friends who live abroad.

Honey Lane products are available at:
(Honey Lane also offers honey dippers and butter knives, made of teak wood, and priced at Rp 39,000 each).