What Does BuGils Mean to You?

What is the first thing that comes to your mind when you hear the word BuGils? An acronym, denoting Bule Gila (crazy white folks) or… bugil… snigger, snigger – naked?

The founders of the original BuGils café in Taman Ria used this play on words to capture the essence of a fun hangout where people don’t take themselves too seriously – the girls behind the bar or serving the terrace were always friendly and open for some cheeky banter with those crazy white folks. Nakedness, however, was not part of the deal.

With the demise of Taman Ria, the founders started to open up a number of bars across the city and the name now denotes a group of bars with a similar philosophy – all have the same unpretentious, friendly European style pub/café feel, but each has its own personality.

Cazbar was first, blazing the trail in now popular Mega Kuningan. It is well known for its live music programme, the sports viewing upstairs and of course its Chicken Wings Sambel Ijo.  Eastern Promise (‘EP’), the flagship of the group, is a Kemang institution and a one-stop entertainment centre with regular live music, quirky events, sports viewing and the best British style curries in Jakarta. 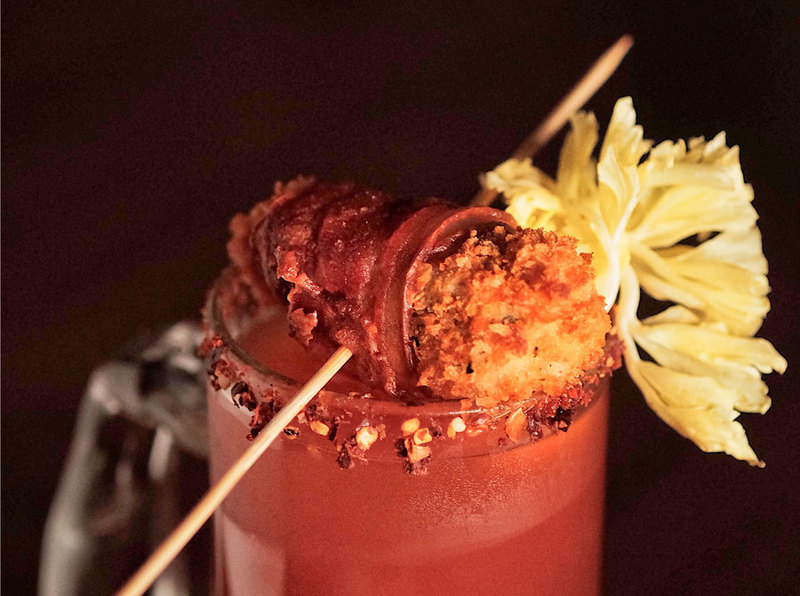 De Hooi is Pondok Indah’s favourite hang-out, next to Citibank, with popular themed party nights and a fantastic upstairs bar, while De Burse is a hidden gem in Equity Tower, SCBD – compact and bijou but packing a punch which belies its size.

Double Doors boasts three floors of entertainment in West Jakarta (Puri Indah) whereas Franks has the best smoked meats in South Jakarta - and if you haven’t tried their Jumbo Bloody Mary, complete with stuffed jalapeno… well… it’s about time that you do!