A Duffer’s Romantic Night Out at Cork & Screw Country Club

Is there anything more romantic than dinner at a fine restaurant overlooking part of a golf course? Well, ok, yes there is, but for duffers like me the new Cork & Screw Country Club in The Maj Senayan National Golf complex combines two of my favourite pastimes: eating well and playing golf badly.

Open only a few months, the Cork & Screw is already popular and on the Sunday we went it was down right busy. Because it was Sunday there were several families around the swimming pool and relaxing under the beach umbrellas, giving the place a Bali-esque feel. On weekdays I’m told lots of people come from the nearby offices for lunch or to enjoy a cocktail and a bite after work. Of course it rarely gets as busy as the two guys I saw four-putting on the green not far from the bar. In fairness, the Senayan Golf greens are a bit tricky, especially after abusing the wine list at Cork & Screw, but I digress.

There is only so much one can sample during a single visit, but what we ordered was delicious. My wife had her first choice almost wherever she goes, the aglio olio spaghetti and, despite her putting way too many red chilies on it and causing me to look for a fire extinguisher after just one forkful, she really enjoyed it. We both also enjoyed the house salad featuring a mesclun mix, with cheese, dried apricots, candied cashews and a slightly tangy Vietnamese dressing.

I also went with my default selection at a new restaurant if it’s on the menu, a charcuterie platter. Cork & Screw’s included Serano ham, spicy chorizo, Parma salami tomaquet and some of the best crusty bread anywhere.

When we return we want to try the chili cream scallop linguine, the frito misto, tataki salad and something off the grill such as the wagyu striploin, baby lobster or salmon steak. The menu also features Asian and several Indonesian dishes such as crunchy cumi-cumi with rice and grilled fish Jimbaran, which we look forward to tasting.

While the menu is varied, it’s the wine and cocktail list that is truly extensive. We had two of the house whites, which were crisp and cool, but a real wino would really appreciate all the Cork & Screw has to offer. There must have been over a hundred different bottles from around the world. Impressive.

Your choice of seating arrangements includes al fresco on the lawn around the pool, indoors with floor to ceiling windows overlooking the botanical garden setting, or under a glass canopy with comfy cushioned booths. Then there is always the bar itself where the mixologists creatively prepare colourful libations. My wife did not allow me to linger there.

Oh, and what about the golf, you ask? The Senayan course has been totally renovated to the point where it is hardly recognisable from years ago. The parrots in the trees and other birdlife are a reminder that you are in the tropics, despite being in the center of one of the most populated cities on Earth. Unfortunately, the Ciliwung river, which runs through the course, is also a pungent reminder of where you are.

But never mind the occasional pong, a truly great Valentine’s evening would be to play night golf under the lights at Senayan when it’s a bit cooler, and then head to Cork & Screw for some après golf good times. 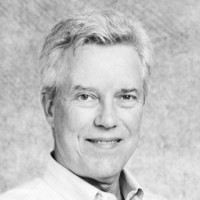