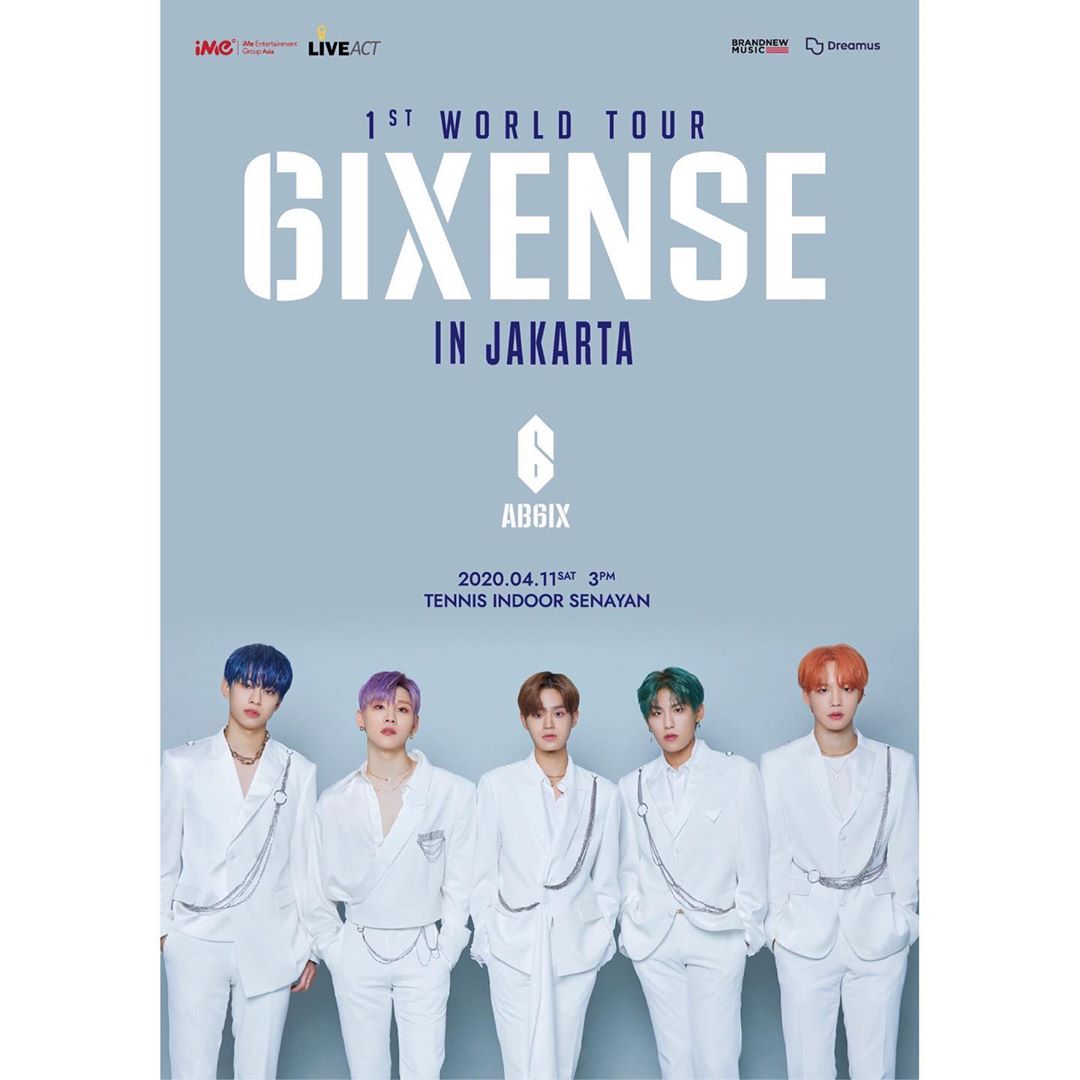 South Korean boyband AB6IX will entertain their Indonesian fans with their world tour entitled 6IXENSE. The tour was started in November 2019 and they will visit Indonesia on 11 April 2020 at Tennis Indoor Senayan.

Lim Young-min, Jeon Woong, Kim Dong-hyun, Park Woo-jin and Lee Dae-hwi currently have one album called 6ixense released on 7 October 2019. The album consists of 11 songs including their single "Blind for Love". Prior to that, they had an extended play called B:COMPLETE which has seven songs including "Breathe", the song that made them.

They are currently planning to release another extended play titled 5NALLY on 13 February 2020. On the album, each personnel will sing individually.