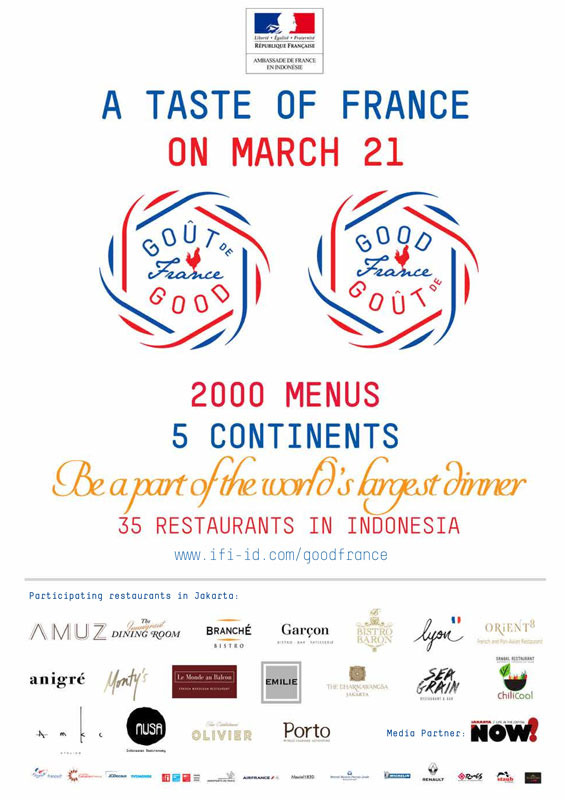 A Taste of France

On March 21, 2017, more than 2,000 chefs on 5 continents will celebrate French gastronomy. Its first edition took place on March 19, 2015, following the inscription of the gastronomic meal of the French on the list of the intangible heritage of UNESCO. 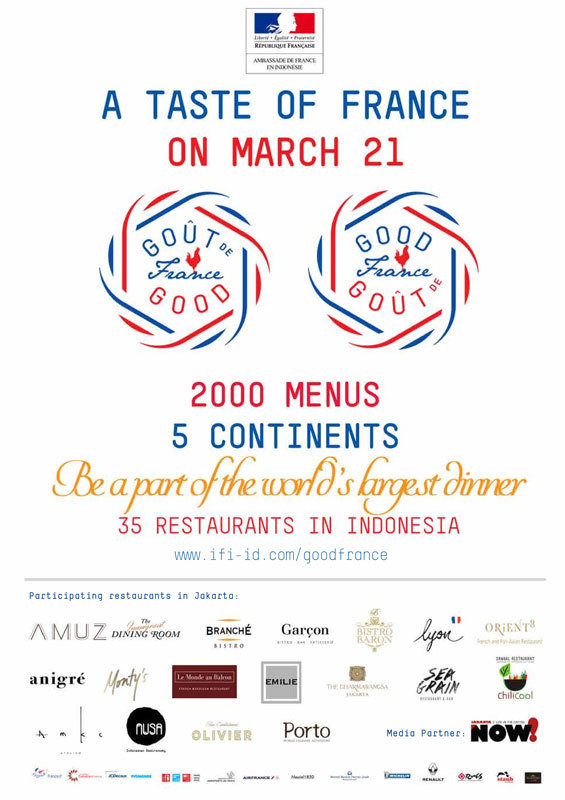 Goût de France / Good France unites chefs from all horizons and from around the world on the same evening, with one shared goal: celebrating the excellence and creativity of French gastronomy. Good France will pay tribute to the excellence of French cuisine, to its capacity for innovation and to the values ​​it promotes: sharing, enjoyment, respect for good food, contemporaries and the planet.

In addition, a 2-star-Michelin chef as guest chef from France will serve more than 200 portion of French cuisine during gala dinner on March 26th. For more info: www.ifi-id.com/goodfrance